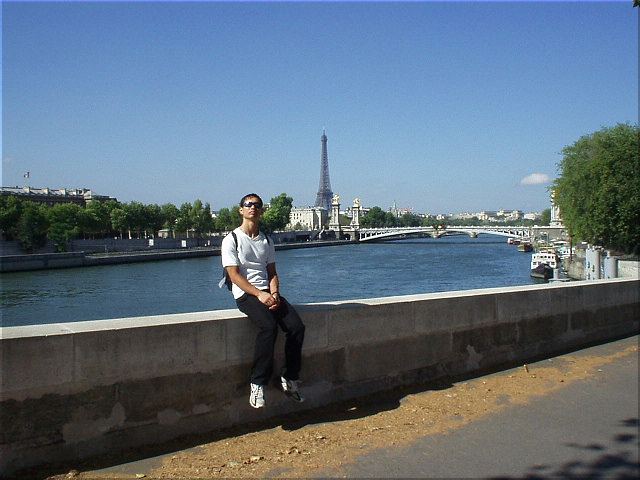 Ever since I got hooked onto cycling as a teenager I’ve wanted to go to France. After all, that is where cycling has its most storied roots, epitomized by one of the most rigorous sporting events of the world, the Tour de France, and for amateurs like myself, the oldest cycling race in the world still existent, Paris-Brest-Paris. Ah, PBP. By completing 200, 300, 400, and 600-km brevets earlier in the year, I qualified for PBP and here was my chance to fulfill my dream of visiting France.

In addition to the bike race (which took me 84.5 hours) through the French countryside, I spent several days before and after around Paris on foot and via subway. I am usually not a big city kind of guy, but I loved Paris especially since everywhere you look, there is some architectural masterpiece of historic importance. Everything there seemed beautiful… the buildings, the people, the food, even the cars. Oh, and the language! How I love the French language. I learned enough French beforehand to have many conversations with people without having to resort to too much English, making the experience all the more pleasant.

Below is an itinerary from that trip. One day I’ll return to that country, that’s for certain…