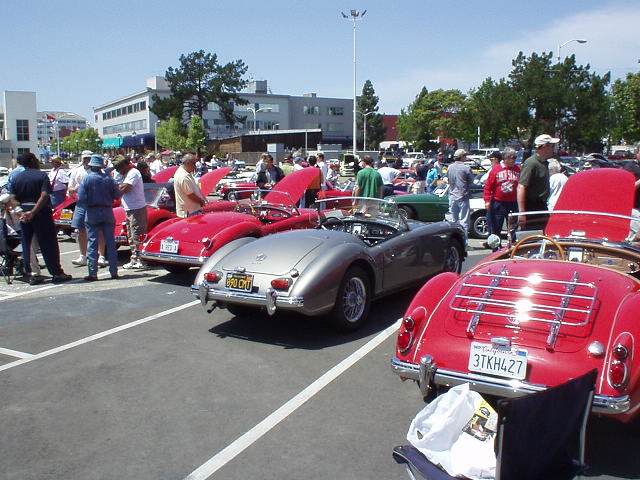 Photos from the annual MGs at Jack London Square, which I attended briefly with Sharon. The cars were featured in the parking lot this year instead of the harbor, which grouped all of the cars together but was not quite as nice an atmosphere as having them among the shops and harbor. This would ultimately be the last year the show would be held at Jack London due to logistical and cost reasons. It would be held at the San Leandro Marina in 2005.