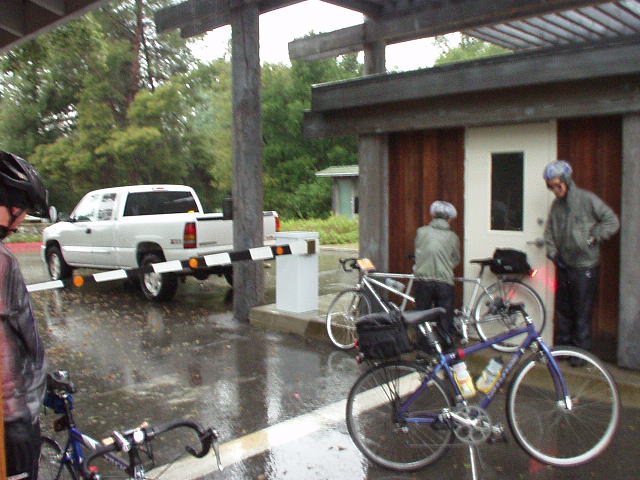 Torrential thunderstorms, mechanical problems, and organization that was almost like a disaster makes for an epic now fondly referred to as “Butterflood.” What an amazing adventure! What a mind-boggling experience.

Below are some notes. They are taken from an email I wrote.

You may have heard about unusual weather conditions in Southern CA. (Apparently, people have died.) The drive down wasn’t too bad… just lots of thunderless lightning and intermittent downpours, and I got to the start at about 1:30 a.m. I managed to sleep in the car for a couple of hours and then get ready for the 4:30 a.m. “early bird” option. (The normal start time was 6:15 a.m.) I thought that with the weather and not having been biking much, I would want to give myself the maximum amount of time to take it easy and still make the time cutoffs.

Well that turned out to be a pretty good call, I think. So this is how it went:

All in all it was a great adventure, though! And when I got back to Fremont I felt I had somewhat redeemed myself for the speeding ticket. You see, I went to get gas and when doing so a Mexican dude came around to watch how I was pumping gas. It turned out he couldn’t work the gas pump and spoke no English. He did not lift up the pump lever and we had to talk at length in Spanish for me to figure that out. I was quite proud of myself at that moment (for being able to converse with this guy, not for being able to work a gas pump. :-)) I think this is the first time I had a whole bona fide conversation (instead of just bits and pieces) with a REAL Spanish speaker!

Kudos to Planet Ultra for already posting results! Apparently, the weather was so bad that out of the 216 registered riders, only 111 started, and 86 finished. What an adventure. ↩Reply

That was some crazy ride. Anyway, I just wanted to thank you again for this website; I mentioned it when I saw you at the finish, and just wanted to say it again. ↩Reply