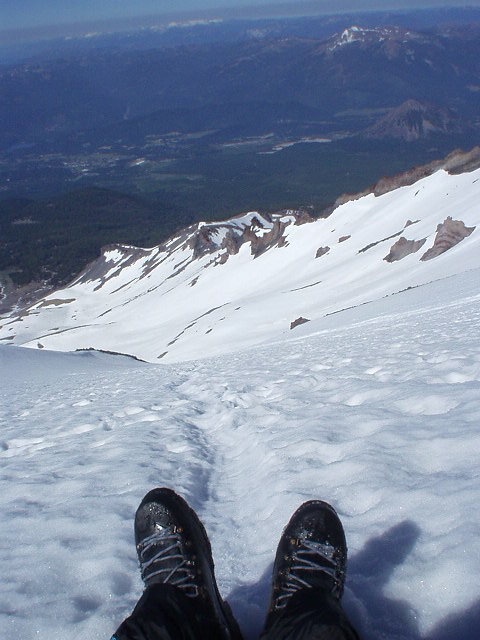 More than 4 years after my first (and failed) attempt to ascend Mt. Shasta, I finally reached the summit of this iconic Californian fourteener. Our group included Angela, Dave, Kenny, Paul, Steve, and Wendy. Here are some notes:

Sounds like your trip up Shasta was a good one. I've done that same trek to the summit 3 times and never tire of it.

There's also nothing like sleeping at 10, 300 ft Lake Helen. What a great place to look at the stars!

By the way. Great photos! ↩Reply