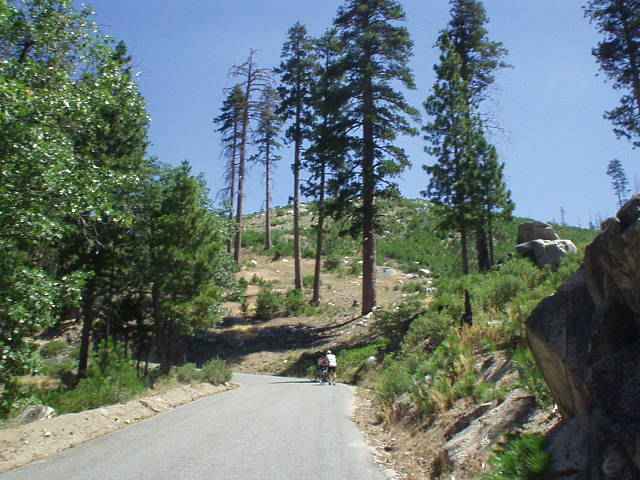 On a more sobering note, here is a reminder about how dangerous cycling can be. This is what happened in Fremont’s Primavera Century in California last weekend, which I did not participate in this year (due to living in Colorado now) but rode in 1996 and 1998.

With heavy hearts, we share the news of a fatal accident during our Primavera Century yesterday.

Participant Rich Fitzpatrick, of Pleasanton, suffered a severe injury during a crash on Palomares, and subsequently passed away at Eden Hospital.

Law enforcement agencies took statements from his riding partners and witnesses, and a report is being completed.

Our entire FFBC family is greatly saddened by this event, and wish to express our sympathy to his family and friends.

Here’s an article by the Oroville Mercury Register. One thing that should be corrected by that newspaper is that the Primavera Century is not a race, and should not be ridden as such.

This unfortunate accident adds to the list of California cycling events in which people have died:

In the Primavera, Climb to Kaiser, and Death Ride deaths, it appeared that all of the accidents occurred on a fast downhill. In Ironman CA, a cyclist was hit by a car.

My heart goes out to Rich Fitzpatrick’s family, and all of the families affected by these tragic accidents. Please ride carefully out there.

There was another death in the 2006 Sierra Century you apparently have not heard about.

The Sacramento Wheelmen have worn out their welcome in Amador County, and are starting their 2007 event at Ironstone Vineyards in Murphys, and including some 7% 1 1/2 lane wide badly-paved downgrades this year. Every time a map is shown in a newspaper article, it's different. Here's a link to the latest version...

I'm not riding the event until they show they can keep the body count at zero...