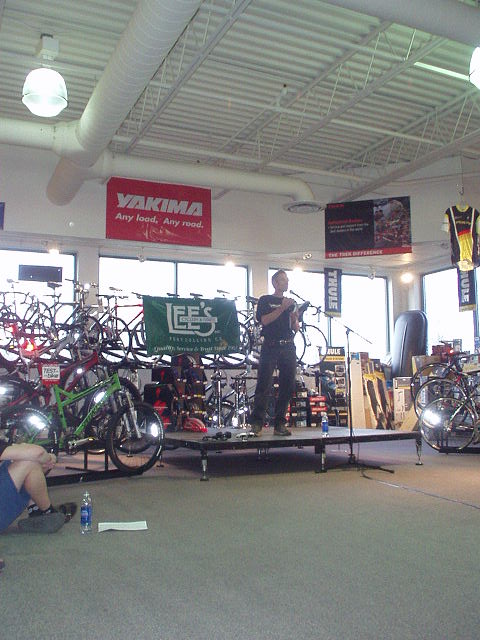 There seems to be no shortage of celebrity cyclists coming out to Fort Collins, CO. Last November there was Tom Danielson of the Discovery Team along with Trek’s chief product engineer, Mike Sagan. Today, we were honored with the appearance of legendary Ned Overend (50 years young) at Lee’s Cyclery.

I had expected Deadly Nedly to be merely recounting race stories, but did not realize he is the Vice-President of Product Development for Specialized Bicycle Components. His presentation turned out to be quite technical and very informative including descriptions of many Specialized innovations. As a mechanical engineering geek, you can imagine that this absolutely thrilled me.

Below are some notes about the topics this mountain biking and XTerra legend touched upon.

More photos from the Ned Overend Presentation are here.