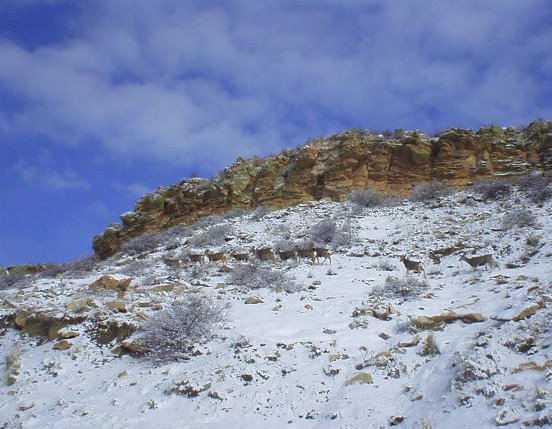 The other day I was talking with a friend from the Bay Area of California, who was complaining about the weather in the Golden State last weekend.

“It’s so frickin’ cold!” I heard on the other end of the phone. “The governor declared a state of emergency. I don’t even want to go outside!”

Her angst seemed so heartfelt that I was about to commiserate by offering my own experience with the recent arctic blast out here in Colorado, about how it was so frigid that one could probably have spat and seen his saliva solidify into ice before hitting the ground.

However, she then said something that shattered any notion that I could truly sympathize.

“It’s 34 degrees right now,” she said as if she was presenting evidence that California was turning into Antarctica, “and tonight it will go below freezing, like 28!”

Freezing temperatures in the 20s. So this is what caused the macho, muscle-bound governor of the Golden State to declare a State of Emergency, citing “conditions of extreme peril to the safety of persons and property.” The National Guard even turned its armories into “warming centers,” saying “it’s SO COLD!” No word if Arnold had asked any of his favorite tanning salons to provide “warming UV rays” too, although considering how Southern Californians’ tans were now at risk, that may have seemed like a good idea.

Additional Highway Patrol officers were dispatched in case motorists were stranded in the cold. This was especially critical near L.A. as some citizens reported some mysterious white powder falling out of the sky that some midwesterners call “snow,” accumulating maybe an eighth-of-an-inch and causing a region-wide panic not seen since a white Bronco carrying O.J. Simpson traveled down Interstate 5 at 50 mph.

Then there was the issue of sweet-tasting citrus fruit. Yes, oranges! The poor oranges! The oranges were absolutely freezing their peels off! Hopefully, warming centers were set up for the oranges!

Never mind that California’s 28 degrees were still, oh, 27 degrees warmer than what it was in Fort Collins on Friday, and one day last week—when the high was 30 degrees out here for the day—I went bicycling for two hours wearing only two layers and was still comfortable. Or that there have been days when temperatures were in the high 20s during the day, but if the sun was out, the convertible top remained in the “down” position on my car.

Anyhow, I guess one can conclude from all of this is that “cold” is all relative. Otherwise, another conclusion could be that Californians are just weather wimps.

All kidding and sarcasm aside, I do realize that the warming centers out in California were set up for the homeless and not because a few people there (Nicole Ritchie) don’t have enough fat on themselves to stay warm even if it was 80. It’s also too bad that so many crops were devastated as it creates the risk that this year Americans will be eating even fewer fruits and vegetables than they already do, if that is even possible.

Also, having lived in both CA and CO, I’ll also admit that 28 degrees feels much different in the two regions. Northern Colorado is less humid than the Bay Area in the winter, plus the sun typically shines in full force all the time. The result is that 28 degrees during a typical day in Fort Collins feels almost like 50 in CA. You will see people running in T-shirts out here on days like that.

So to all of my friends, homeless, and other citizens of the Golden State, I wish you good luck in staying warm. And may we all be able to eat oranges tomorrow.