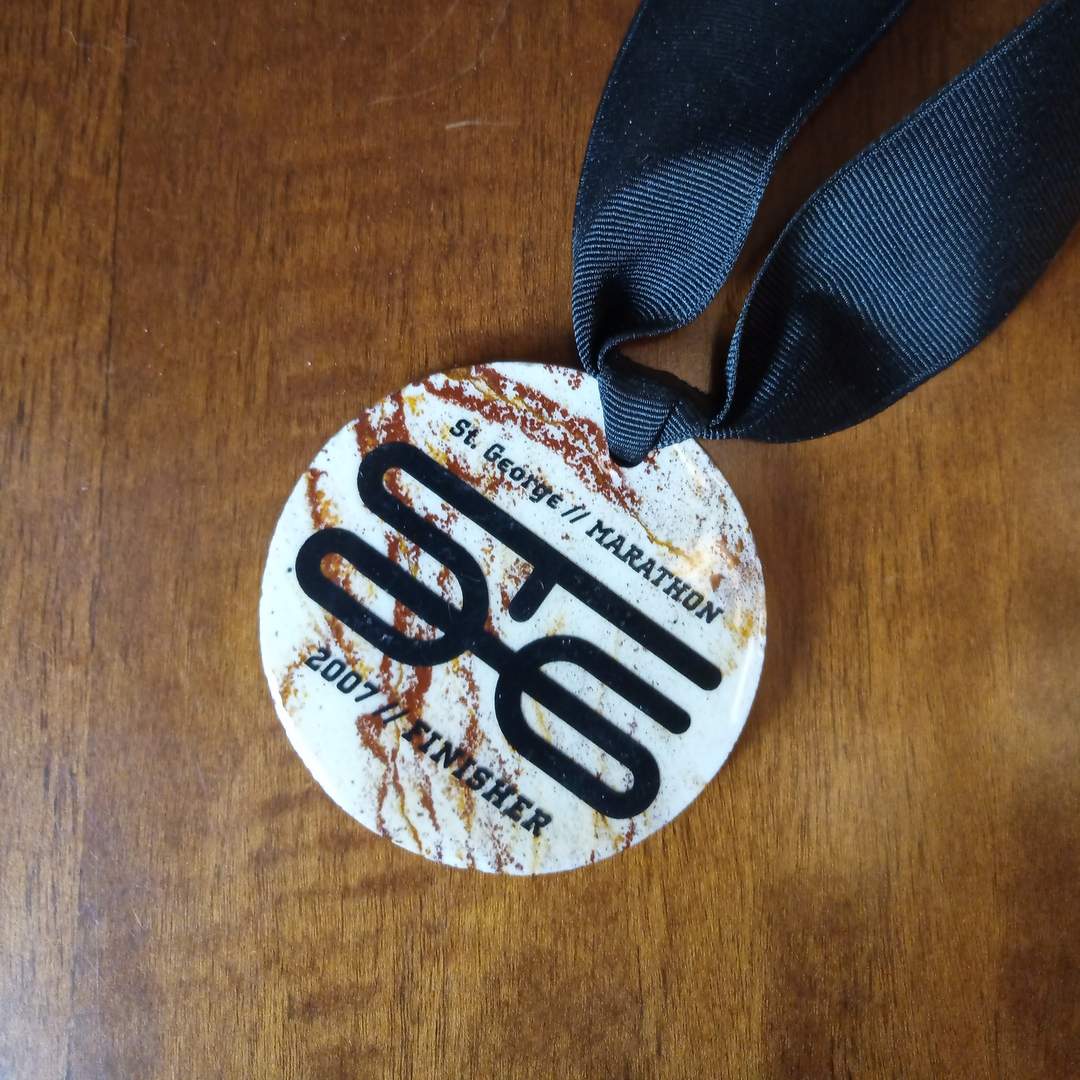 “I think I have the speed now,” I mused to a friend a few days before the 2007 St. George Marathon. “It remains to be seen if I have the endurance.”

Six days prior to the event, I did my first race in over two months—the Trailblazer 10k. In that 10-kilometer run, I was speedy enough to finish seventh overall and even win an age-group award—my first in any race where more than a couple hundred people were running. But 6.2 miles is a long ways from 26.2. The question was: Could I keep up a fast-enough pace for the last 20 miles?

Fast enough for what?

Why, qualifying for the Boston Marathon. Ever since cheering my friends Russ, Sharon, and Steve in that storied event in April 2005, I’ve always wanted to run in the world’s oldest annual marathon myself. At that moment, however, I had this problem: I was too slow. The qualifying standard for males age 35 and under is 3:10:xx, and my best time was 3:50:01. Since then, I had been roughly cutting my time deficit to Boston in half each year to the point where I ran Chicago in 2006 in 3:22:31. That was still 12 minutes shy of making it over to Hopkinton, Massachusetts on Patriot’s Day.

Whether I could make up those 12 minutes was foremost on my mind while huddling with other runners around a bonfire just an hour before the start of the St. George Marathon in the town of Central, Utah.

The marathon quickly became a race to lose.

To finish in 3:10:xx, one needs to average a 7:17/mile pace for 26.2 miles. But with so many miles being downhill after Mile 2, I was running several miles under 6:30/mile pace, banking almost one minute per mile in the process.

Even for the predominantly uphill sections between Miles 7 and 12, my splits were not far off par (7:17). And then guess what? There was more downhill. And I was back to running sub-6:30 pace…

At several points, I was thinking that I should focus on finishing the race under three hours and not merely 3:10. Or try to beat Lance Armstrong’s best time of 2:59:36. Or both.

Of course, that was before I encountered my familiar foe: The Leg Cramper.

Quite honestly, I was really surprised to see (well, feel) him, considering that I was certainly intaking enough electrolytes. Every twenty minutes after the halfway point, I would chuck a salt-and-potassium-filled Endurolyte capsule, plus I swallowed down a PowerGel that contained 210 milligrams of sodium. 210! That is roughly how much sodium a medium box of McDonald’s French fries contains.

Perhaps I wasn’t drinking enough fluids. I was, after all, drinking only about half-a-cup every three miles starting at around Mile 6. But I was afraid that if I drank more than that, I’d have to stop for a potty break during the race and lose at least a minute right there.

My friend Alyssa later proposed another theory: “Maybe you got cramps because you were running so fast.” Hmmmm.

In any case, after Mile 23, I had just about given up on the opportunity to finish under three hours, and then I was just content on Limiting My Losses.

Still, my mile split at Mile 26 was 7:58. At least I clocked under eight minutes—a first for me at this point of a marathon. Then there was only 0.2 mile to go. Even though I could see the finishing banner and dozens of people were cheering me on, I could not pick up my pace one iota, much less do my trademark sprint. My legs were spent and any additional effort would have likely resulted in defeat to The Leg Cramper, reducing me to a Julie Moss-like crawl to the finish line.

As it was, I crossed the final timing mat with 3:03:24. Success! I had qualified for Boston with seven minutes to spare.

At the finish, I grabbed a Blue Bunny ice cream cone, which was well frozen, not too sweet, and was as hard as a milk chocolate bar. Tasty stuff. But the best treat was yet to come—a free massage by a lovely young woman named Melinda. She worked on my body for about twenty minutes, applying hard and firm pressure (just how I like it) on my calves, hamstrings, quads, and glutes, frequently cooing in her soothing, sweet voice, “How does that feel?” (“Reeaally good…”) At the end, she even apologized that she had to stop, and I can honestly say that was by far the best free massage I’ve ever had.

Later that night, when boarding a Boeing 737 in Las Vegas, a guy sitting behind me glanced at my St. George Marathon shirt and asked, “How did you do?” He had participated in the race too and was on pace to finish in 2:56. At Mile 25, however, his legs cramped up tighter than a tetanus-infected jaw. “At that point, I wasn’t even sure if I was going to finish,” he lamented. (Fortunately, he did, in 3:07.)

In fact, he was one of the few people I had passed in the closing miles while my calves were on the verge of having spasms of pain and my body was ready to say, “Enough!” It turned out I had just enough endurance after all.

Congrats, Felix! Kudos to you for running a negative split, too. ↩ Reply

Hey Felix, I've been researching a lot of marathon related stuff on google and came across your site. I really enjoy reading your blog. I even added you on facebook but since you don't know me I understand if you don't accept.

Anyways, I got into the marathon shenanigans this year. I'm a third year at UC berkeley. Last summer, I ran my first half and finished at 2:08. Just last Sunday, I ran my first marathon at CIM with a time of 4:19.

Do you know what I should do in order to qualify got Boston? I know it's really early since I'm only 20 but all this talks about Boston makes me want to challenge myself to qualify for it. ↩ Reply