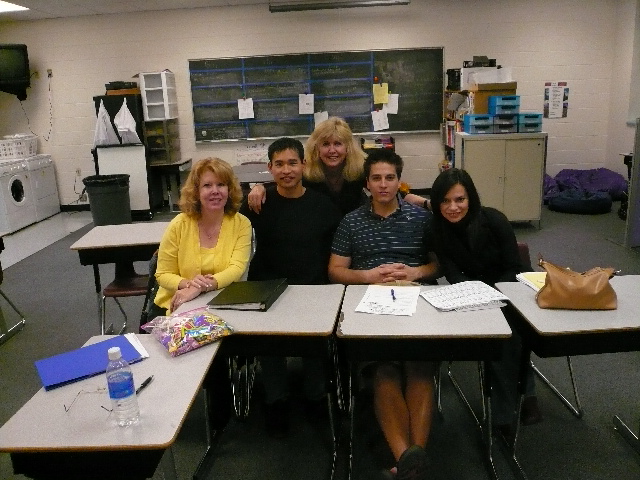 I’ve been trying to cut down on the amount of time I spend reading the news everyday (as per one of my New Year’s resolutions), but the headline of one article, purportedly a “death” announcement, caught my eye. Especially when you consider that “bad” news constitutes a fairly low percentage of articles in Fort Collins (which had, for example, zero homicides in 2000, 2001, 2002, and 2004) versus, say, the everyday headlines in Stockton, California (which my friend Nick of Fort Collins assures me is in the national news virtually everyday now due to being Foreclosure Capital USA).

But I digress. Actually, when I read this article, I couldn’t help burst out laughing since the obituary was about someone I actually know—my wonderful professeur de français from last quarter. Her name is Arla. Don’t worry though, she hasn’t died.

Instead, she wanted to make it well known that her marriage had, um, dissolved. Well, I already knew that. But apparently many of her other friends had not, so she attempted to make an announcement in local paper. The Coloradoan, however, objected, saying that “the pages of a newspaper are a place to announce weddings, engagements, births and deaths.”

Happily, though, The Coloradoan relented, and published this article entitled, “Woman announces divorce, freedom after 20 years of marriage in which she proclaims the “death” of her 20-year marriage. Very funny!

I just wish the article wrote more about her husband, who from what I know about him seemed pretty cool. E.g., a couple decades ago he and Arla had a Jaguar E-type. Okay, that’s all I know about him, but per my reasoning, anyone with such good taste in sporting machinery must be at least semi-cool.

Good luck to Arla finding a new mate if she wants one. I’m sure she will have no problem, as she is quite a catch!