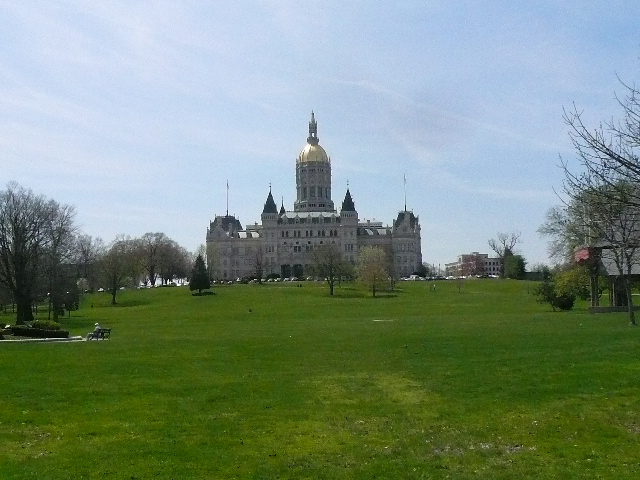 I took a two-hour Greyhound bus from Boston to Hartford, Connecticut, mainly because 1) I’ve never been to Connecticut before, and 2) flights from Hartford to Denver were a lot less expensive than from the Logan Airport in Boston that day, even when factoring in the cost of the bus ticket. I’m glad I did so—particularly because this is where I met a Kenyan runner named Gideon Mutisya.

“Yes, but I dropped out after Mile [14? I forget],” he replied. Apparently, allergies did him in ever since he landed in Boston. Plus, he was competing for prize money, and once it was apparent that his chances for it were over, he stopped to spare his legs for his next race: the Bloomsday Run in Spokane, Washington.

Ah, yes—he was an elite runner. Indeed, he told me that in the 90s, he even had an international marathon ranking of number six! Now, he is 45 years old but still running 2:14 marathons. Of course, I jumped on the opportunity to ask him questions about his training, like how many miles per week did he run (70-90, although when he was younger, he’d normally do 120), and how many days a week he ran (six—he would always take Sundays off).

Turns out he was going to go to Hartford and then fly down to Atlanta to visit a friend before flying out to Spokane. Coincidentally, he attended the University of Wyoming at Laramie—just about 60 miles from where I live in Fort Collins, CO.

Anyhow, regarding Hartford: it made a great impression on me as I got off the bus in downtown, but it went downhill from there.

One of the first things I saw when getting off the bus was the state capital building on top of Bushnell Park. It is amazing! Bushnell Park was also the first public park in the nation. It also was beautiful.

Downtown is very clean, and at first I thought this must have been an extremely affluent city. After all, it is considered the “insurance capital of the world,” where many insurance companies like Aetna are headquartered.

The weather was also very nice—too warm for my thick wool jacket. There were several runners out in T-shirts and shorts, and many professionals walking around downtown in their business suits and tie.

The reality of Hartford, though, is a little different from these initial impressions. Hartford actually has one of the highest poverty rates in the entire United States, second to only Brownsville, TX. A whopping 30% of the population is impoverished. It’s a city of haves and have nots, with executives driving their topless new Mercedeses around town, and corpulent youngsters with pants halfway down their legs blocking the entrances to Burger King.

It’s a very diverse city with Caucasians comprising a minority. And the weather is actually supposed to be terrible many days of the year: hot and muggy in the summer; snowy and frigid in the winter.

Still, it was nice to get a glimpse of this historical city where some of the first English people settled, and where ideas such as investing the power of the government in the people (instead of some higher power) were fostered.