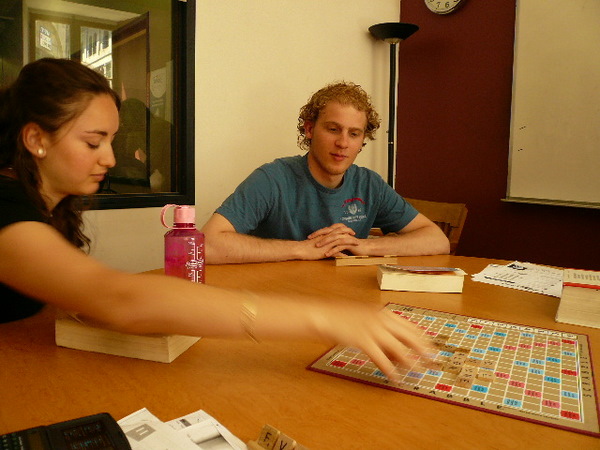 According to the late linguist Michel Thomas, 60% of all English words are derived from French. Now, that should make learning French rather “easy,” but a week after commencing intensive French classes here in Montréal, I still find myself mangling and mispronouncing words worse than a first-grader overdosed on candy.

Part of my problem is that French vowels and letter combinations are often pronounced much differently than a recalcitrant Anglophone would expect them to be, and that some words have completely different meanings than you’d suspect. Here are some examples ma professeur gave today.

The French word for neck is cou (rhymes with “who”), but if you say it even the slightest bit wrong, it could be misinterpreted as cul—or “ass” (“butt,” not donkey). The problem is the letter ‘u’ is pretty hard to pronounce in French (imagine pursing your lips and saying ‘e’ and then ‘ooh’) and the last letter of words are usually silent (in the case of ‘cul‘ it is not because the last letter is an ‘l.’)

Cou, incidentally, is also pronounced exactly like coup in beaucoup (plenty). Hence, one needs to be careful about going up to a woman and saying something like “vous avez beaucoup [de…],” because if she heard you say “vous avez beau cul,” she might slap you.

Another oddity is the word “blesser.” You would probably guess that it means “to bless.” In fact, it means “to hurt” or “to wound.”