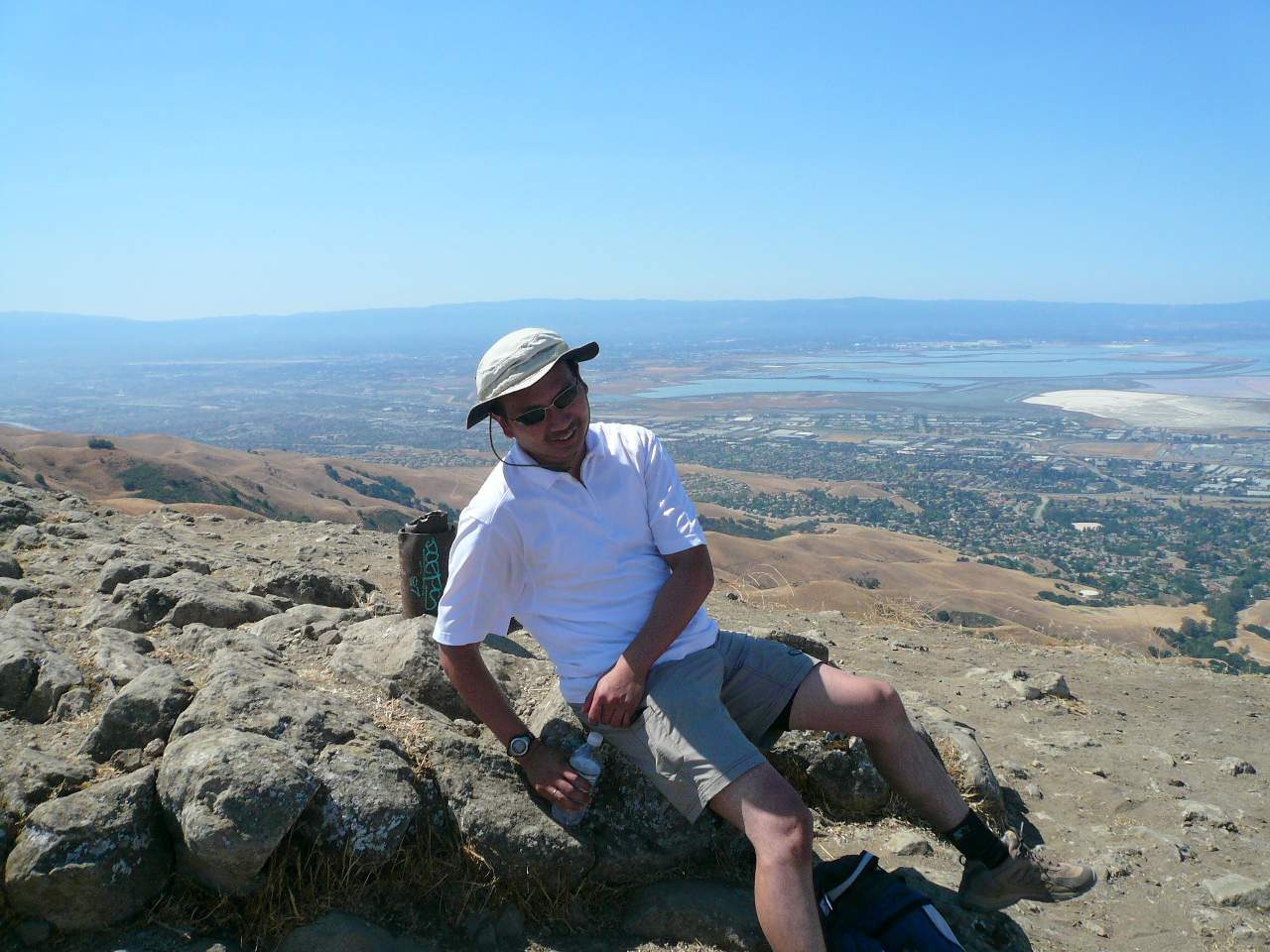 Of all the climbs in the world, the most significant to me is the one towering over Fremont, California, a town of 200,000 where I lived for seven years. Mission Peak, after all, is where I’ve hiked a couple dozen times with 40 lbs on my back to train for Mt. Shasta and Mt. Whitney, and gone up during the middle of the night to celebrate the Winter Solstice.

It’s also a place where I have (randomly and not-so-randomly) encountered old friends. And so it felt entirely appropriate to go hiking there with Bandy, an ol’ buddy from high school, during a brief visit to the East Bay one weekend in September.

We started hiking up the trail at around 10:00 am. It was already getting hot (near 90 degrees), so we walked at a casual pace, catching up on our lives over the last year.

I also marveled at the sheer amount of people who were here—it never was like this five years ago. From anywhere on the trail, it was possible to hear other people’s voices. When we reached the summit, a half-dozen people were already hanging out, some peering into the tubes-in-a-pole used to view landmarks around the Bay Area.

All of them left soon after Bandy and I arrived aside from a (probably teenage) girl who—a few minutes after refusing to respond to me after I cheerily said “hi”—came over to ask us if we had any water.

I could understand her predicament. It was a hot enough day to roast ants, and the climb was about 3.5 miles with 2,500 feet of elevation gain. She still had 3.5 miles to go down. And clearly, she was dehydrated.

So immediately, I stretched out my arm to hand her my half-full bottle of water, saying, “Here, take this. I don’t need it. Please.”

Her response caught me off-guard.

“No, I mean an unopened bottle of water.”

We didn’t have one, so she walked off, empty-handed, thirsty and disappointed.

Meanwhile, Bandy and I just looked at each other with confused looks on our faces, until she was safely out of hearing range.

Finally, I muttered, “Man, if one’s thirsty, one really can’t be that picky.” I then made a comment about how a fellow racer in the Tour Divide was so desperate for water in the Medicine Lodge area of southern Montana that he resorted to drinking untreated water out of a trough shared by cows—and here this girl wouldn’t even accept a perfectly good bottle of water that I had drunk from.

Anyhow, so this is another thing we can add to the list of things that make Mission Peak notable in my life: it’s where I learned I have the cooties. Oh well.