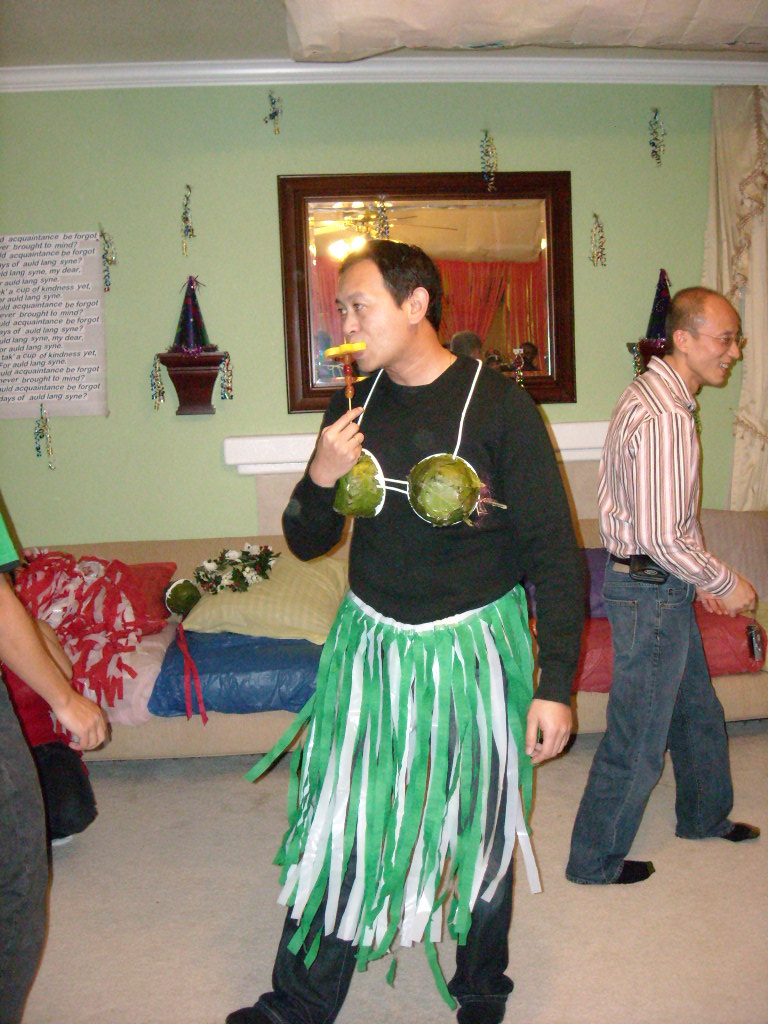 Considering that 2008 turned out to be one of the most memorable years of my life, it made sense to end the year the way it began: with a New Year’s party with a buddy from high school, Bandy, and his relatives in Stockton, CA. But I did put in a specific request for the party. Er, make that a demand.

“If you’re going to make us belly dance again,” I joked, “I’m NOT coming.”

Thankfully, true to their word, Bandy and the other organizers (Thai, Susan, Thavrin, and Mony) did not have us guys make complete and utter fools of ourselves by belly dancing in front of the women. Instead, they made us look like uncoordinated Gumbys with D-size breast implants by forcing us to hula dance. For the second year in a row, Chinh fended off fierce competition from the likes of booty-shaking Thai and pelvis-thrusting Harry to win the contest.

This year, the women had to get in the action too, by which I mean more than sitting on their behinds while laughing at the men. They had to participate in a break dance competition. Some of them were actually pretty good!

Other activities included a limbo contest (where most of us literally fell flat on our butt, myself included) and bottle decorating (for the kids), in addition to watching highlights from last year’s party while munching on enough food to feed a whole village in coastal Vietnam and basically just having a good time.

Finally, the New Year’s ball on Times Square dropped on TV (I guess it actually had done so three hours before?) and a bunch of us celebrated the moment by blowing horns and texting loved ones. We then danced until 1:00 a.m., which by then, I think all of us were ready to sleep and get ready for the new year ahead.

After all, 2008 was remarkable year in so many ways—one that will be hard to beat. But if Bandy’s party was any indication, 2009 is off to a good start.