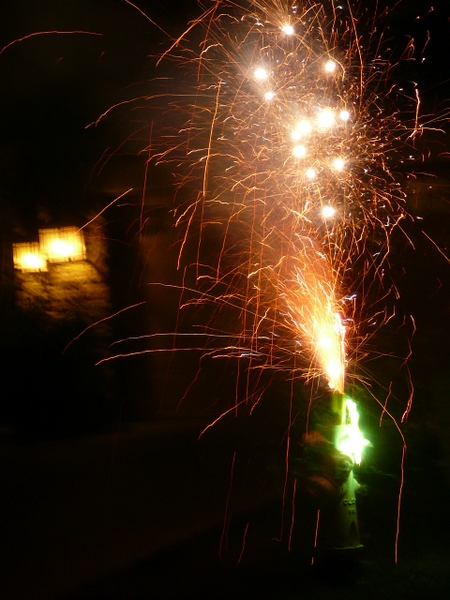 The new year came with me belly dancing in front of a whole group of women. But this was NOT my idea (or wish!) It was part of a “competition” where every guy present was coerced to take part of by Susan, one of the hosts of a new year’s party in Elk Grove, CA that a good friend from high school, Bandy, and I went to.

Belly dancing was only one of the new year’s activities before the traditional new year’s countdown at 11:59 p.m. Thai and Susan—relatives of Bandy—actually had a whole night of activities planned. This included:

At midnight, the neighbors decided that Thai and Susan’s party was better than theirs, so a whole throng of them came in and had champagne with us.

Afterwards, they ignited some fireworks in the street, some of which not only were impressive in their colors and intensity, but for how long they lasted. Many people facetiously said, “I didn’t even know fireworks are legal in Elk Grove” but none of the neighbors complained (maybe because they were all there enjoying them).

The party was basically over by 2:30 a.m.—with a bunch of us then crashing at Thai and Susan’s—but instead of sleeping, Bandy and I were up talking until almost 5:00 a.m. I guess we had a lot of catching up to do since we saw each other last (in Colorado last January).

Needless to say, I had to put new year’s resolution #1 on hold until January 2nd. In any case, it was a very fun night. Thanks to Bandy for inviting me to this.

Oh, and if you must know, I didn’t win the belly-dancing contest. In fact I am trying to get Bandy to destroy the evidence.