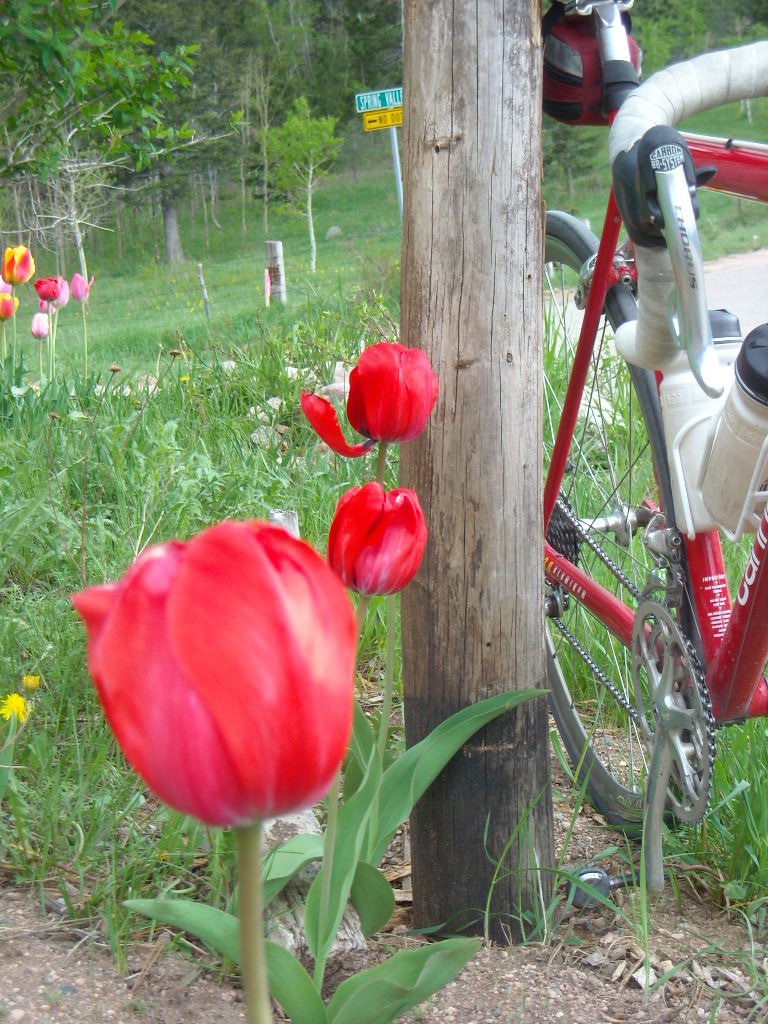 Up to this point, my run mileage for the year exceeded my bicycling mileage—something that is particularly remarkable because I had been running fewer times per week than a toddler gets up to run around the living room within 10 minutes. This is to say that I had been cycling very, very infrequently this year. This was not good considering that a 9.8-mile time trial up Vail Pass I already registered for was coming up soon. As in the following week.

Desperate times often require desperate measures, and hence I decided it was time for the “shock and awe” approach to get my body in cycling shape as quickly as possible. Rist Canyon—which offers a continuous climb of nearly 12 miles for a total elevation gain of 2,200 feet—fit this prescription. In addition, on the return from Rist Canyon through Stove Prairie, the roads wending over and through the hogbacks adjacent to the Horsetooth Reservoir presented more opportunities for steep, albeit short, climbs.

And so I set out on this ride in the late afternoon as hill climb training, but I’d just as well had done it for the scenery. In years past, I’ve only ridden up Rist Canyon in the winter when Northern Colorado literally does not receive a single drop of rain and when the wild grasses and prairie land were predominantly honey-colored. In contrast, with the recent record spring rainfall (three consecutive weeks of almost daily afternoon rainfall), NoCo at this time had turned uber-green and could have easily been easily mistaken for the Pacific Northwest.

That is, except for the area east of Stove Prairie. Instead, this area could have been mistaken for Sedona, with large swaths of red rock obscuring the horizon, radiating positive energy just as the mid-Arizonian rocks have been said to do.

Then there was Horsetooth. With its jagged rock outcroppings (some of which people were bouldering on) casting a perfect reflection off the glistening water of the reservoir, there’s no other place I’ve been to that’s quite like it.

When I arrived home I felt like I had just finished one of the most beautiful rides I have ever done anywhere in the world, all starting and ending at my front door. It turns out “shock and awe” was not just an appropriate label for the jolt this challenging ride provided to an under-trained body, but how verdant and beautiful Rist Canyon and its surroundings had become.

The total distance was 62.2 miles. In addition to being a perfect metric century, the ride also pushed my cycling mileage over my run mileage for the year.