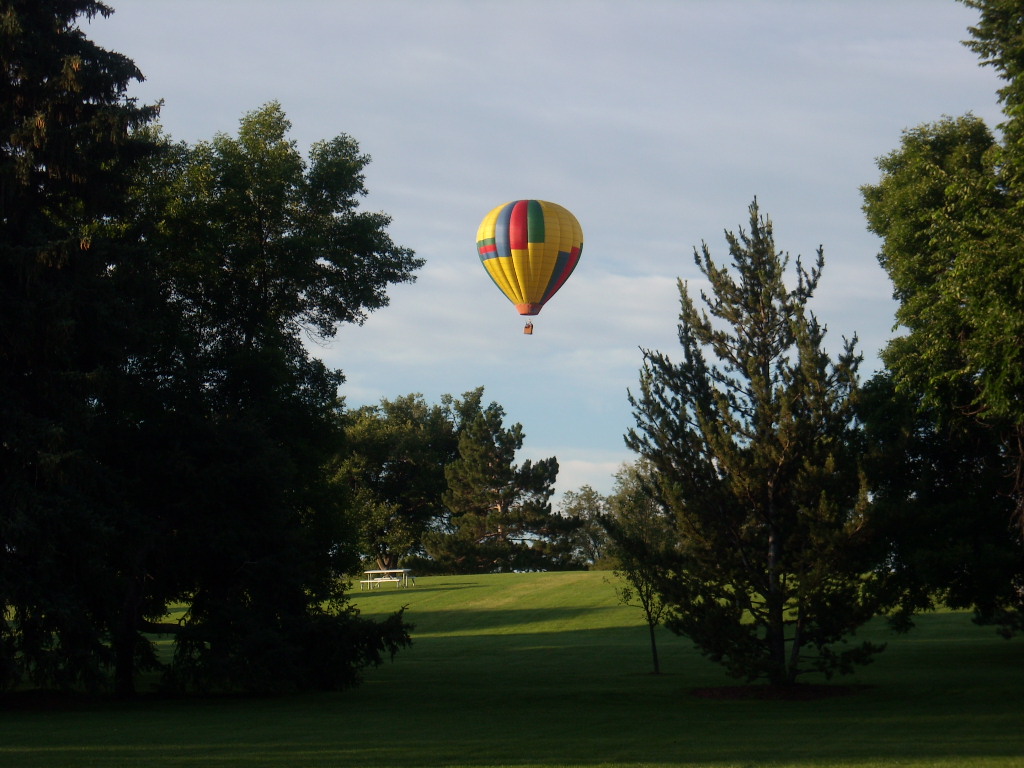 It’s not often that I go to the same place other than home twice in a single day. But this July 4th I was not at Fort Collins’ City Park just two times, but rather, three.

You may be wondering why I was frequenting Fort Collins’ largest in-town park as frequently as a homeless bench-squatter in San Francisco, but it really is quite simple. In the morning, I helped out with registration for the 40th annual Firekracker 5k before running in it. Then in the afternoon, my neighbor Tim and I headed back for a barbecue hosted by Christy and Renée. There we also met up with Tanya and her kids, all of whom were quite drenched when we first saw them as the rain gods decided to spray down the city with air-cleaning rain and also throw down some lightning bolts in the distance.

Happily, after an hour of this the clouds parted, the rain stopped and it was wondrously sunny again (of course, this only happened about 15 minutes after Tanya and her kids had already left), so Christy, Renée, Tim and I tossed around a Frisbee and then a football for a bit before digging into a delicious chocolate cake. Renée went to culinary school and already bakes better than the chefs in the supermarket delis.

Tim and I went back home later that evening, but we returned to City Park hours later with Raquel to meet up with Christy, Jon, Renée, and Ryan to watch fireworks. This was the first year I could watch the half-hour display of firecrackers being shot off Sheldon Lake, and I have to say the City of Fort Collins did a commendable job. Below is a short video I took minutes before the finale.

And no, I have not returned to City Park in the weeks since. I suppose three times in one day was enough.