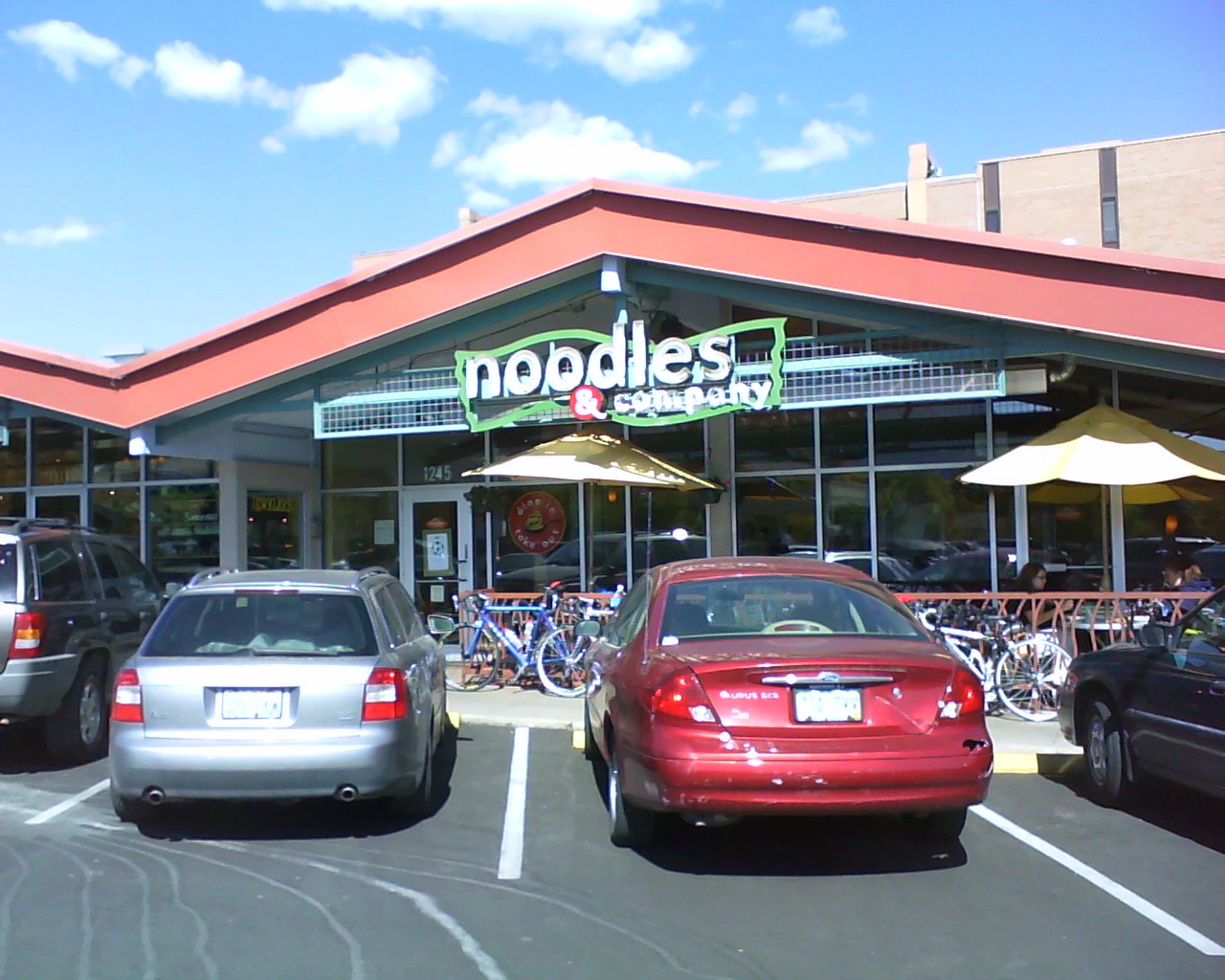 There are many organized bicycle rides that honor specific foods. For example, there is the Giro de Vino (wine) through the vineyards of my old cycling grounds of Lodi, California; the San Francisco Tour de Ice Cream; and the Texan Tour de Donut. But as far as I know, there hasn’t been a ride specifically for one of cyclists’ favorite foods: pasta. That is, at least until my friend Scott devised his very own Noodles 2 Noodles century last year. That ride went so well that he decided to do it again this year—this time in the company of friends.

There were a total of eight of us starting at the Noodles restaurant in Fort Collins riding to the Noodles restaurant in Boulder and back. Despite having a view of the Front Range and the Rocky Mountains during almost every mile, this century ride was nearly as flat as a kitchen counter—a characteristic I appreciated considering the relatively few days I’ve perched on the bicycle saddle this year. It also featured less than a couple dozen traffic lights and more country than city.

You can read Scott’s report of how this ride went.

Note about the photos: they came out with a bluish tint because I accidentally had the camera’s light meter set for fluorescent light.