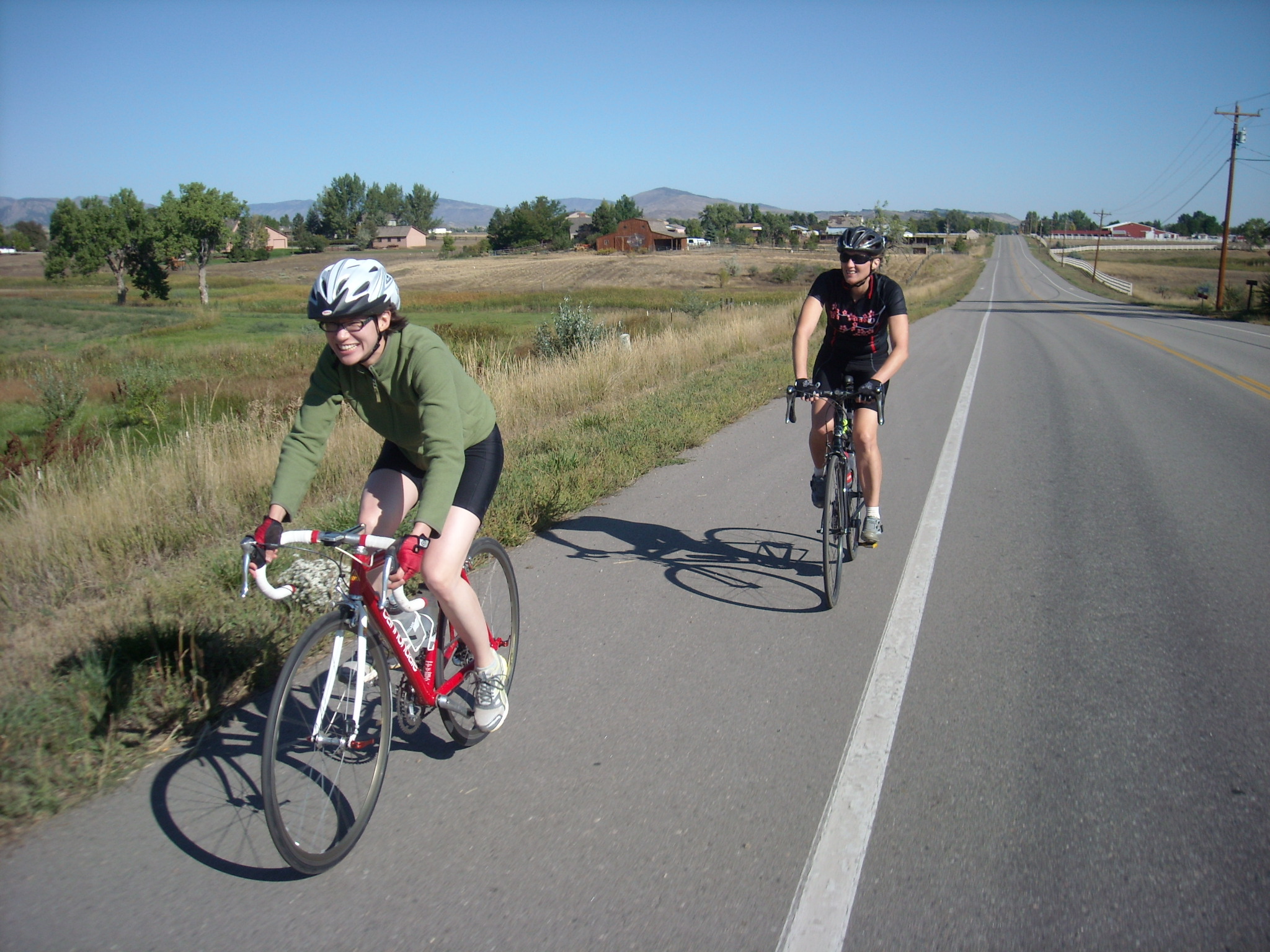 “That could be tough,” wrote Sarah after I proposed that we ride part of Scott and Celeste’s Noodles 2 Noodles ride on the Sunday she was visiting. “I have never biked 60 miles in my life! Maybe we do a shorter ride, say 30 miles round-trip.”

Amazingly, then, Sarah not only managed to ride 60 miles, but a whopping 72 miles! And this was on my faithful Cannondale 3.0 which did not fit her optimally, and using ratcage pedals I put on just for her. She can now say that she has ridden a metric century and more.

Our group consisted of seven: Celeste, Chris, Jeff, Mindy, Sarah, Scott, and myself. I rode the Gitane that I’ve been riding exclusively all month. Sarah and I actually only rode the first 30 miles of the course with the group before turning back—in addition to riding to and from the start of the ride for another 12 miles round trip. So we never made it to the Noodles in Boulder—the turnaround point for the rest of the group—but we did pass by the Noodles of Fort Collins on both the out- and inbound trip.

The ride was desktop flat with perfect sunny weather, yet another reminder of how September is my favorite month of the year. The only adversity we encountered was the old bugaboo of mine—flat tires—although not on the bike I was riding, but Sarah’s. The first flat was caused by a nail that went through one sidewall of the rear Michelin Pro Race 3 tire and out the other. I fixed the flat tire in only four minutes but did not use boot material, resulting in another puncture ten miles later in the same region. I used patches at boot material this time and we rode the rest of the way without incident.

Except for Sarah’s knees which were starting to experience some pain after 50 or so miles. It was probably due to my seat being too low for her. She is a tall woman! In any case, I am proud that Canny performed well for her, even if it was unusual to see someone else riding the red Cannondale I have enjoyed for 18 years now.

Seven miles from home, Sarah and I made a detour through the Colorado State University campus. Then we stopped at the Noodles in Fort Collins to eat some… noodles. It was an appropriate lunch considering the theme of the ride, after all.