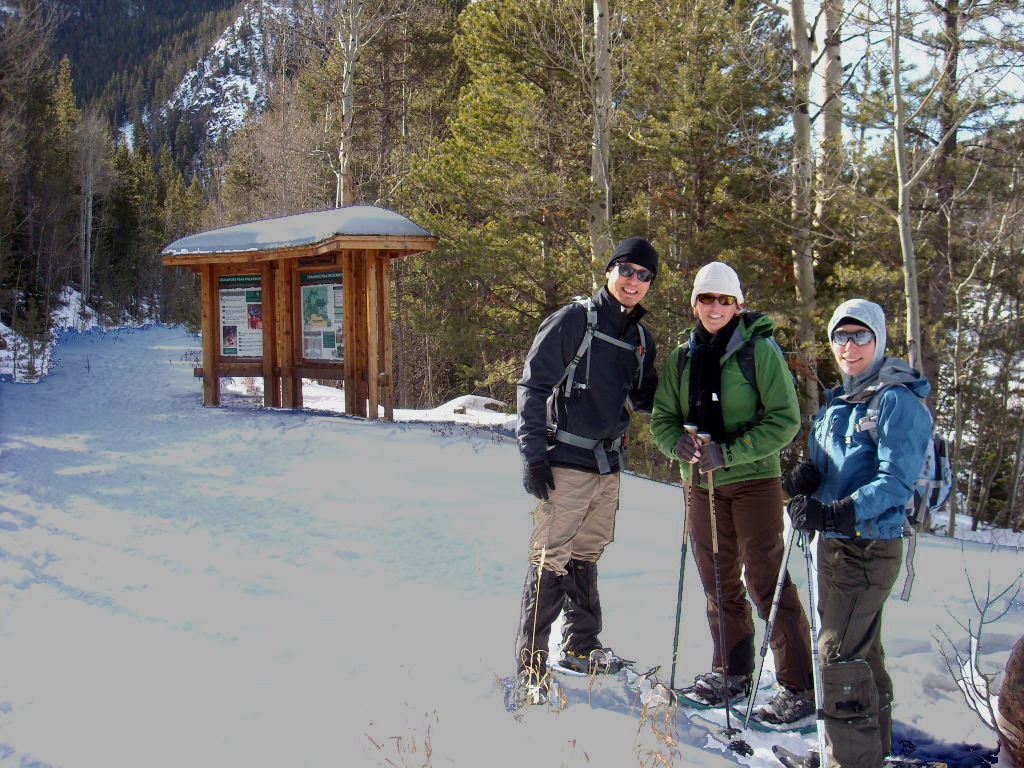 This winter along the Front Range we have received record-setting dustings of snow that began as early as October. While we never received any massing dumpings like in the Colorado Blizzard of 2006, snow has fallen with enough regularity to keep Fort Collins looking like a Winter Wonderland well into the New Year. In contrast, the mountains directly to the west of my hometown have received less snow than usual.

This did not stop Lisa, Rob, Tori and I from stomping around in deep snow with shoes befitting of Big Foot. Rather, it just meant that we had to drive further up into the mountains to find ample powder.

We started with a rather ad hoc plan of “just follow me!” of driving into the Poudre Canyon and looking for any random trailhead that had at least a foot of snow. After driving close to 70 miles, I finally turned off into the parking lot of the Big South Trail where Tori and I last year did a nice Valentine’s Day hike with a local hiking group. Here we snowshoed three miles before having a picnic on granite formations and turning around to hike back to the cars.

On the way back to the Fort, we stopped at Vern’s Restaurant in Laporte to have their locally famous cinnamon rolls. The rolls have enough calories to eliminate Third World hunger, so Rob and Tori split one while Lisa and I shared another. Lisa and I also had a bowl of chili that was absolutely delicious and stomach warming. There’s nothing like a spicy bowl of meat and beans to fill one’s tummy after a nice hike on fresh snow in the Colorado mountains.