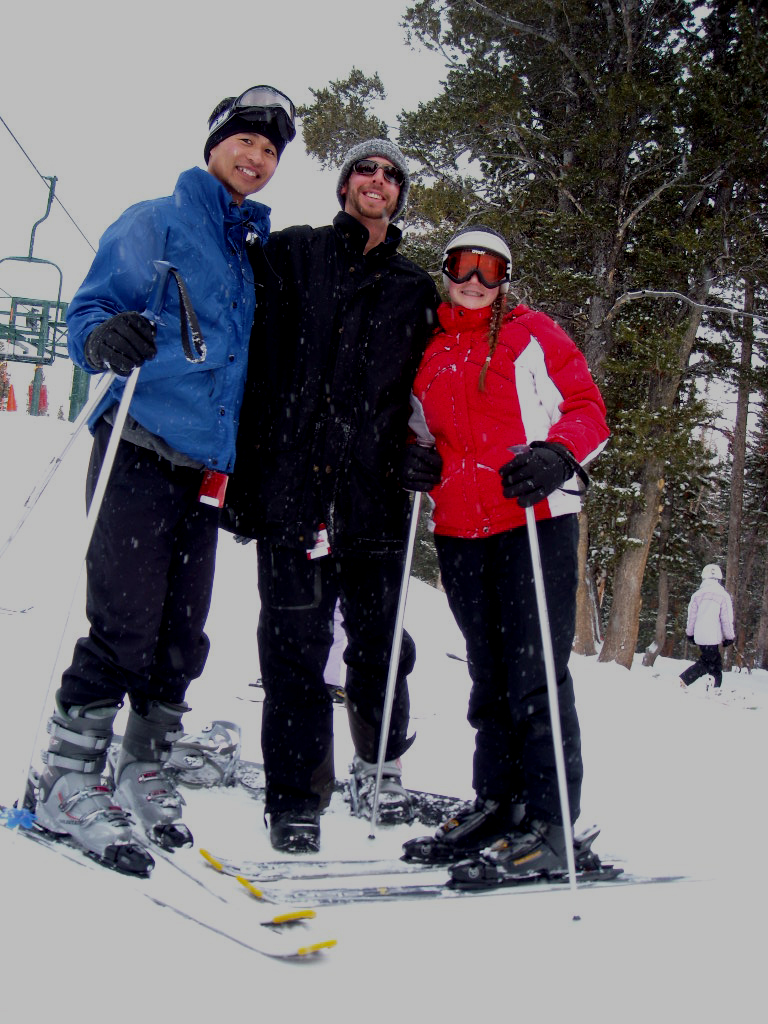 When we talked about going skiing in southern Wyoming, Ryan and I agreed that sliding down the green runs would be the order of the day. This would be our first time downhill skiing this season, and the last time I did a blue run I ended up with a bloody lip.

But after successfully skiing down the green Roundup run twice at Snowy Range, we threw out that plan.

In fact, the majority of our ski runs (six of nine) were blue. That is not to say we became expert skiers in the course of one afternoon. On the contrary, I became an expert faller.

I started out pretty well. When faced with the steep section of Great Escape, I said to Ryan “it doesn’t look so bad” and plunged down it with the boldness of Evel Knievel. Trying to zig zag as much as I could (which was not very much), I whizzed by other skiers and snowboarders, many of whom had their butts planted in the snow and skis up in the air. When Jon and Ryan caught up, Jon even called me “speed racer.” But the fact of the matter is, it was terrifying and I was only going that fast because I was not at all proficient in slowing myself down!

A second attempt on Great Escape went better; at least I did not completely lose my wits while again staying upright. But that was it. Each subsequent run I’d wipe out and collapse into the snow like it was a king-sized bed. Initially this was because approaching other people on the ski run (and desperately not wanting to collide with them) would psyche me out, but later my quadriceps were burning like habaneros due to squatting so low on the skis so much (“less distance to fall,” I thought) and being so tense.

In addition to Great Escape, we did a “moderate” blue run called Sundance. Jon (a proficient snowboarder) assured Ryan and I that it was “not so bad” but my eyes totally disagreed. Soon, so did my butt. I wiped out a half-dozen times on that run. The only consolation was that our gal-pal Tanya was not there or she would have totally laughed at me.

Ah, well. It was a fun day of skiing nevertheless, and we agreed that we’d have to do it again soon. At least before we become greenies again.