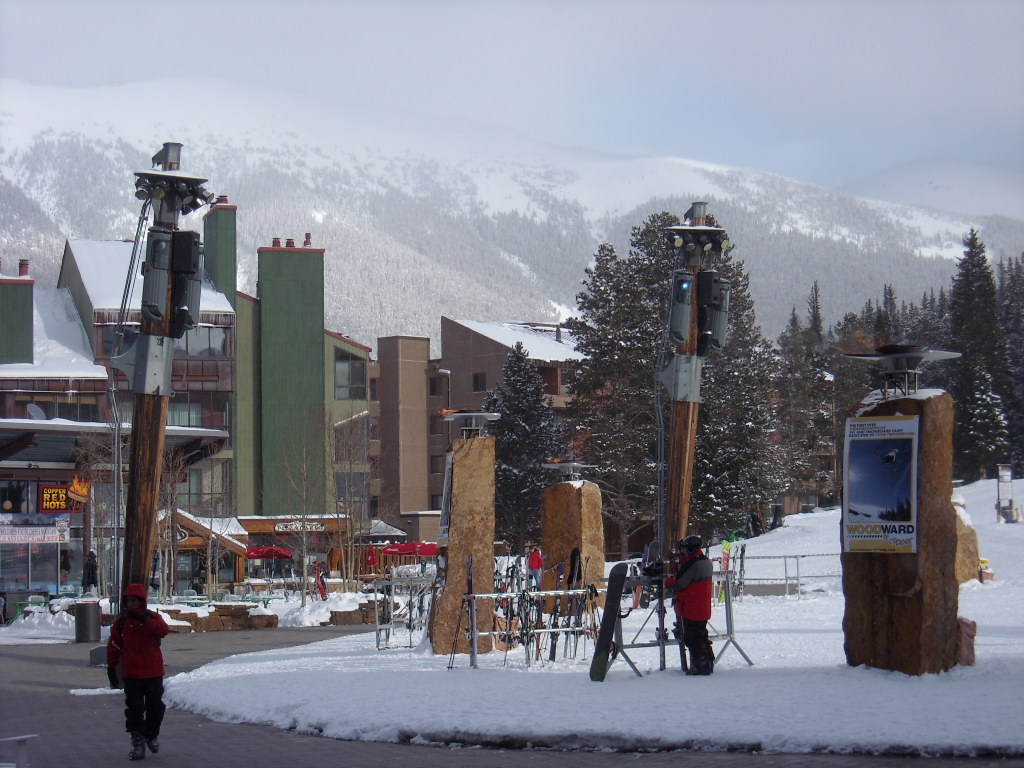 From what I heard, ski conditions for most of the winter in Colorado had been as mediocre as the San Francisco 49ers had been for the last seven football seasons. So when Raquel gave me a first-hand account that after a recent snowstorm the snow at Copper Mountain was really good, Rob and I decided to hit the slopes. After all, back in November I had purchased a relatively inexpensive ($129) Four Pass for Copper, and it was time to start using it.

Getting to Copper Mountain was something of an adventure itself as the residual windshield washer fluid from California in Rob’s car was frozen, and while the car was moving it was darn impossible to clear any road spray that instantly froze to the windshield. Therefore, we had to stop a half dozen times to clear the windshield using -20F windshield washer fluid we picked up on the way. As a warning to those recently transplanted to Colorado from a warmer climate: be sure that you have plenty of washer fluid in your car’s reservoir that is rated to -20F or lower before driving anywhere in the winter.

Making it to Copper by noon, Rob and I had a rather comedic first descent on the slopes as we had more false starts and fell more times than a nine-month-old baby taking his first steps. I was using my randonée (alpine touring) ski setup for the first time this season and was particularly troubled that compared to the downhill skis I used at Snowy Range last month, I couldn’t seem to turn or brake to save my dear life. I’d plow enough to dislocate my pelvic bones and yet I was unable to slow. I started to suspect that the K2 Shuskan skis—being longer, wider and heavier than downhill skis so as to better float over ice and ungroomed snow in the backcountry—were just too fast for my own good.

Fortunately, with each subsequent run I improved dramatically, figuring out how to turn and even stopping without resorting to an intentional fall. Applying force with the leading leg and letting the trailing leg float or follow seemed to work pretty well in instigating S-turns, all while keeping the poles out wide to help keep my balance and out of the way of the skis.

More important was not fixating on the steepness of the slopes down the mountain, as that would keep me going straight down while also psyching me out. Better was keeping my gaze down at my feet or only 10-20 feet in front of me while glancing down the mountain and keeping a visual on signs, people and trees only occasionally. It was better to concentrate on maintaining a tight weave and keeping my speed controlled.

By the last run, I was feeling fairly confident and in control, but my quads and shins were toast from being so tense all afternoon and I had to take a couple 30-second breaks. Worse, I wasn’t navigating well and to stop to a couple times to ponder whether I had deviated off course. I really did not want to have to descend anything rated blue or (gasp) black. Fortunately, each of my wrong turns led to another green route, so I safely made it back to the bottom of the mountain before calling it a day.

So it turns out the snow was great, but my ski skills were still worse than mediocre. I hope to improve to at least SF 49er levels by my next ski outing.