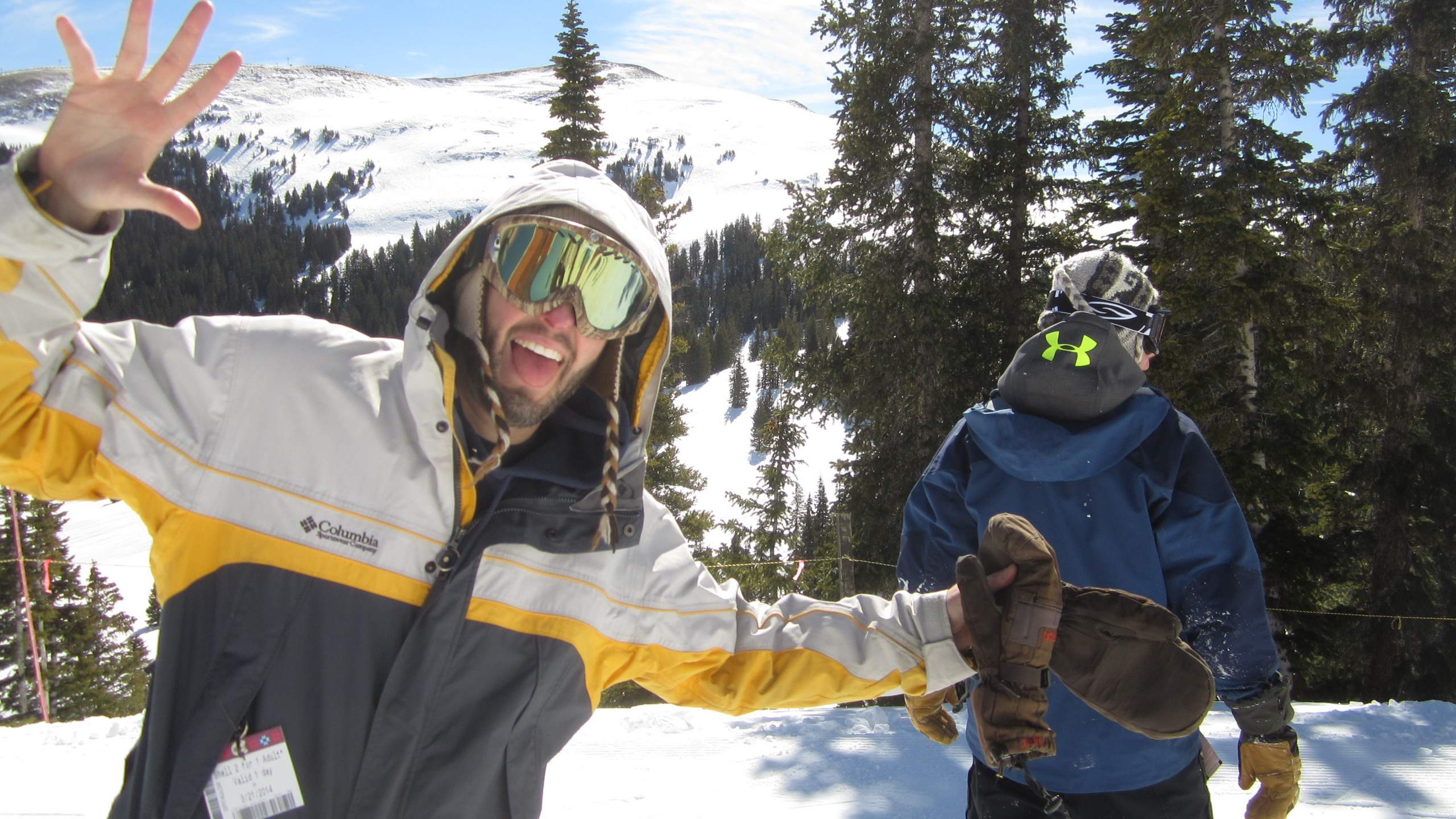 The snowpack in the Colorado mountains this winter was really abundant, so Dave, Jennie, Karen, Shane and I played hookie from work one Friday and piled into one car and headed to the slopes of Copper Mountain. We were going to snowboard! Or in my case, ski, having never strapped two feet to one fiberglass plank before.

It’s been two years since I have last skied, and unfortunately since that “hallelujah” moment where I could actually ski half-decently down some blue runs, my skills had notably regressed. I never got comfortable on my rental skis and were crossing them too often while turning, which shot a bunch of holes in my confidence. Theories abound included too long rental skis, the snow was too hard, and I was putting too much weight on my heels instead of my toes.

Danger aside, I was reminded more of why I don’t downhill ski more: the resorts are kind of far, lift tickets are kind of expensive, it can be really cold outside (thankfully, not today), and without adequate precautions, things like windburn and broken phones can occur (two things that happened among our group today).

On the plus side, there is the fresh air, the gorgeous scenery, and the good company. My friends, all good snowboarders, had a blast.

I’d even say I had fun too, especially since I did make it out of there with no bruises, scrapes, or broken bones.