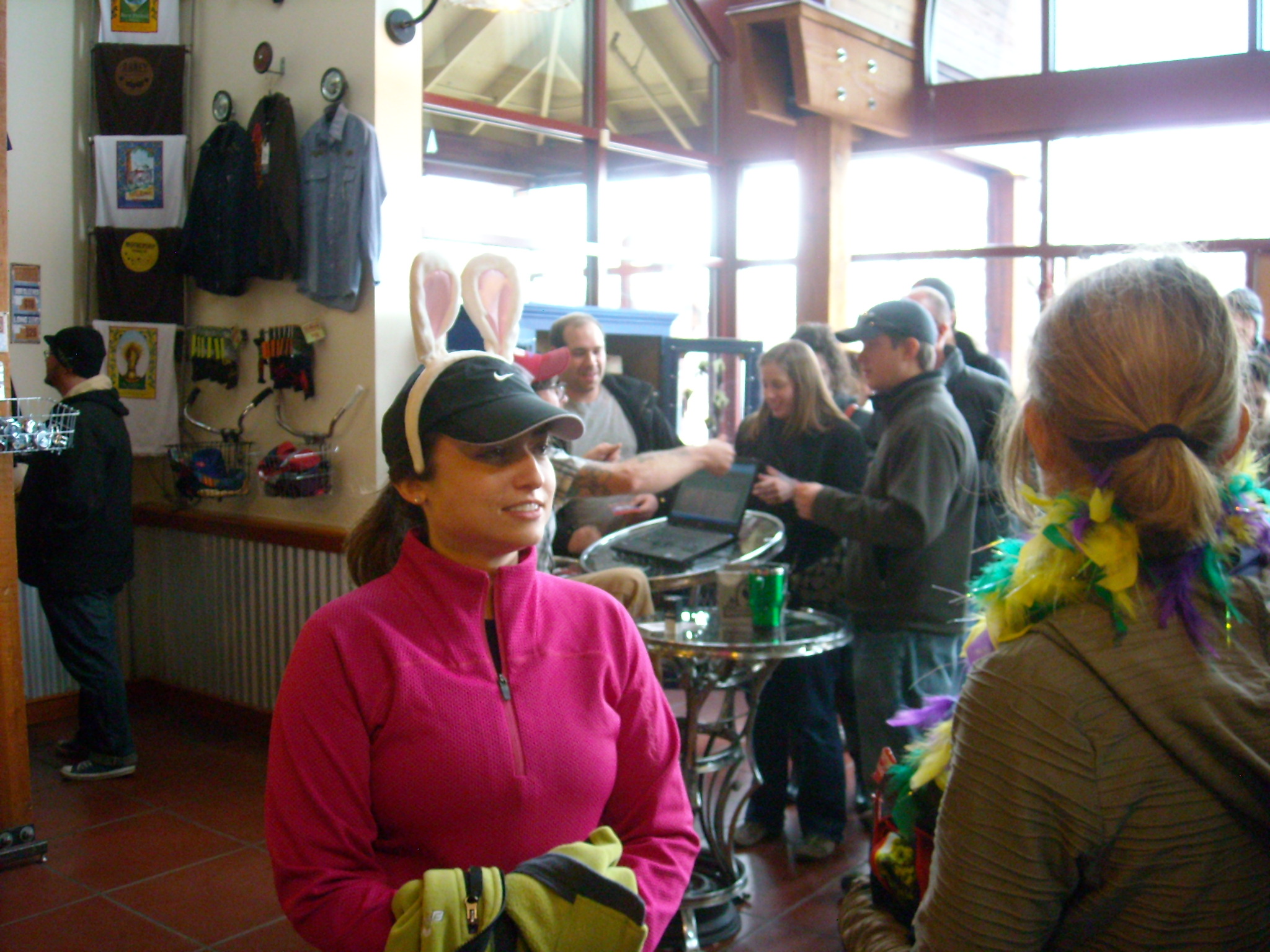 “SIX breweries!” Somehow in the last year or so, the number of breweries within a two-mile radius of Old Town Fort Collins had increased by 50%. And in the previous years’ Human Powered Brewery Tour—an annual tradition organized by Scott Slusher and Celeste O’Connor to raise money for Amyotrophic lateral sclerosis (ALS, or Lou Gehrig’s disease)—I already thought that four beer factories was borderline excessive. At least, that is, for skinny runners who did not have last names of Gibson or Lohan. In any case, I knew I had to pace myself.

This was accomplished by splitting beer tray samples with Raquel and Bob or doing things other than beer drinking like playing Jengo and putting bunny ears on random ladies holding beer glasses. These “diversions” worked well enough that I only got around to drinking the following 11 beers:

While I suppose 11 beers within one afternoon could induct a person into Alcoholics Anonymous fairly readily, keep in mind most of them were contained in four-ounce shot glasses and that three years ago, I imbibed 14. My alcohol tolerance must have been slightly higher then.

Too bad, because by the fifth brewery—Equinox—I was tipsy enough that I allowed Lisa to steal a notebook from my backpack and pass it around the bar all while claiming that it was “Felix’s diary.” When I finally got it back, the notepad (which formerly only had Spanish vocabulary scribbled on it) had “diary” entries such as the following:

I am so thankful for hops + water + other stuff!

Yes, and hooray for beer!

Ya know… the largest living organism in the world is an Aspen grove… how great is that?!! Well… not as good as a Mr. Delicious Stout from Equinox! Cheers!

The last entry, I believe, was written by a bumblebee. The ironic thing was the bumblebee—actually a female runner named Jamie dressed in yellow and black who set the course record of the Badwater 135-mile Ultramarathon last year—was not drinking. She was a designated driver for the day, you see.

Note to self: next time I try to introduce myself to a bumblebee, try to do so while coherent and not half-drunk and/or while the other person had imbibed at least a little alcohol as well.

Shortly after, Raquel’s friend Ron proposed that we skip the last brewery—Coopersmith’s—and walk over to the Rio Grande Mexican Restaurant for some south-of-the-border food instead. I happily obliged and therefore never made it to the sixth brewery.

Turns out I didn’t pace myself quite well enough for all breweries scheduled on the tour. Next year I will have to do better—and maybe bring additional bunny ears.

well done, Felix! Thanks for participating and we'll see you again next year, I hope. ↩ Reply