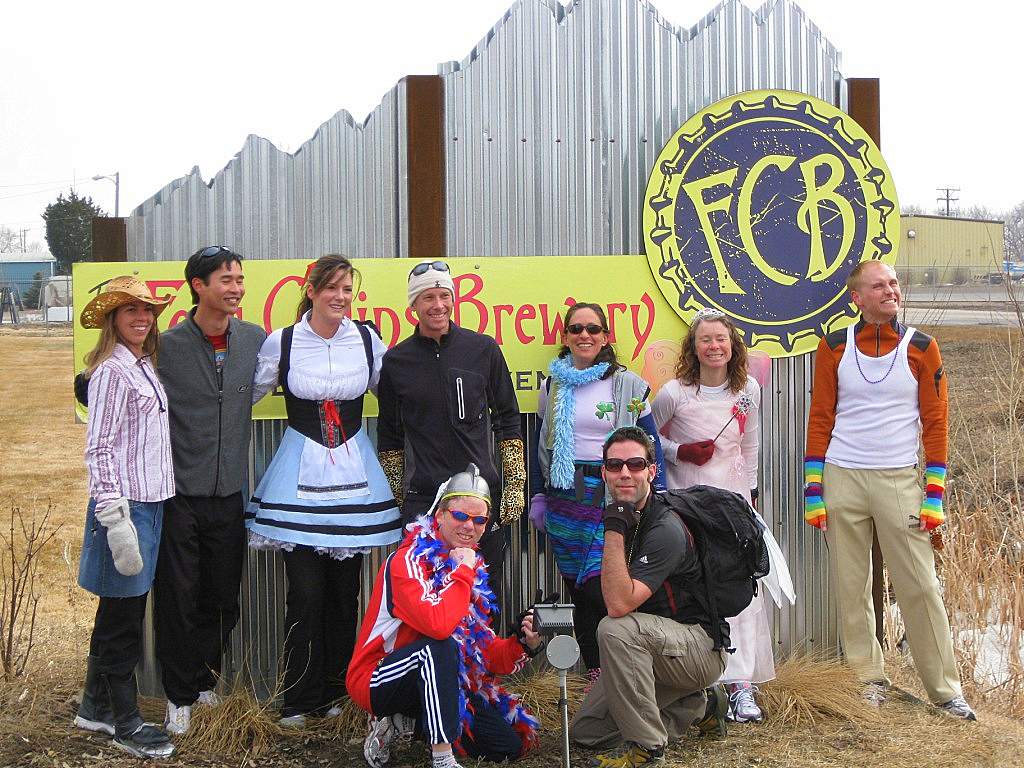 “What do the beer fairy, the queen of Wal-Mart, and Spiderman have in common? And what was this odd assortment of characters doing running down the streets of Old Town Fort Collins today?”

These are questions Alene posed in her ultrarunning blog. The explanation is that it was the 3rd Annual Human Powered Brewery Tour—as organized by Scott and Celeste—and this year, a bunch of us wore costumes to draw greater attention to amyotrophic lateral sclerosis, or Lou Gehrig’s disease. We hoped that people who saw superheroes and cowgirls running or biking down the street would ask us what we were doing and offer to make a contribution to the ALS Association.

Did this ploy work? Well, not really, but we did get a lot of cheers and honks from passersby and raised funds by virtue of making donations ourselves. We also had about as much fun one can have with his underwear on while being exercising maniacs and becoming near-drunk.

I also found it a pleasant way to cap a day of 17 miles of running and 10 miles of biking. Considering that we tasted a dozen beers at four breweries (New Belgium, Fort Collins, Odell’s, and Coopersmiths), I’d even consider it a mini-triathlon.

For more photos and information, see Alene’s blog post. Yep, in addition to being too lazy to dress up for the event as anything other than a runner, I’m feeling a bit too slothful to write a full report myself after all that leg bending and beer drinking.