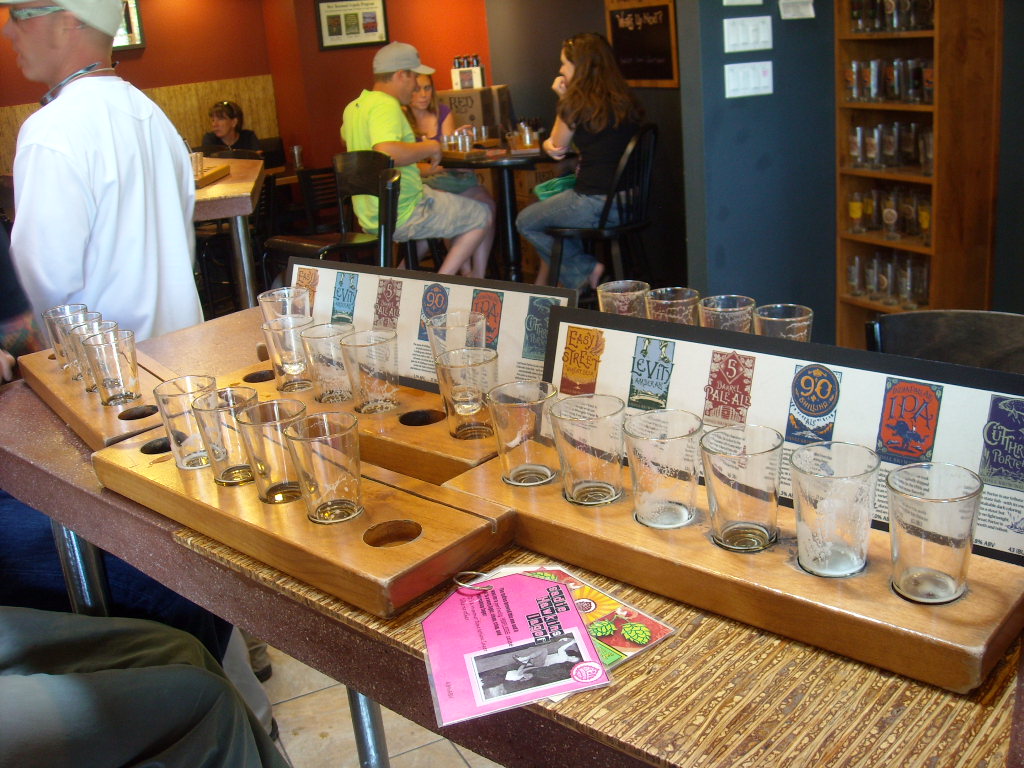 Nineteen different beers. That’s how many Lisa, Rob, Tori and I—all supposedly lightweights—tasted in the “Napa Valley of the Beer World” (Northern Colorado) in the course of one afternoon. Actually, this was just within a one-square-mile area of downtown Fort Collins. There were a couple more breweries we could have hit in the Fort if we had time to walk a little farther, or the desire to become even more inebriated.

We met up at Odell’s first, then walked over to New Belgium (the nation’s first wind-powered brewery), and finally, Coopersmith’s. By the time we arrived at Coopersmith’s we’ve already tried 18 different beers, so clearly, we were slacking off at our final brewery. Instead, we had pizza. Afterwards, we headed over to the Starry Night Café mainly to satisfy a particular coffee addict among us, and then over to Bisetti’s next door where Lisa and I split a delicious cup of cake batter ice cream.

It was a fun day of beer, food, and conversation—although next time, we’ll probably just hit one or two breweries. As lightweights we had already overachieved today.

Here is a map of our walking route.