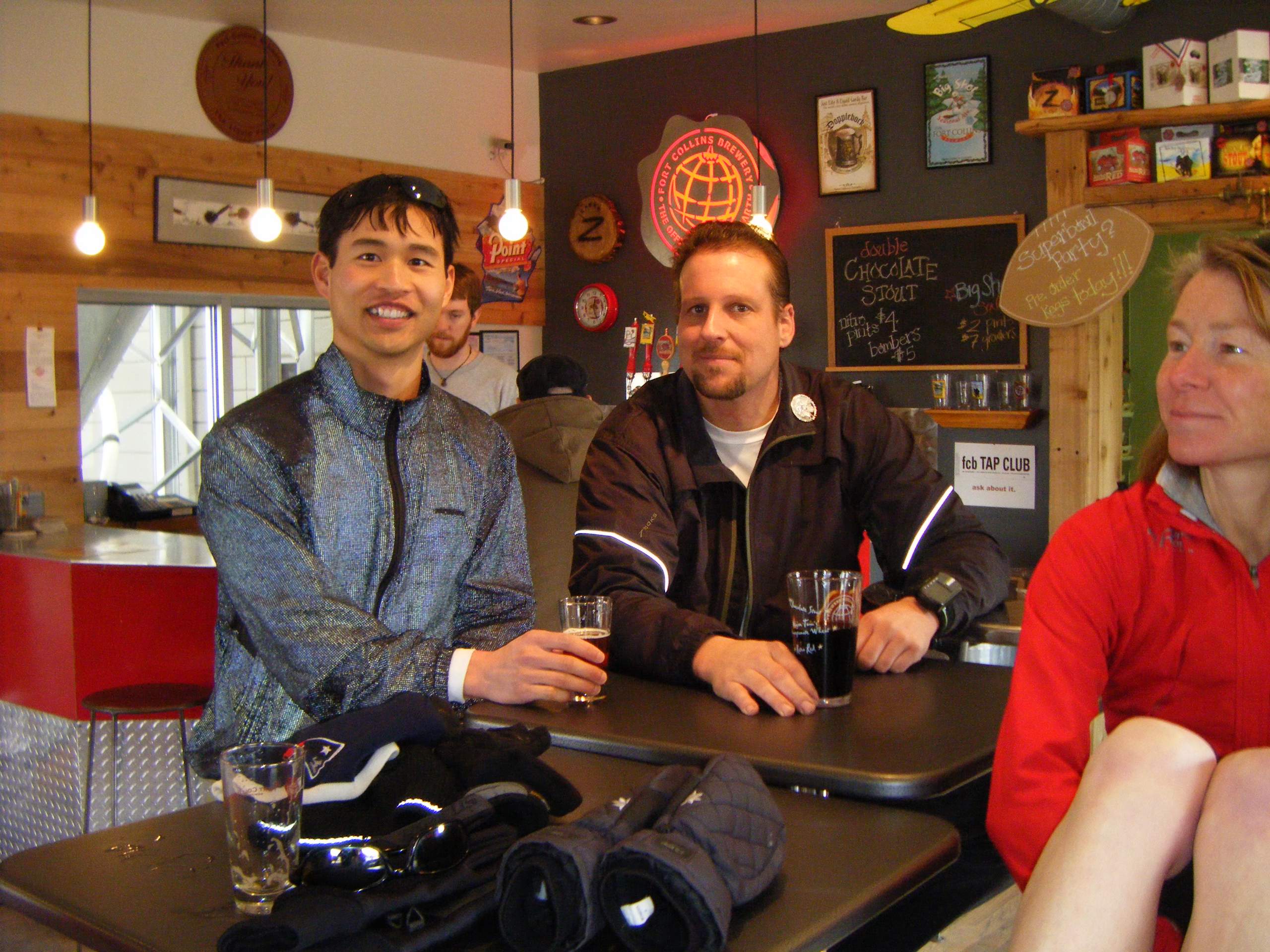 “Man, I’m going to need some help here,” I pleaded by my sixth beer of the day.

Now, fortunately all the beers I had were in small, sample-sized glasses so I wasn’t quite yet in a slurred-speech drunken stupor and falling out of my chair. Yet, I certainly could have used some help finishing the stuff. The problem was our group consisted solely of ultra-fit athletes who were as much as a “lightweight” when it came to beer-drinking as me.

The event—dubbed the “First Annual Human Powered Brewery Tour”—was organized by Scott and Celeste of the AC-FC Google Group, a running group in Fort Collins. The idea was to visit four breweries within a two-mile radius of each other in Fort Collins, with a ground rule being that everyone had to get to those places by human-powered means, such as running, biking, or roller-blading. “And if it snows,” wrote Scott, “some will ski.”

Fortunately, it did not snow so we were able to leave the skis at home. And cool—bikes and beer? No wonder a whopping 18 of us turned out, even though many of us (not me) had already ran 8-12 miles early in the morning before this.

It was a super fun day with super cool people—and not bad beer to drink, either. Well, mostly. This is what I sampled:

Amazingly, we managed to run or bike over to Coopersmith’s afterwards for some grub without weaving in and out of the road or running over some unwitting pedestrians. Those who stuck around even got animals stickers, courtesy of Celeste and Scott, all while getting to speculate what the teenagers in leather and mohawks were up to just outside the window in Old Town Square. All in all I can’t think of a more fun way to spend half a Saturday than with fun folks and good beer and food while getting some exercise.

Celeste and Scott are already planning something like this again for next year, but maybe with a charitable element (i.e., somehow helping out a charity while almost getting drunk). It remains to be seen if anyone will show up on skis for that one.