“It’s a little bit difficult to predict where I’ll be,” I wrote a friend who expressed an interest in riding with me for a couple hours in the later parts of the St. Vrain 600km Brevet, “Four years ago on a similar route, I got back to Louisville (Mile 253) at 9:00 p.m. Back then I slept for six hours, but this year I’ll continue on with no sleep.

Turns out those estimates were quite conservative as I was having a good day. The weather left little to be desired; the Super Bike was dialed; and most importantly, I was feeling relaxed and fit.

The morning was particularly pleasant. I rode by green farmland with grazing cows, rural homes with bunnies bouncing on the lawns, a dog kennel named “The Grateful Dog” and a flowers and hanging basket shop called “Jan’s Jungle” in Erie. There were also a lot of horses, including a whole group of them that merged onto the road and gave me a startle near Estes Park.

Most of the climbing for this 370-miler was over by the middle of the morning, including a long climb Lyons to Allenspark. It included a 14-mile stretch on Highway 7 through St. Vrain’s Canyon (the namesake of this brevet) and continued uphill for four or five more miles to a checkpoint on the Peak-to-Peak highway. The canyon stretch coincided with the Sunrise Century—an organized bicycle ride starting in Boulder—so I had plenty of company on the climb. Despite knowing full well that it wouldn’t be wise to try to “race” the Sunrise cyclists up St. Vrain’s Canyon—they had only 50 or 60 more miles to pedal whereas I still had over 300 to go—I was feeling good and ended up passing about 100 of them whereas only 3 caught and passed me. Yet I felt I still had plenty in reserve, so this was a good sign.

My legs and body were still good for another 100 miles before I was starting to feel pretty fatigued, so in Wellington (Mile 162) I purchased and chugged my go-to bonking cure—a Pepsi—while talking with a man and son who had biked over here from seven miles away in Fort Collins. Turned out they lived very close to where I do, one lake over. A little later and back on the bike I munched on a full-size beef chili burrito from the same Wellington convenience store, and was back to feeling good and strong in the plains east of Interstate 25 and over to Louisville (Mile 250).

I had arrived in Louisville by 8:00 p.m., meaning that I had about one hour remaining before darkness fell. When it did become night, I basically had just a century remaining to ride. This really buoyed my spirits as the ride was going even better than my most optimistic estimates, but alas, nighttime was also when most of my problems in the ride occurred.

Some of the issues were related to gear. First, my cyclometer started reading 75 mph, which I knew was inaccurate lest I’d soon be arrested and tossed in jail for doubling the speed limit. Turns out that my Planet Bike Blaze 2-watt headlamp was causing electromagnetic interference with the cyclometer. Fortunately, I had a Garmin Forerunner GPS watch on my right wrist solely in case my cyclometer failed (in fact, until that moment I had it off all day to preserve its battery that has only a 10-hour run time). I turned it on, thus still being able to accurately measure distance traveled for navigation purposes.

A second annoyance was a prototype reflective/lighted vest I was wearing but had clearly had not tested out enough in advance. It actually worked well, but its front had some hook-side velcro exposed which kept grabbing onto my lycra shorts whenever I was pedaling in an aero position, such as in the drops. A quick way to destroy a good pair of cycling shorts, apparently, is with velcro. The plastic “hooks” fluffed out the once-smooth lycra to the texture of a cotton ball. 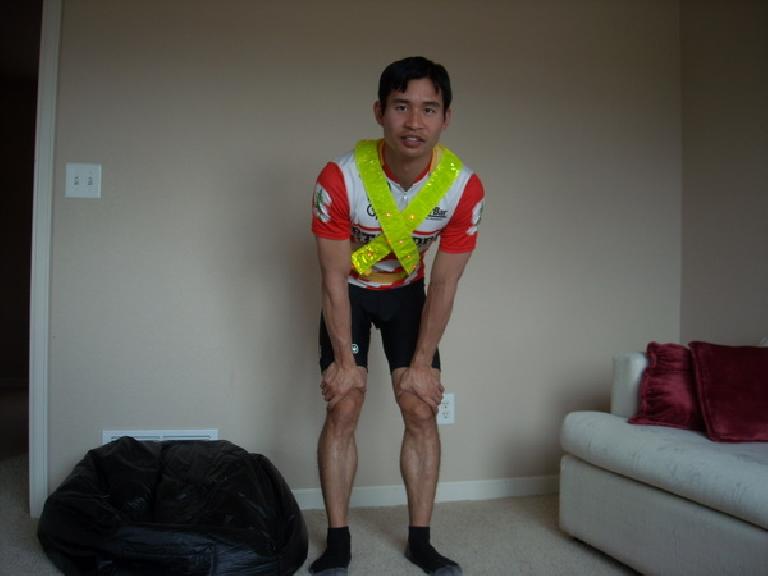 As it was nighttime, navigation was difficult—particularly because I couldn’t see some street signs and the names of roads on my route sheet didn’t always agree with the street sign names I could see. So I got lost a couple times (no more than by a few hundred feet though) before I got my first flat tire, which I repaired on a sidewalk underneath a street light.

Shortly after the flat (which cost me about 12 minutes), it started raining. So I had to stop for what seemed to be the fourth or fifth time in the last 30 minutes to put on a rain jacket and beanie hat. Five minutes later, it stopped raining, and as I was now quickly overheating I was about to stop again and take off the jacket and beanie when another cyclist pulled up to me.

It was Lloyd, whom I first met in the gruelling Cripple Creek 300km brevet six weeks ago. Excited to see him—particularly because I thought he was long gone ahead of me—I exclaimed, “All right!” I then muttered something about how the last hour or so was kind of difficult, having had navigational issues and the flat tire.

He also had to take a little bit of time off the bike in the last few hours. “I was recharging my GPS unit in my truck in Louisville,” he explained. (Louisville was the start, finish, and Mile 250 of the ride.) “My truck has an inverter.”

Turns out keeping his Garmin 500 charged was a very smart thing to do, particularly because he had programmed the GPS device with turn-by-turn directions in advance using BikeRouteToaster.com. Whereas I was trying to read my route sheet, keep track of miles gone by and make out road signs, all Lloyd had to do was pay attention to when his Garmin told him to turn.

As it became clear that Lloyd and his Garmin knew exactly where to go, I figured it was best to ride with him. Fortunately, he welcomed this and my legs were feeling good enough to keep up with him. He was actually going a little faster than I would have preferred (“I would like to get back by 4:00 a.m.,” he stated), but being able to ride with someone who knew where he was going in darkness provided the motivation I needed to push my limits a bit.

So we rode together all the way to the end, although not by 4:00 but 5:17 a.m., mostly because both of us experienced additional flat tires. I had one caused by a stone that probably got inside the tire when I changed the first flat, and Lloyd got several on his front wheel. His third puncture was small enough, however, that he resorted to just pumping up the tire every 7-10 miles during the last 30 miles of the ride. When we rolled into the parking lot where our cars were parked, his front tire was as mushy as a sponge but we were done.

We had just ridden 25.3 hours, and there was even a little bit of daylight now. Riding during the night was certainly not my favorite part of the ride, but I was grateful to Lloyd for riding with me and a week after the brevet, remains what I remember the most.

That is something I didn’t predict in advance, but in hindsight, it seems like all my predictions for this event were a bit pessimistic.

John Lee Ellis from the Rocky Mountain Cycling Club posted several photos and a brief write-up for this event at his Colorado Brevets blog. 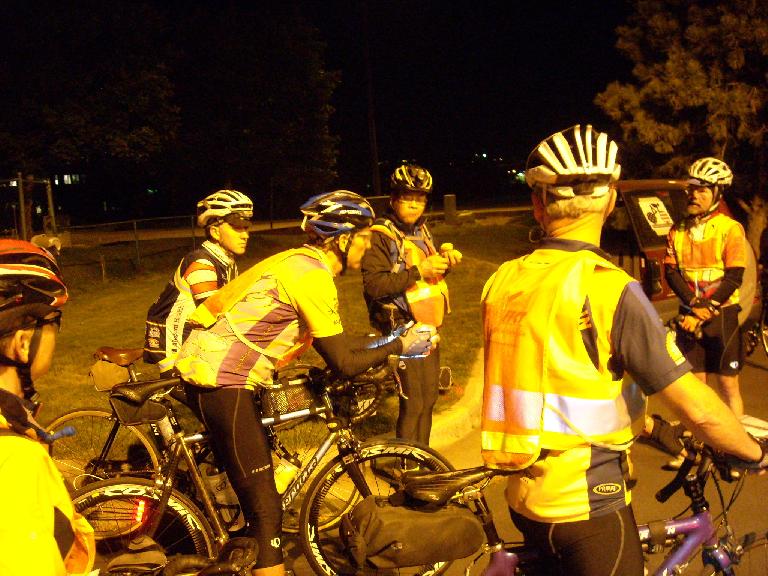 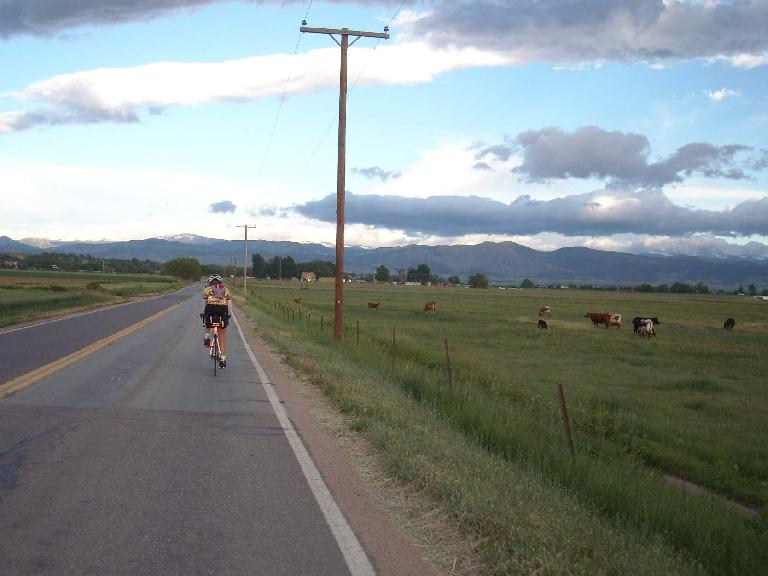 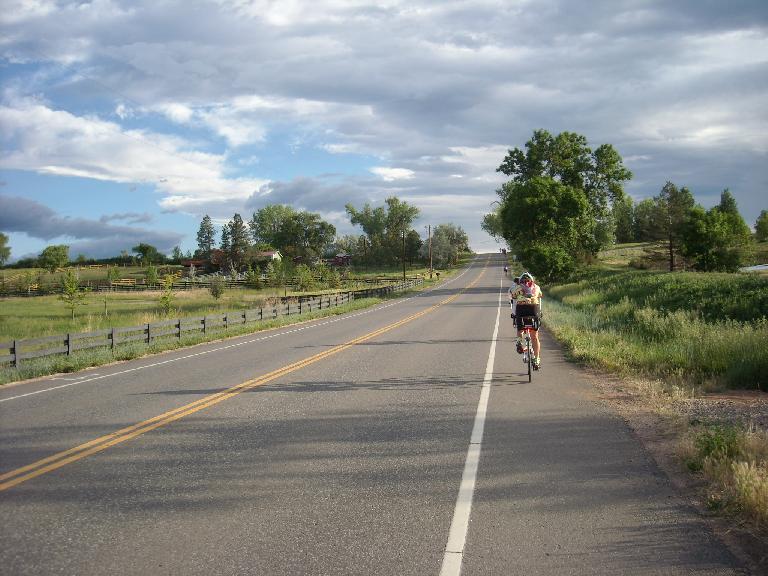 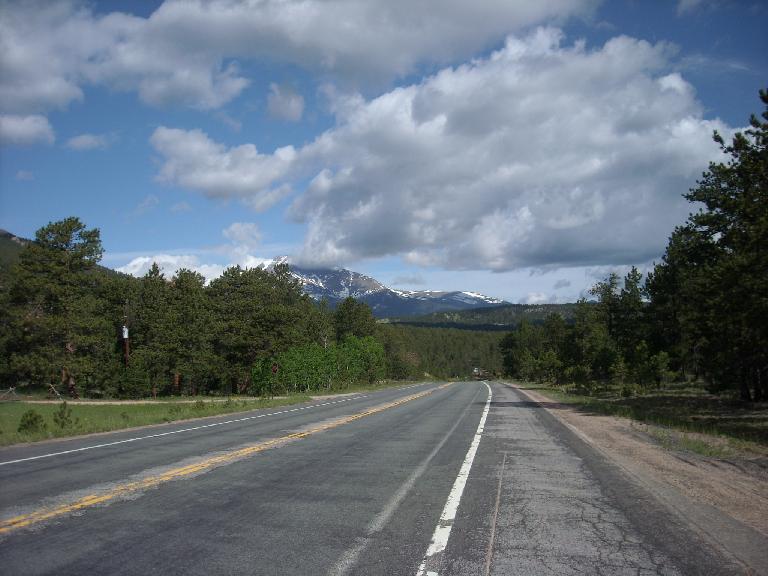 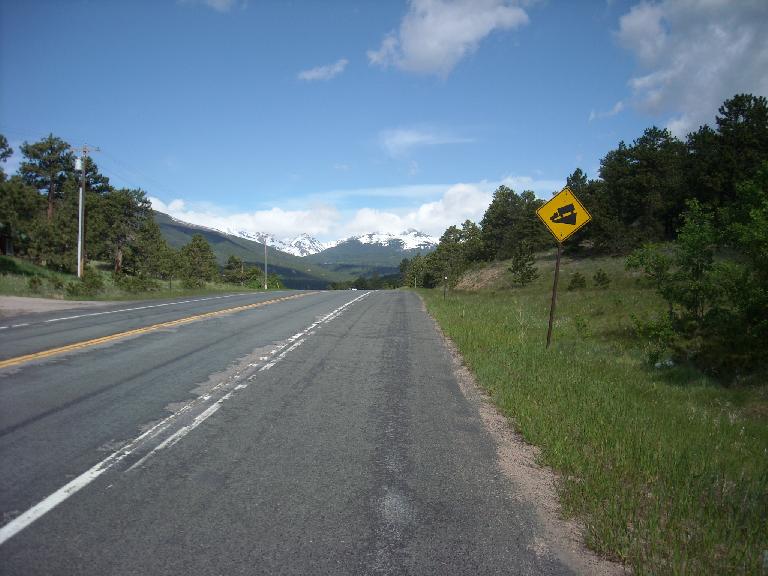 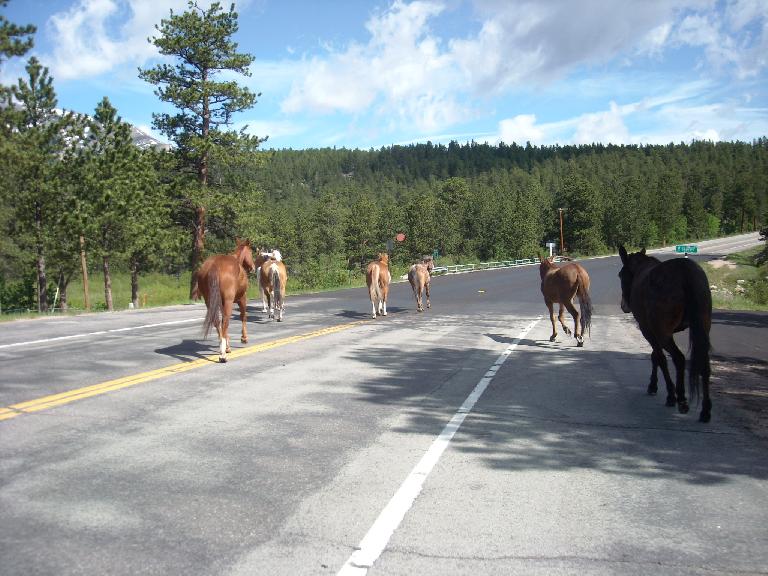 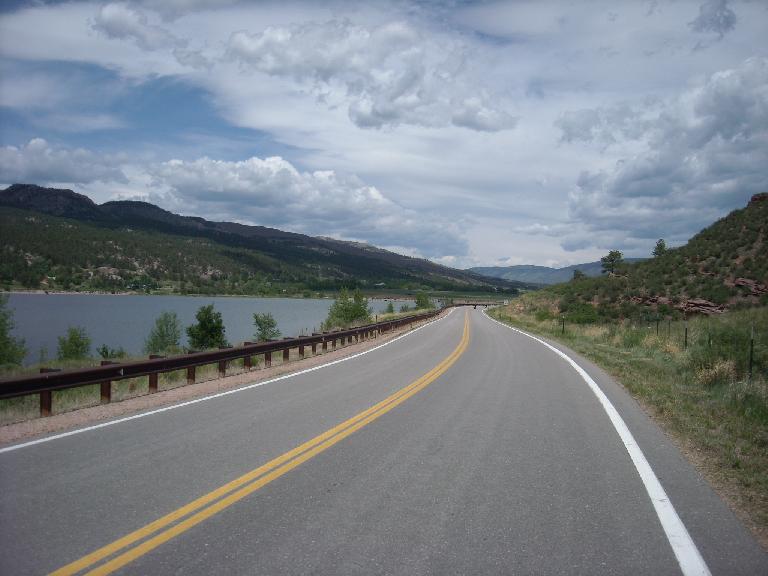 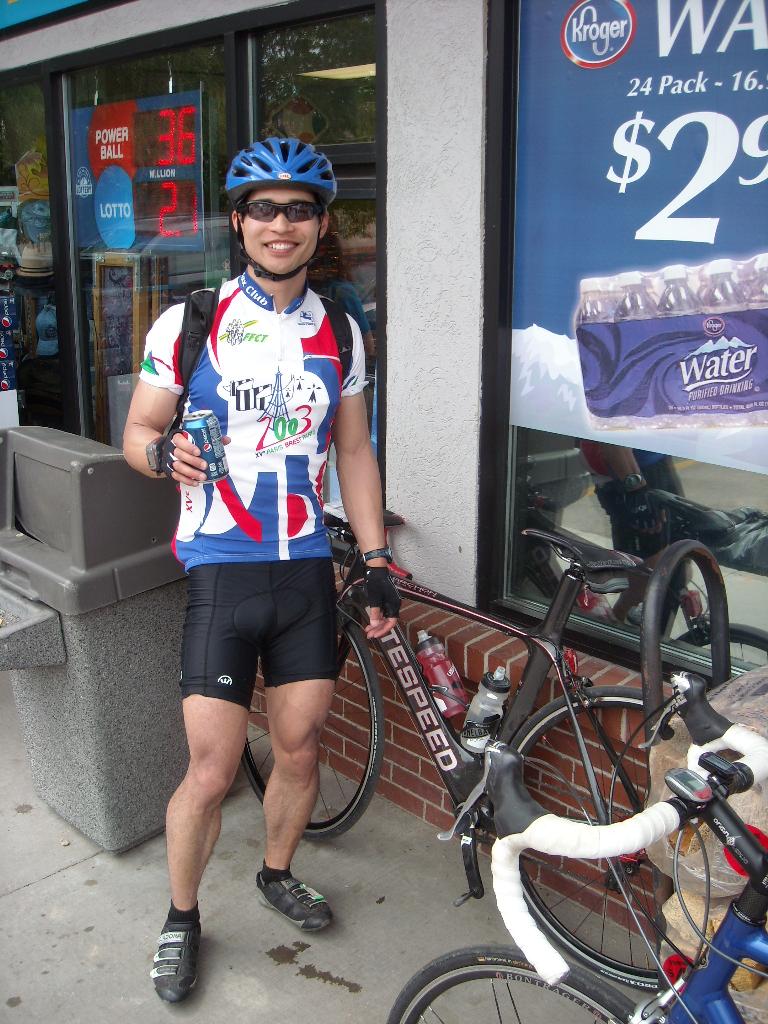 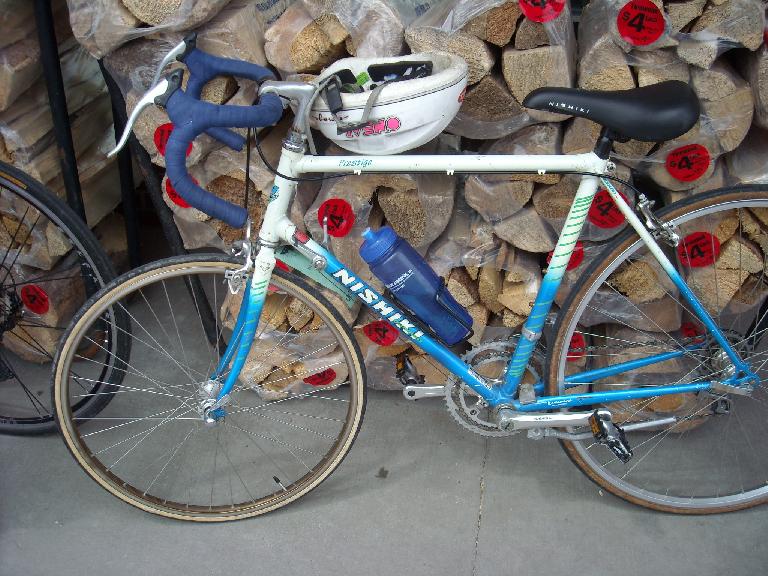 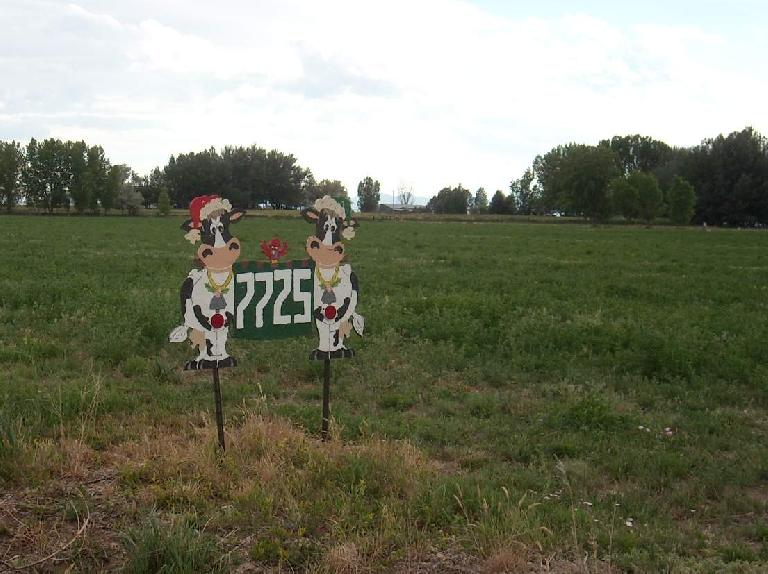 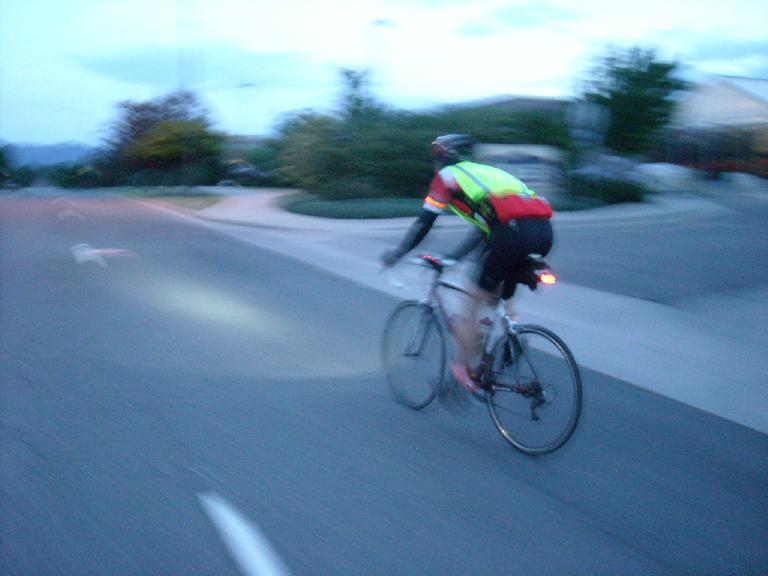 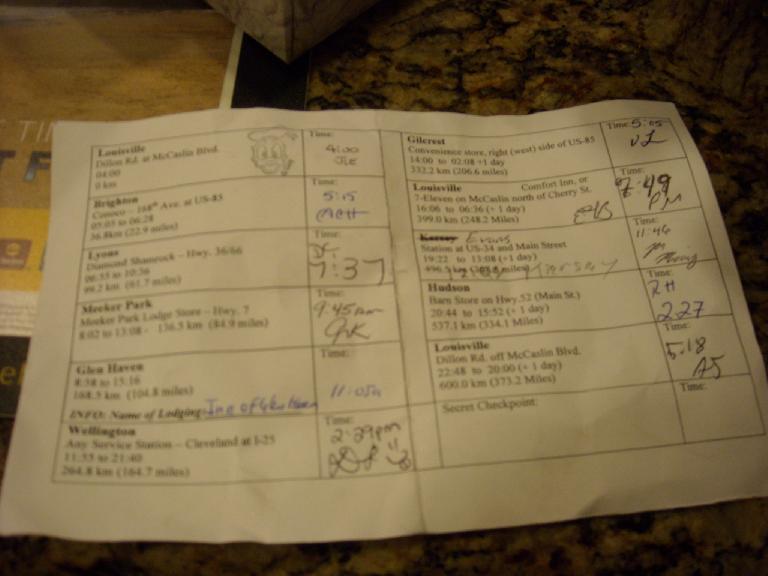