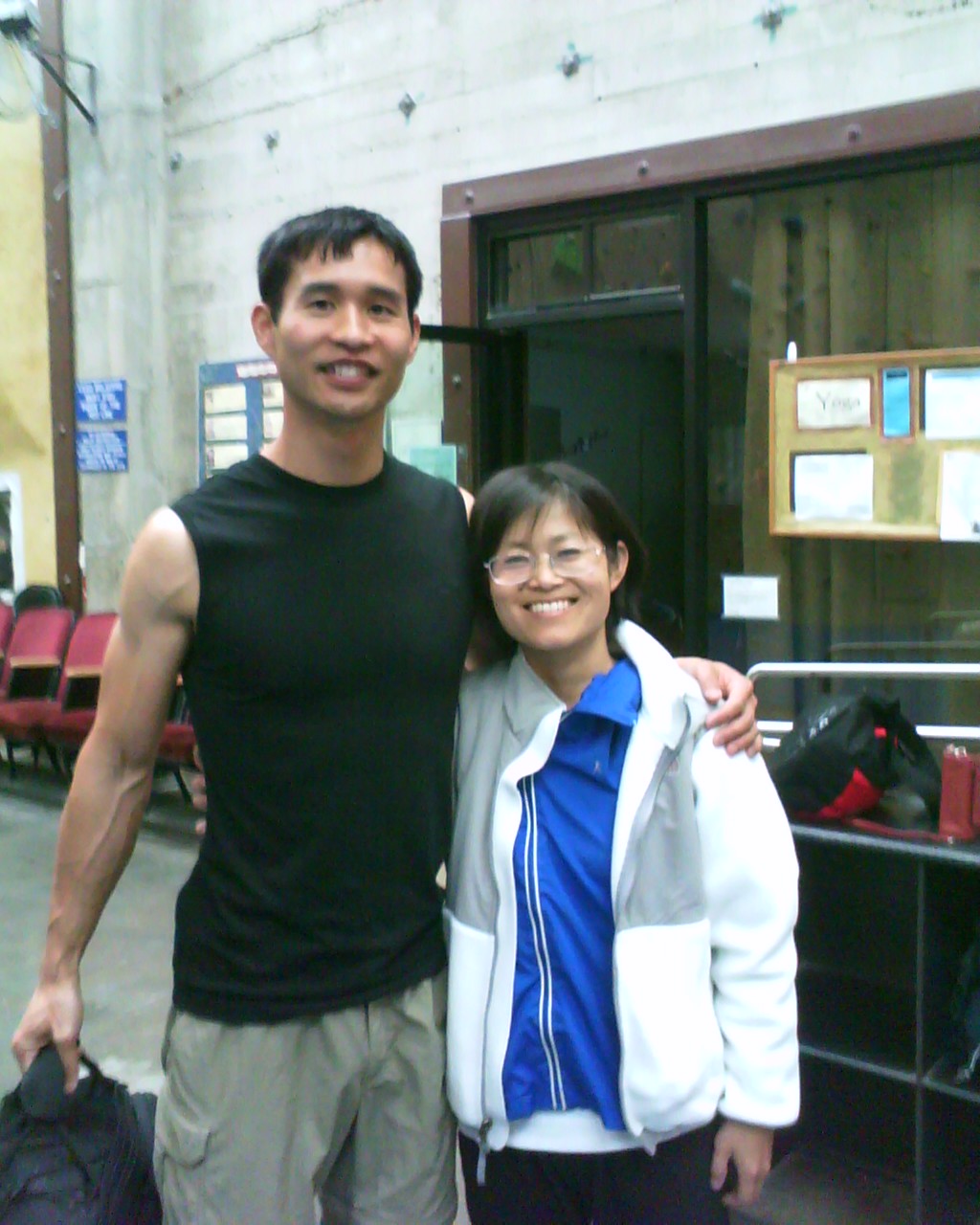 It’s been a while since my last blog post, which I just realized could be worrisome for, oh, one or two readers considering that the last article was about how Leah and I were visiting the second most dangerous city in California. Don’t fear, though—we in fact escaped unscathed. In fact, our trip went so well that I wouldn’t have minded staying a little longer. Yes, even in Stockton.

We flew into San Jose on Friday, June 3rd, and after picking up our rental car—a surprisingly nice Nissan Versa that even seemed vaguely French to me because of its Renault Megane’s underpinnings—we stopped by Castro Street in Mountain View for lunch at a Vietnamese restaurant called Pho Hoa. I ate here for the first time in 1996 while still a student at Stanford. While its name stayed the same, its way of business had not as it seemed to have jumped into the 21st century Silicon Valley style. Its “innovations” included a “Just Enough” noodle bowl size, a kid’s menu, a professionally printed menu with photos for many pho options, and a trademarked slogan of “Health conscious choice.” The restaurant was still super clean, bright and airy like in the old days, but the clear increase in marketing gave Pho Hoa a different feel from what I remembered.

“It’s kind of like with Chinese restaurants,” I explained to Leah. “If the service is good, it feels less authentic.”

Reminiscing aside, the reasons for visiting here was not only to fill our bellies that were left empty after flying on United—an airline that doesn’t even give you tiny packets of peanuts on domestic flights anymore—but also to power up with pho in an anticipated climbing showdown with Alyssa and Stacey at Planet Granite in Belmont.

Alyssa and Stacey are the same 5’4″ and 4’11” climber chick friends who gave my climbing muscles all they could handle 2.5 years ago, and since they have been climbing regularly like Super Woman whereas I have not, I fully expected to get worked again today (or “chicked” as they like to taunt me). Turns out I was right.

Quick recap: Alyssa managed to climb a 5.12a with only one fall as her second climb (or rather, as she’d later point out, her TENTH climb of the day since the crazy woman was climbing at another gym a couple hours earlier), basically handing me a chicking only minutes after I had touched my first climbing hold. Stacey wasn’t being much nicer either—refusing to climbing anything but 5.11s aside from her initial 5.10 “warmup,” but at least I was able to do the routes she was doing. Plus she never booed me unlike in previous sessions. Hence, regardless of how Alyssa was schooling me on the climbs, I declared victory.

Afterward Alyssa, Leah and I drove over to Stanford to have frozen yogurt at Fraiche—something I wish existed while I was in college 15 years ago—and after taking Leah on a quick tour of the campus, we had dinner at a Greek restaurant in downtown Palo Alto. Good times.

From there we drove over to Stockton to stay at my parents’. After visiting with our good friend Frank (now 89 years old as I write this), I took Leah and my mom and dad out to their favorite Chinese restaurant where we had dim sum. It was Leah’s first time having these small individual portions of Chinese food in steamer baskets, but she enjoyed it enough that she requested that I take her out for it on her birthday later in the year. (We may have to go to Denver to do so, for as many varieties of ethnic cuisine Fort Collins has, I don’t know of anywhere in the Fort that carries on this Cantonese lunch tradition.)

Then we went to the wedding of my dear friend Trang from high school and her now-husband Noaum. It was beautiful, held in the Catholic church where translations of vows were even given in Vietnamese and Arabic.

From there, we headed over to the neighboring town of Lodi (of “Oh Lord, stuck in Lodi again” Credence Clearwater Revival fame) for Trang and Noaum’s reception at Hutchins Street Square. There we met up with Esther, ran into a couple other high school friends, watched Trang and Noaum cut the wedding cake and ate and dance the night away until 11:00 p.m. Despite really enjoying ourselves we actually tried a couple times to gracefully depart the premises, but Nga (a friend and one of Trang’s bridesmaids) kept sucking us back in with urgings of “one more!” So we even shook our booties to Lady Gaga and Arabic music.

Sunday morning Leah and I went for a seven-mile run in my parents’ neighborhood, and then for lunch with my mom and dad ate spaghetti (or more precisely, rice noodles with pasta sauce). En route back to San Jose, we visited with my friends Adrian and Evelyn for an hour, which gave us enough time to talk about things ranging from con men to house projects.

So our California trip was filled to the brim with fun activities, making it one of the best 2.5 day vacations I’ve ever had. Stockton didn’t even seem that dangerous, but then again we didn’t have enough time to venture into the truly sketchy parts.

5'4"? I totally WISH! Those extra two inches would totally help with the climbing, but alas I'm only 5' 2.25" tall. That quarter inch is a huge proportion of my height. ;-) ↩ Reply

Well, you climb like you are several inches taller, so I gave you extra "height credit." :) ↩ Reply