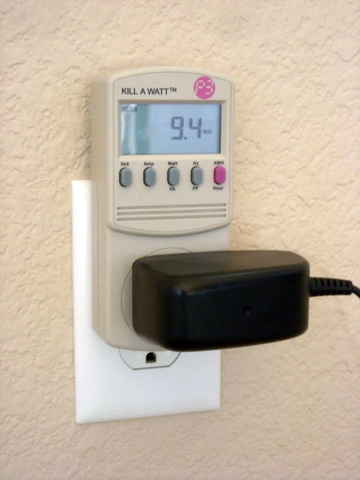 Between November-December, we averaged 15.4KW-Hr/day. Biggest energy drain remains the pool filter. Current-era laptops are as powerful and speedy as desktop computers from a few years ago. No doubt I could lower our energy usage down further by retiring the Mac Pro with a new Mac Book Pro (but it's not going to happen until next year at the earliest).

What about your gas usage? I expect that to be higher given the temperature difference between Fort Collins and the Bay Area. ↩ Reply

Hi Adam. Looking at my gas bill, my gas usage ranges from 5 Therms (July, August, September, October) to as much as 124 Therms (December, January, February). I'm not sure if that is good or not, but if I was motivated I could cut back more. Been using more gas recently than in previous years due to having guests/girlfriend over more often, and so I frequently have the thermostat set at 68-70 degrees instead of my usual 59-64.

What is your gas usage? ↩ Reply

Averaged below 14 therms/month for the entire year, but we rarely ever turn on the heat in the house (this month will be the exception). I recall that you have a gas range in the kitchen? Ours is electric, so our gas usage is really just for the house and water. ↩ Reply

Wow, that is really good Adam! That's amazing you have only had to turn on the heat one month of the year!

Looks like my average gas usage for 2011 was 54 Therms/month. That's almost 4X more than yours! I use gas for cooking but it can't be much since the months I use gas for only cooking and the hot water heater is 5 Therms/month. Heat is definitely the heavy hitter that I could optimize more.

I'm going to see what I can do to insulate the house a little more. I know at the very least I could seal the front door a bit better.

An interesting challenge will be to see how much I can reduce my gas usage in 2012 without making the misses uncomfortable. :) ↩ Reply

Our house just has wall heaters, not central air. Don't know if that changes things. We'll probably be using the heater a little more this coming year, since we don't always want to be freezing in our own house (we typically wear lots of clothes in the winter months). ↩ Reply

How do wall heaters work? My home has central air.

"We typically wear lots of clothes in the winter months" -- reminds me of my first year in the house, and I was really into conservation. I'd wear a fleece jacket, wool hat, and even gloves inside the house (thin ones so I could type). Wonder what my gas usage was like back then.

Ultimately I got tired of feeling like I was camping in the house, though, so about the extent I go to now is wearing pants and socks. :D ↩ Reply

Wall heaters has gas hookups but the heat isn't circulated through the house through ducts like with central air. The heat just pumps out of the wall... eventually, it gets around the house (or the room that you're in). There are two wall heaters in the house. One in the living room and the other in the hallway to the bedrooms. ↩ Reply

That sounds efficient---heating through radiation instead of convection. ↩ Reply