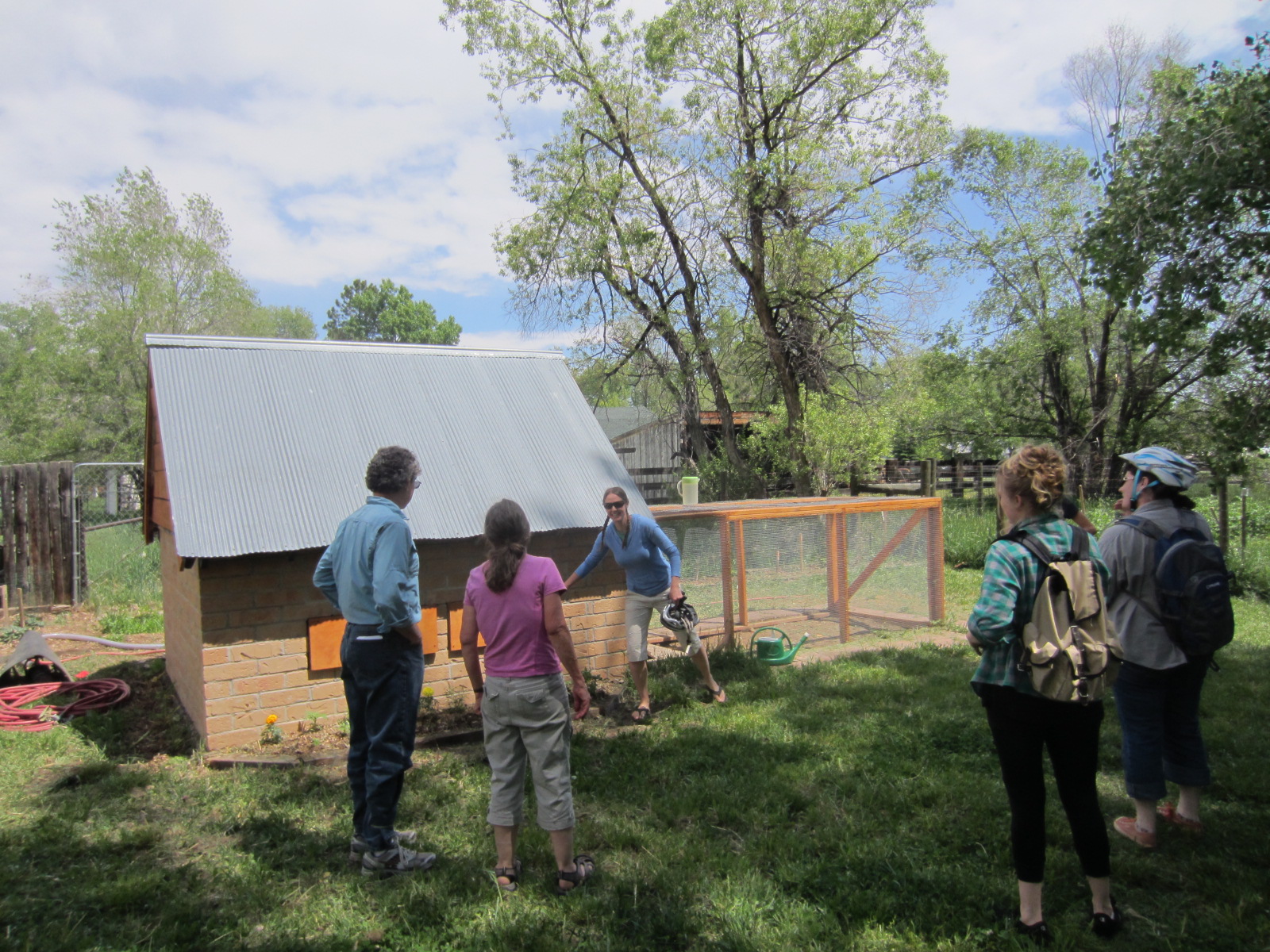 Have you ever seen a chicken tractor? If you had asked me a month ago what one was, I would have envisioned a squawking feathered bird taking a joyride on a bright green John Deere.

Hence I am glad that—for the third year in a row—I attended the annual Tour de Coop with Charis, Chris and Tori. I had a French meetup in the early afternoon so I was able to join the tour group at “only” four or five chicken coops, but that was ample time to admire the handiwork of the owners who were clearly passionate about giving their egg-layers the most comfortable home they could construct.

I took plenty of photos but did not create a video recapitulating the event and featuring the jolly Chicken Song this year.

However, here is some footage of the chicken tractor I mentioned earlier. As you can see, the chicken tractor is a movable coop without a bottom so that the birds can heed the calls of nature all while enriching the ground. After a few days of fertilizing, the portable pen can be easily relocated to another spot as shown in the video below.

As you can see, a dog plays a pretty significant role in the use of the chicken tractor!