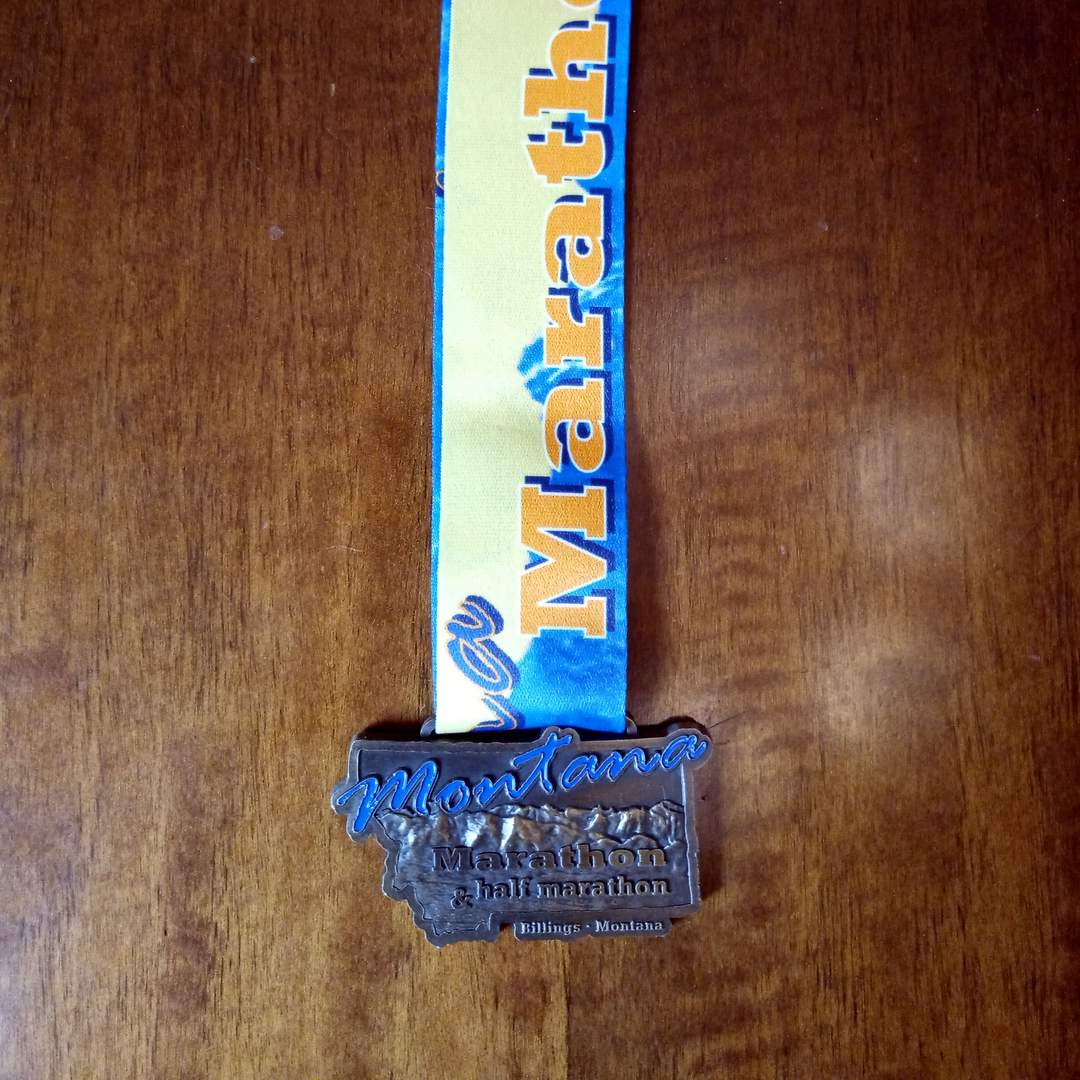 Before straddling the start line of this race, my legs were already aching from running the Bismarck Marathon the day before. They felt significantly worse than the last time I “doubled”—two years ago, when I won the Davy Crockett Bear Chase Marathon and then ran the Big-D Texas Marathon in Dallas with my friend Dan the following day. No matter; all I cared about was finishing this race and checking off another marathon state, “even if I have to walk and it takes me five hours.”

So I started all the way in the back of the starters in this point-to-point race. In fact, I was in dead last place for the first two miles. “No one is going to pass me if I start back here,” was the rationale.

Eventually, my legs loosened up a little. Then there was a downhill. I was no longer in last place as I picked up the pace to maybe eight-minute miles. I almost caught up to the other person who was doing back-to-back marathons this weekend—Jon Buzansky of Pennsylvania—when he stopped at a port-a-potty. I decided to wait for him. It would be nice to have some company.

He was happy to oblige. For the rest of the race—almost four hours worth—we talked about everything from North Dakotan history to the booming oil industry and ultra-low unemployment in that region, to high-tech companies like Google and Apple to football teams including the Broncos and the Jets. Time flew by much quicker than the ten-minute miles would have otherwise seemed.

With a few miles to go, Jon wanted to pick up the pace a little to ensure we finished under five hours. My legs—which had a dull soreness almost all day but never got significantly worse—actually felt better at this point than they did the day before (since they weren’t cramping!) and I was happy to. We finished relatively strongly.

The final time was 4:43:44, which is certainly pedestrian but still better than the first and third marathon I had ever run. And considering my meager training base, it felt like a pretty good achievement to complete two marathon states in a weekend.

Point-to-point (runners take a school bus from a high school in Billings to the start); very rural with views of brown fields and mountains the first 20 miles; through residential neighborhoods with traffic the last 6 or so miles; net elevation loss, all on roads, with the potential to being a very fast course.