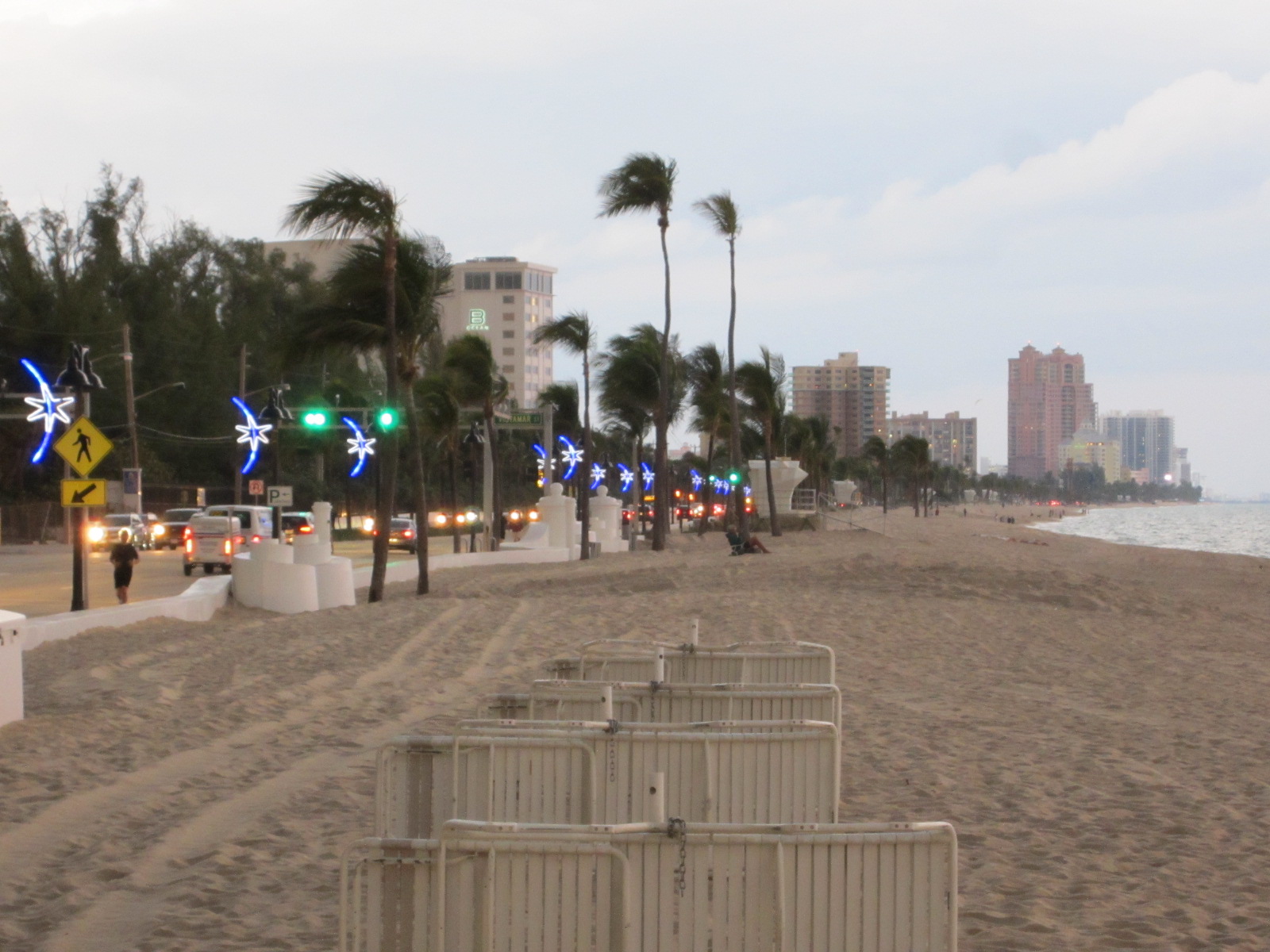 I had four days in sunny Florida before meeting up with the others during the weekend, four days in which I’d be away from home, kitties, people I knew, and other miscellaneous distractions. Which was perfect as I wanted to focus on engineering, running, and working out for this period of time—all while getting some glimpses of the beach. First I considered South Beach or Miami but decided against them due to the high activity and general craziness of the big city. Fort Lauderdale—a place I got to visit for half a day in 2008—seemed a better fit for my purposes. Less crowded, a little more low-key, but almost as hip.

Unfortunately, I couldn’t work out and run nearly as much as I originally envisioned due to lingering illness from weeks ago that mutated into a minor sinus infection. But Fort Lauderdale was pretty good as a place for recovery and relaxation at least when I was not designing machined parts.

But I did make a point to run near sunset and sunrise along the beach, which was just yards away from my hotel. The rise of the morning sun, of course, was a better spectacle to behold in these parts due to the beach and the ocean facing east, but it was almost as pleasing to see the sky dim as the blue and red lights of the downtown district pierce the impending darkness.

One thing about Fort Lauderdale that seems to plague the rest of Florida is that it seems to take forever to drive anywhere. A trip to Whole Foods just 4 miles away required being in the car for over 15 minutes, and other times I got caught behind drawbridges that were raised for ships in the inner-city canals. Drivers aren’t particularly good or courteous (I’ve never seen so many red light runners as during my whole week in Florida), with there being a sometimes alarming mix of the occasional aggressive driver among the slower septuagenarians.

The roads did provide a lot of rolling high-end eye candy, if you are into that sort of thing. I haven’t seen so many newish Jaguars in a while, and there were also a lot of Cadillacs, Lexuses, and Audis among other teutonic machines. There was also a smattering of Maseratis and Bentleys, and I saw at least one Ferrari. I found it a little curious since according to Wikipedia the median household income of Fort Lauderdale is nowhere near that of, say, Palo Alto.

There is no doubt Fort Lauderdale attracts some affluent people with particular tastes, but there were also the younger professional folk and vacationers who kept in shape by running along the beach. Just as I had done in my largely agreeable days here.