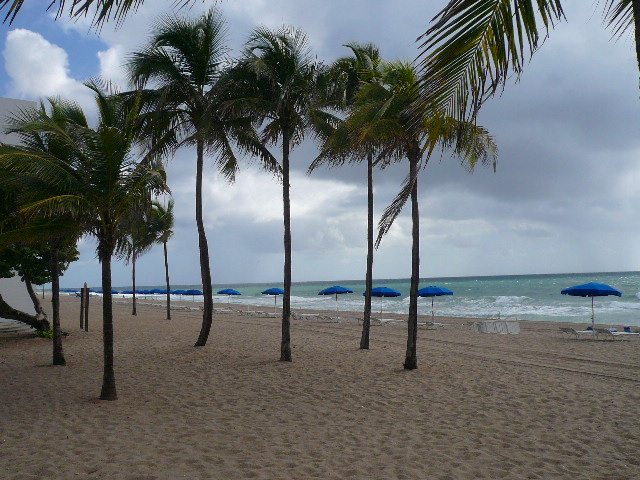 When Dan asked me to be a groomsman at his wedding in Miami, Florida, I was excited for a number of reasons: 1) my buddy Dan was getting married to a wonderful woman, Susan; 2) I’d get to see Dan and Susan for the first time in over a year; and 3) for the first time in my life, I’d be visiting the Sunshine State. So in June 2008, I pushed aside my preconceptions about what I heard about Florida (e.g., hurricanes, humidity, flat land, old people, bad drivers) and hopped on a jet to Fort Lauderdale.

Why Fort Lauderdale, you might ask, if the wedding was in Miami? Well, first of all, I had a free round-trip Southwest ticket from flying on that airline so many times, and the closest airport to Miami it flies to is Fort Lauderdale, about 26 miles north. Second, I had heard many good things about Fort Lauderdale. Indeed, I think Dan spent many summers there because his Nanna lives there.

It turns out what I heard about Fort Lauderdale was correct: it is nice! Downtown has canals that boats cruise by on in a picturesque way, and the area by Fort Lauderdale Beach is delightfully clean, colorful, and uncrowded. Unfortunately when I got to the beach it started pouring, but shortly after I left, it was sunny again. (Figures.)

Also unfortunately, I didn’t get to spend more than half a day here, so that’s about all the superficial impressions I can pass along. The next few days I’d spend in Miami, which was a real surprise.