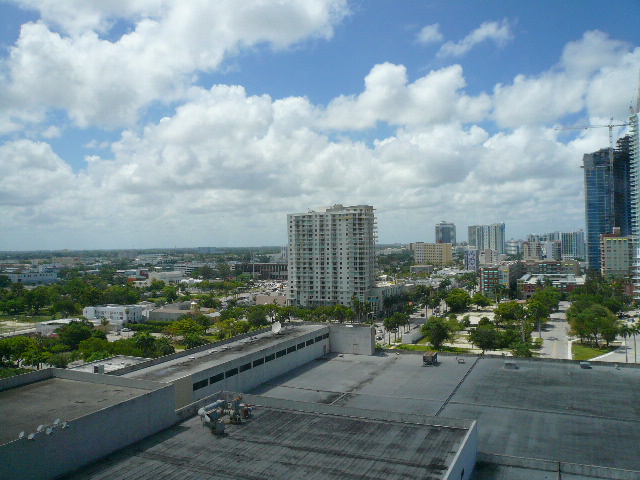 I don’t know about you, but when I used to hear the word “Miami,” an image would pop into my head of a guy named Don Johnson wearing a cheesy white suit hopping into a Ferrari Testarossa kit car to hunt down criminals and prostitutes. Other times I might have thought about of a tropical storm battering skyscrapers with rivers of water while palm trees swayed to the side at 45 degree angles. Or, if it was football season, I might have recalled how Dan Marino was able to throw for so many touchdowns but could never get back to the Super Bowl after losing to the San Francisco 49ers in his rookie year.

Clearly, then, I had never actually been to Miami. Until now. That is, when I flew down there to be a groomsman at my buddy Dan’s wedding.

Actually, Miami was a tremendous surprise to me. I drove down there midday on a Friday from Fort Lauderdale was shocked to see that traffic was not that bad at all, especially compared to Los Angeles or Chicago standards. Then, I checked into the new Miami Hilton (only $59/night on Hotwire.com!) and opened up the curtains covering the floor-to-ceiling windows on adjacent walls to see stunning views of downtown and the bay.

Hmmm, I may never be able to stay at a Motel 6 again.

Speaking of downtown, Miami is likely the cleanest large city I’ve ever been to. It’s remarkably modern and devoid of trash and graffiti, and was a refreshing contrast to the graffiti-laden big cities of Canada (particularly Montreal) that I had been inhabiting the month before.

Then, aside from downtown, there are very trendy areas such as South Beach and Coconut Grove. Dan and I went to visit the former on Dan’s last night as a single person. It was marvelous, although after surveying the restaurants down there to get a bite to eat, we concluded that the real South Beach diet consists of pizza. Whatever the case, it seemed like the locals were doing something right, as almost everyone looked trim and positively hot.

Coconut Grove was upscale and gorgeous, a perfect location for Dan and Susan’s wedding. We did a rehearsal on Saturday and the actual formalities were on Sunday. It was a lovely, joyous affair, and it was great to see all of Dan and Susan’s friends and relatives again, and of course, it was fantastic to see Dan and Susan themselves for the first time since a year ago.

It was a weekend full of elegance, luxury, and smiles, one that I really enjoyed especially since I knew it would be in stark contrast to the upcoming days ahead: a 2.5-day bus ride to Banff in Alberta, Canada, and afterwards, a grueling self-supported 2,711-mile Canada-to-Mexico mountain bike race called the Tour Divide.

In fact, the day I left Miami was the last day in over a month I’d be wearing non-synthetic clothes; the last time I’d sleep in a real bed until two weeks later in Basin, Montana (excluding the one night in the Banff YWCA where I slept on a bunk bed in a room filled with four other snoring cyclists); and the last time in six weeks I’d navigate a vehicle by stepping on a gas pedal instead of turning a crankarm.

It is these memories that leave a new fondness in my heart for The Magic City, now my favorite large city outside of Paris. And no longer do I associate it with Don Johnson’s fake Ferrari—especially since there are plenty of real Ferraris roaring down the streets in yellow and red, but never in white.