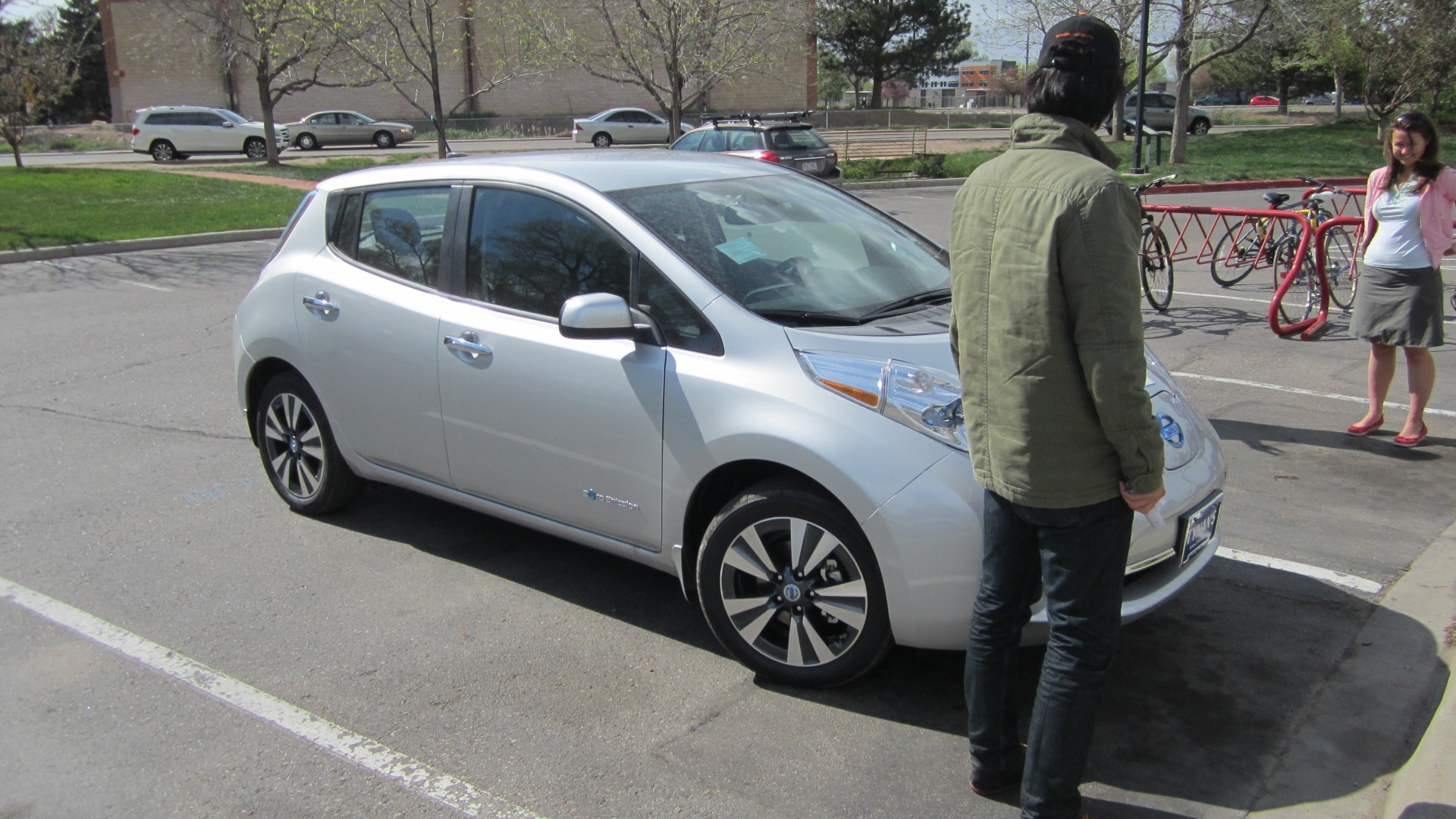 I hadn’t spent much time pondering how or when we were going to arrange that, but meanwhile, a notice landed in my inbox about an electric vehicle (EV) test-driving event at New Belgium Brewery. Maybe a new, unfortunately named Smart ED would be there? (Insert Bob Dole/Viagra joke here.)

As it turned out, there were only Chevy Volts and Nissan Leafs at the event. But they were small, cute and efficient and thus had a bit in common with Daimler-Benz’s iconic city vehicles.

We test drove the Chevy Volt first. I knew that electric cars (or in this case, a plug-in hybrid) had come a long ways since GM’s ground-breaking EV1, but I was still astonished that unlike that pioneering vehicle, the Volt did not drive or sound like a glorified golf cart. If I was blind-folded I could have guessed that I was driving a Chevy Cruze, which just so happens to be a remarkable car. And also shares the same platform as the Volt.

After the test drive of the Chevy, we met up with some friends at Avogadro’s for another friend’s final musical gig before she left for Ireland, but we returned just in the nick of time to test drive a Leaf. The volunteers were actually already packing up, but one of them was nice enough to accompany us in the Nissan.

After a false start due some confusion caused by the Leaf’s Jetsonian-like transmission dial—and an engaged e-brake—we were tooling around the breweries with Katia behind the wheel. “This is nice,” she said. A couple of times, in fact.

She still wants to test drive a Smart Car, however.