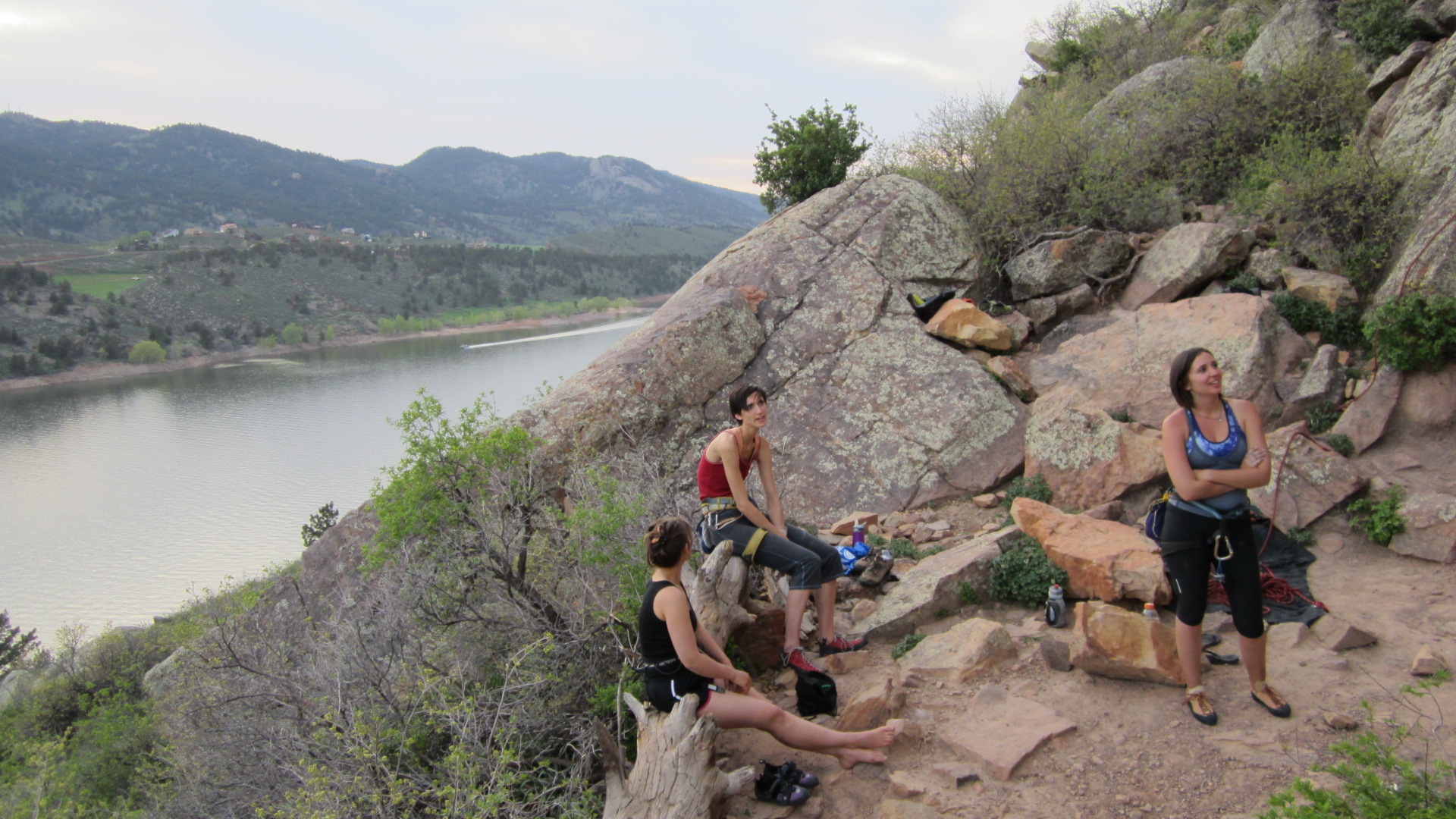 Most Friday evenings my climbing pals and I can be found clinging to plastic on an indoor rock wall in Fort Collins. But on this particular start of the weekend, we decided to hit some real rock: Duncan’s Ridge. It is super close, has a short approach that’s just steep enough to heat up the quadriceps, and features dramatic water views that makes you start imagining leaping off a rock face into the ocean as if you were in Thailand’s Phuket.

Another advantage: there are at least a couple routes that have easily accessible anchor points to set up some topropes in a few minutes. And most of the routes are mellow enough to take friends who are just starting to try out rock climbing and don’t have the bulging biceps of Sly Stalone.

This would be Katia’s first time climbing outdoors and Diana’s second. Come to think of it, it was my first time in 2013 on real rock. Jessie, Julie and Lauren also came, and amazingly we had the entire rock to ourselves. Guess all the college kids were at graduation parties or out for a beer in town.

We scampered up three climbs that were probably all around 5.6-5.8 level, and stayed well until the sun had dipped below the Horsetooth Mountains and the bright lights of Fort Collins below were shining on the other side. Great fun. Also much less expensive than a $1700 round-trip ticket to Phuket.