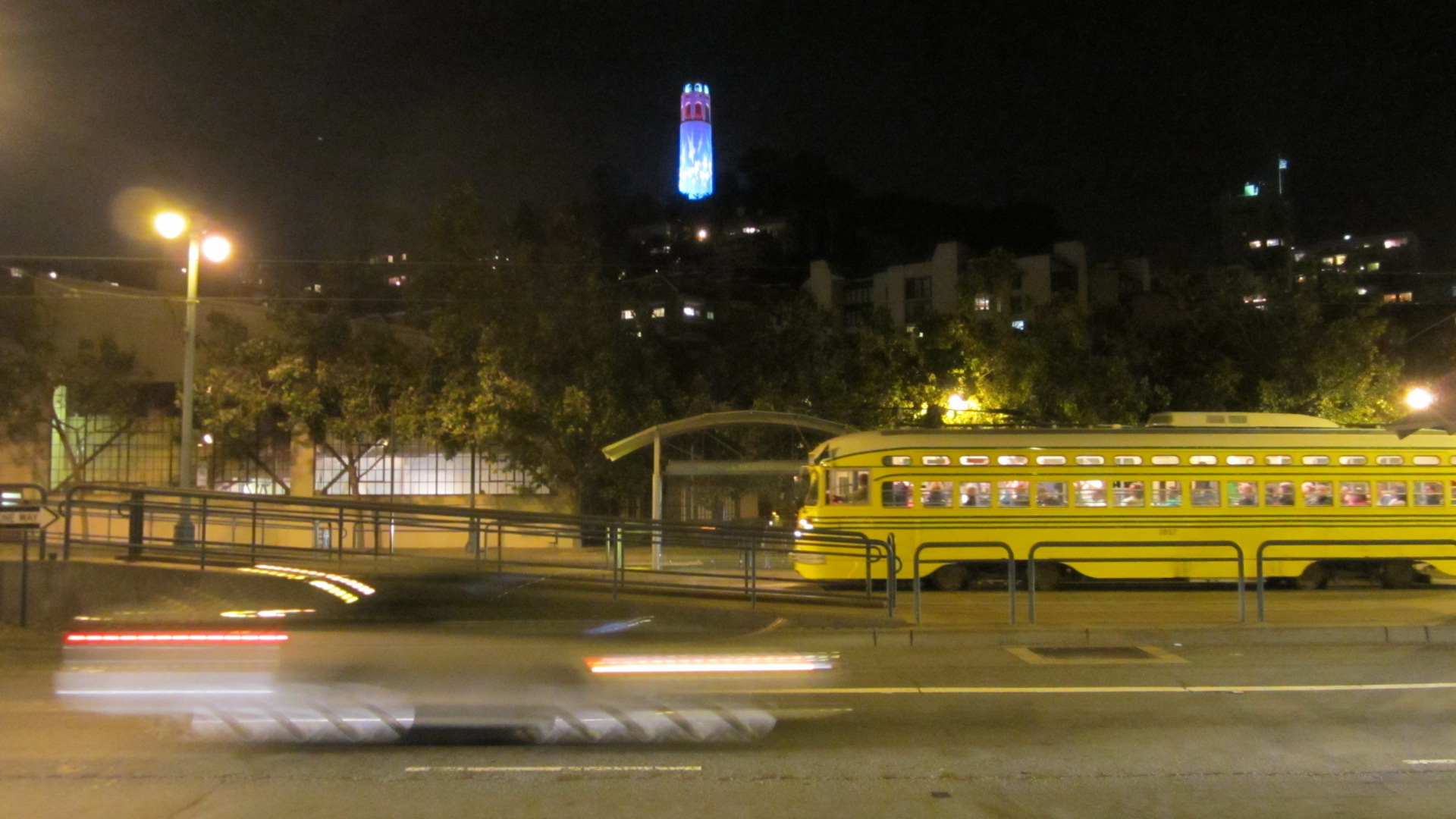 I can’t say that while I lived in Silicon Valley I had a tremendous fondness for “The City” and its bumper-to-bumper turtle-ness, stratospheric cost-of-living and dearth of convenient parking. But the farther away from Tony Bennett’s City on a Hill my affinity for it has only grown, and now I even tell people it’s one of my favorite big cities. At least to visit. And to walk.

We got to do a bit of ambling at Land’s End, North Beach, the Embarcadero and Fisherman’s Wharf, even encountering Rodin’s The Thinker at the former. So that’s why yesterday that sculpture was no longer behind Meyer Library at Stanford as it was when I was an undergraduate, I mused; mystery solved. We also ventured inside the Cliff House—one of my favorite spots in the world—but did not eat there.

I also did a bit of walking through Little Italy and Chinatown in order to fetch some Tum Yum Gai for Katia, who was nursing a bit of a headache one evening. Along the way I admired all the little city cars: Minis, Beetles, Smart Cars, and Fiat 500s like the silver one I rented. There were lots of gas-miserly Prii there too, of course. Even an Alfa Romeo Spider and a service garage in Little Italy devoted to what some affectionately call “the poor man’s Ferrari.”

Below are photos of all the above.