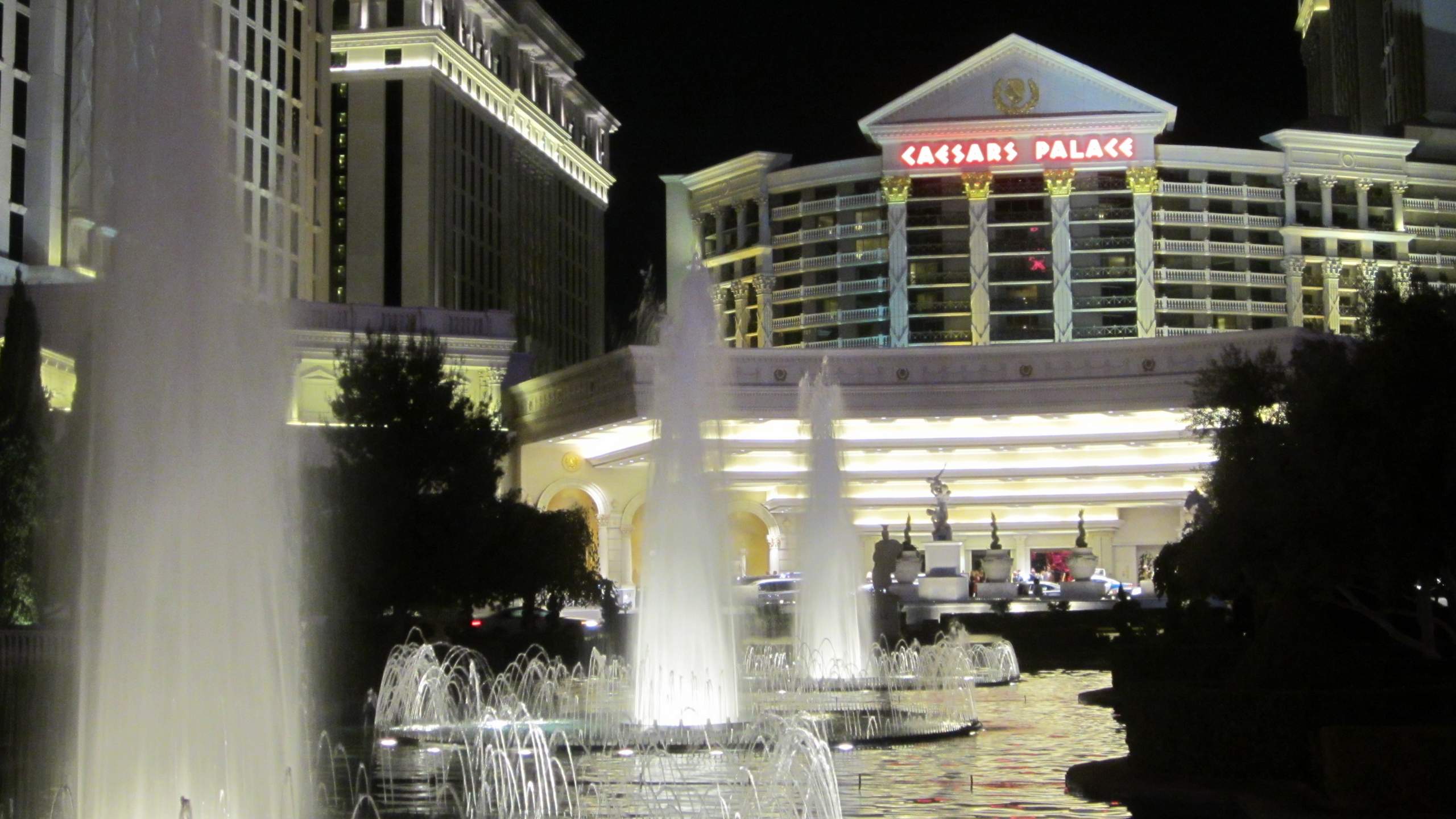 The last—and only other—time I was here, I didn’t exactly have the most complimentary things to say about Sin City, Glitter Gulch, the city of Lost Wages. This could explain why I only spent a day there during my Great American Road Trip. But perhaps my perspectives have changed a little bit during the last eight years because this time I was actually looking forward to visiting Vegas.

No, I still don’t care for casinos. Hookers have also never been my thing. I have, however, gained an appreciation for posh hotels and even the bright lights and the hustle and bustle of the big city (on occasion). It also helped that my friends Bandy and Sara were going to be here to hang out with. Or that Bandy, my bud from high school, and I were going to run the Rock ‘n’ Roll Las Vegas Marathon.

First item on our agenda—aside from picking up race bibs and registration materials from the Las Vegas Convention Center—was to fuel up. So for each meal before the 26.2-miler, we hit the buffets. We even had champagne at one of them. Never mind that usually the time to celebrate is after, not before, a marathon.

After being “buffet’d out” and also having the legs of an invalid due to running a distance usually traversed in a car, we went to see a show: Zarkana by the famed Canadian theatrical company Cirque du Soleil. The precision and faultlessness of the acrobatics were mind-blowing, if not extremely dangerous-looking. Made running over 26 miles look completely sane by comparison.

During other times, we made some rounds through hotels. Zarkana was at Aria, also the site where we had some beers. The Venetian was home to Little Venice and its gondolas, the Grand Canal Shoppes and ceiling murals. Caesar’s Palace had lots of Michelangelo-inspired sculpture and Rome-inspired architecture. Mandalay Bay is where many world-class boxing events are held.

My favorite hotel was the Bellagio. Inside are the beautiful Conservatory & Botanical Gardens (and also a “living,” talking tree), but the chef d’oeuvre are the Fountains of Bellagio which are choreographed to music like Faith Hill’s This Kiss every 15 minutes during the night. I got to enjoy this spectacle after the marathon while waiting for Bandy to complete his race, and it sure helped distract me from the soreness of my legs.

Walking further down the Strip past the Elvis and Star Wars impersonators, we glanced at Little Paris (complete with faux Eiffel Tower) and New York-New York but did not venture inside them. We did, however, stay in a four-star hotel—the Tropicana—right across from the faux Statue of Liberty.

There’s only so much of Vegas one can take in at once, so we made a side trip to the Grand Canyon. That was well worth it even if the driving distance was nearly five hours one way.

We also had met up with some other friends from high school, Hien and Thao and their families. They were also here for the marathon (or half-marathon, in the case of the husbands). Amazing how neither Hien nor Thao looked like they had aged at all during the last twenty years.

All in all, it was a great trip. I’d go back again, with the Wynn, Trump Tower, Treasure Island, New York-New York, Mount Rushmore and Little Paris being on the itinerary. Cheesiness may abound in the City of Lights, but so is fun.