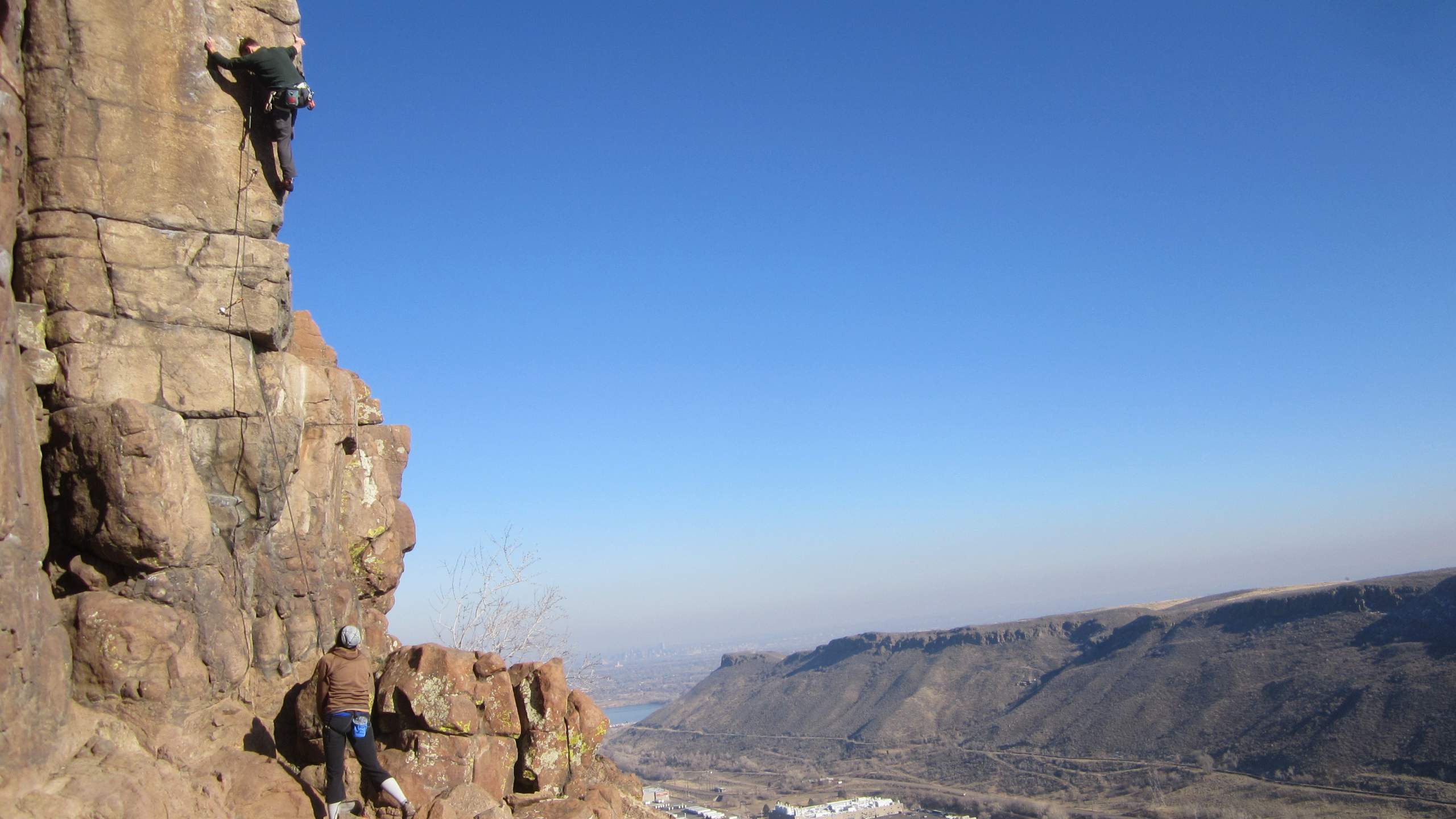 We were standing inside a Starbucks in Golden, Colorado, peering out the window at the light fog, the scattering of snow and a blanket of grey clouds thick enough to obscure the sun in its entirety. Our smartphones were proclaiming current temperatures below freezing. But after the clocks struck noon, we headed back up to a parking lot above the Coors beer plant, fully intending to climb the golden rock walls sitting on top of North Table Mountain like mohawk haircut.

We figured the sun was about to scatter the clouds and radiate its warmth among the south-facing cliffs soon, and we were right. It turned out to be a spectacular February afternoon to climb eight routes of the Brown Cloud Rocks.

This is what Erika, Jordan, Julie, Scott B., Julie’s friend Scott C. from Boulder, Steven, Susie and I climbed:

Turned out to be a great afternoon of climbing. Glad the sun came out after all as we wouldn’t have bothered to do even half of these climbs if it didn’t.