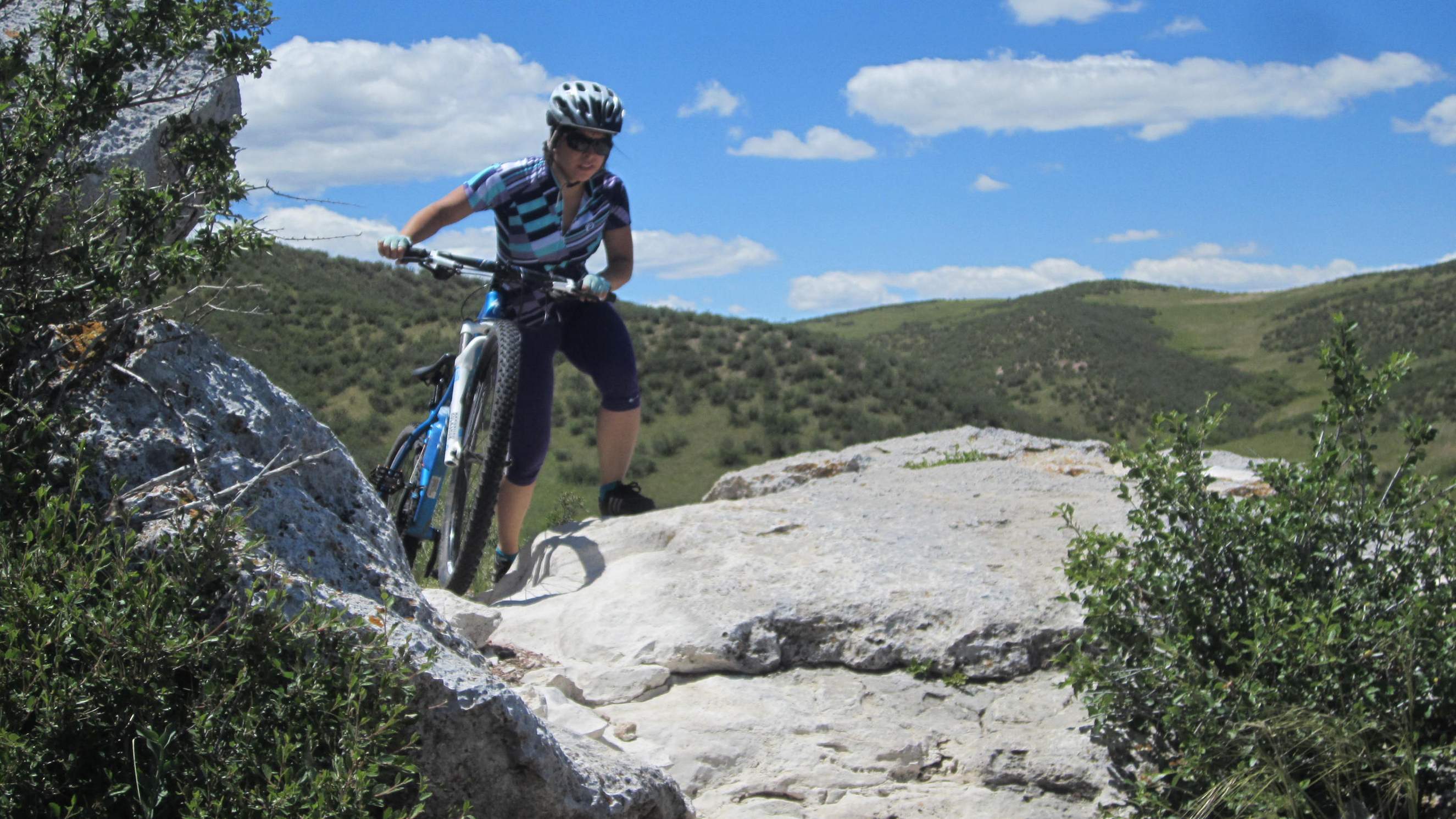 It’s pretty hard to believe—and kind of a shame, actually—that the only mountain bike ride I’ve done since the 2,700-mile Tour Divide was a short jaunt in Pineridge almost exactly a year ago with my friends Diana and Lauren. I must be a roadie at heart because there certainly is no dearth of mountain bike trails around Fort Collins. Some that come to mind include the Foothill Trail, Reservoir Ridge, Coyote Ridge, Lory State Park, Horsetooth Mountain Park, Bobcat Ridge, and… Soapstone Prairie.

Soapstone Prairie is just about the farthest natural area owned by Fort Collins, located about 25 miles north of Old Town. Fort Collins purchased the land in 2004 and opened it up in 2009, and the distance away is one of the reasons I never checked it out. That is, until today when Lauren proposed we ride there for a couple hours.

Turned out to be a great idea and, considering its peace and desolation brought back memories of riding along the Continental Divide in the aforementioned transcontinental race that has been the #1 adventure of my lifetime. We started out riding on some well-groomed gravel roads; made a couple errant turns including one that brought us all the way to the Wyoming border; and then rode a lot of singletrack on the Mahogany loop that wended around, up and over some marvelous knolls and hills that were covered with two-feet high grass and diminutive cacti.

There were even some spots where I was able to catch some air on my now near-ancient, bright yellow Cannondale F700, but Cranky (as I affectionately call her) didn’t miss a beat. The singletrack was only moderately technical, and there were just a few spots where I had to put a foot down or push the bike a little ways with my two feet on the ground.

By the time we were back at the parking lot, we had only ridden 11 miles, but they were quality miles in both scenery and exertion. Lauren and I both remarked how different it seemed from road biking: the dangers are different (crashing or falling vs. encounters with cars) and so is the scenery.

One thing is for certain, though: while I may still be a roadie at heart, I think I will be hitting the dirt trails more often this year. Soapstone Prairie was a great place to start and one that will be hard to beat in terms of tranquility and natural beauty.