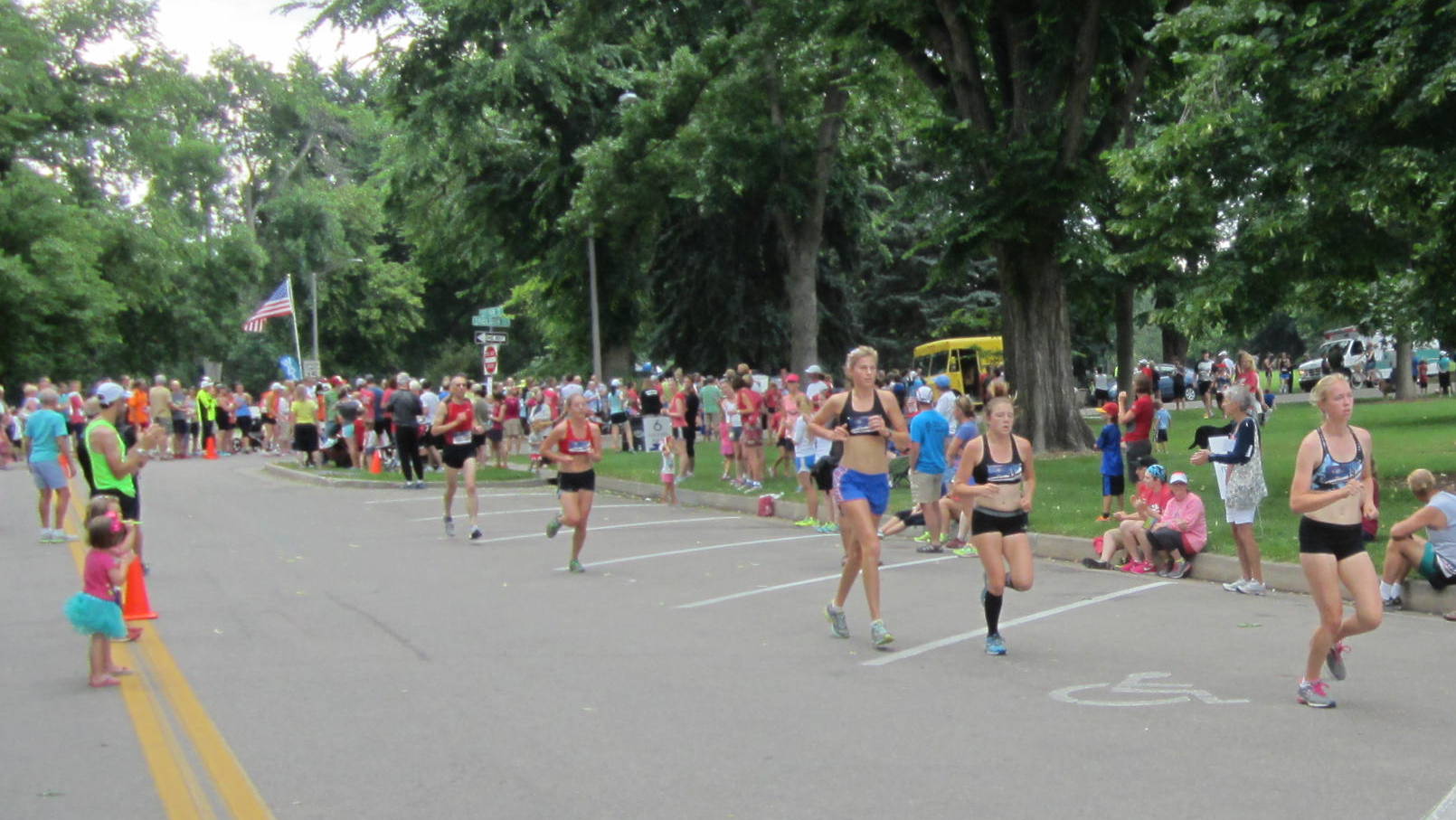 This whole year all my race performances but one (the Bolder Boulder) either barely met, or fell well short of, my pre-race expectations. I had some excuses—non-ideal courses, gastrointestinal issues, odd injuries—but the fact of the matter was I just wasn’t getting it done. Yet, I felt like I was in better shape than the 2014 results suggested. A couple weeks ago I even told my friend Adam that I felt like I was in my best shape since 2011.

The FireKracker 5k, then, would be something of a race of truth. Being involved with the organizing of it as a board member of the Fort Collins Running Club—the owner of the event—I knew the course was both fast and certified (accurate distance). There would be plenty of other fast people to pace off of. The weather was forecast to be great for running, especially for July. In other words, there would be no excuses: just an honest race where my mimimum goal was to run a sub-20 minute 5k for the first time in two years. The last place I had done so (19:57) was even at this same venue.

Despite having to wake up at 4:30 a.m. in order to prep, bike over, volunteer for race registration from 6:00-7:27 a.m., I felt good by the 7:30 trumpeting of the National Anthem and the 7:32 start of the race. I quickly got in a focused, cruise-mode rhythm, looking dead straight ahead with decent leg turnover, stride length, and breathing well under control.

After the first mile the race got more interesting as a there were a couple of junior high school runners and their coach right on my heels, the latter person barking orders at them. “Ok, at the next corner [LaPorte & Shields],” he said, “I want you to surge for 10 seconds.” This actually sounded like not a bad plan since the corners is where a lot of momentum is lost for a good rest of the race. Hence, I did the same which also had the added benefit of staying in front of the two tweeners.

Another three-quarters of a mile later the coach had more words of wisdom. “This is where the race start getting hard, so stay tough!” he exclaimed. Indeed, I was starting to feel more fatigue. His disciples must have also, because then the same guy started belting out his best rendition of the Rocky “Eye of the Tiger.” This guy wasn’t going to land a spot on American Idol any time soon, but I suppose that it was acceptable enough that one of the kids he was trying to motivate briefly joined. “This is not a duet!” the coach admonished, nearly causing me to burst out laughing.

It was actually quite motivating, though, at least for the next half-mile. Then, with about a half-mile left, I started to lose focus a little bit. It seemed like I was making good time, but I couldn’t see the finish, and there were a couple turns. Not being able to see the finish for that long, I didn’t have the guts to turn up the intensity, to turn on the juice.

It felt like I was still on cruise control. When I finally could see the finishing chute, there seemed to be just 100 meters to go, and my watch said 19:40. I (and others around me) seemed to pick up the pace a slight amount but not some heroic wild sprint. Still I felt like I would finish just under 20 minutes, so didn’t feel quite the urgency I probably should have. My watch read 19:59.75 when I ticked it off after running under the finish banner. Success at going sub-20 by the thinnest of margins!

When I arrived at the results area, the reality hit: my official time was, in fact, 20:01. Since that was a chip time, it was more accurate than my button-pressing. Also, I didn’t realize the timing mats were a couple feet beyond the finish banner. So I was actually a couple seconds off my goal time.

Worse, the results revealed that there was a boy who finished in front of me by a single second who was only nine years old. Nine! This boy probably had not yet learned how to spell “cardiovascular” and “accelerate,” and yet he beat me. I’m not even sure if that is fair karmic retribution for outsprinting a kid at the very end of the Pelican Lakes Turkey Trot 5k last November, as that kid was at least 12.

Additionally, the results said that I finished fourth in my age group, or just one place out of the awards. It was starting to feel like the entire race was a total failure for me.

But an hour later I received good news. “Hey,” said my friend Javier, who was volunteering at the awards table, “you haven’t picked up your award yet.” I assured him that I earned no prize, since the results said I finished fourth in my division.

But he checked again and as it turned out, the fastest man in my division actually won the race and (due to winning an “overall” prize) was ineligible for a divisional award. I did in fact get third place and some pottery stating the same. Pretty cool!

So the race was not a complete failure for me, even if I still feel I lost the race of truth by two seconds…