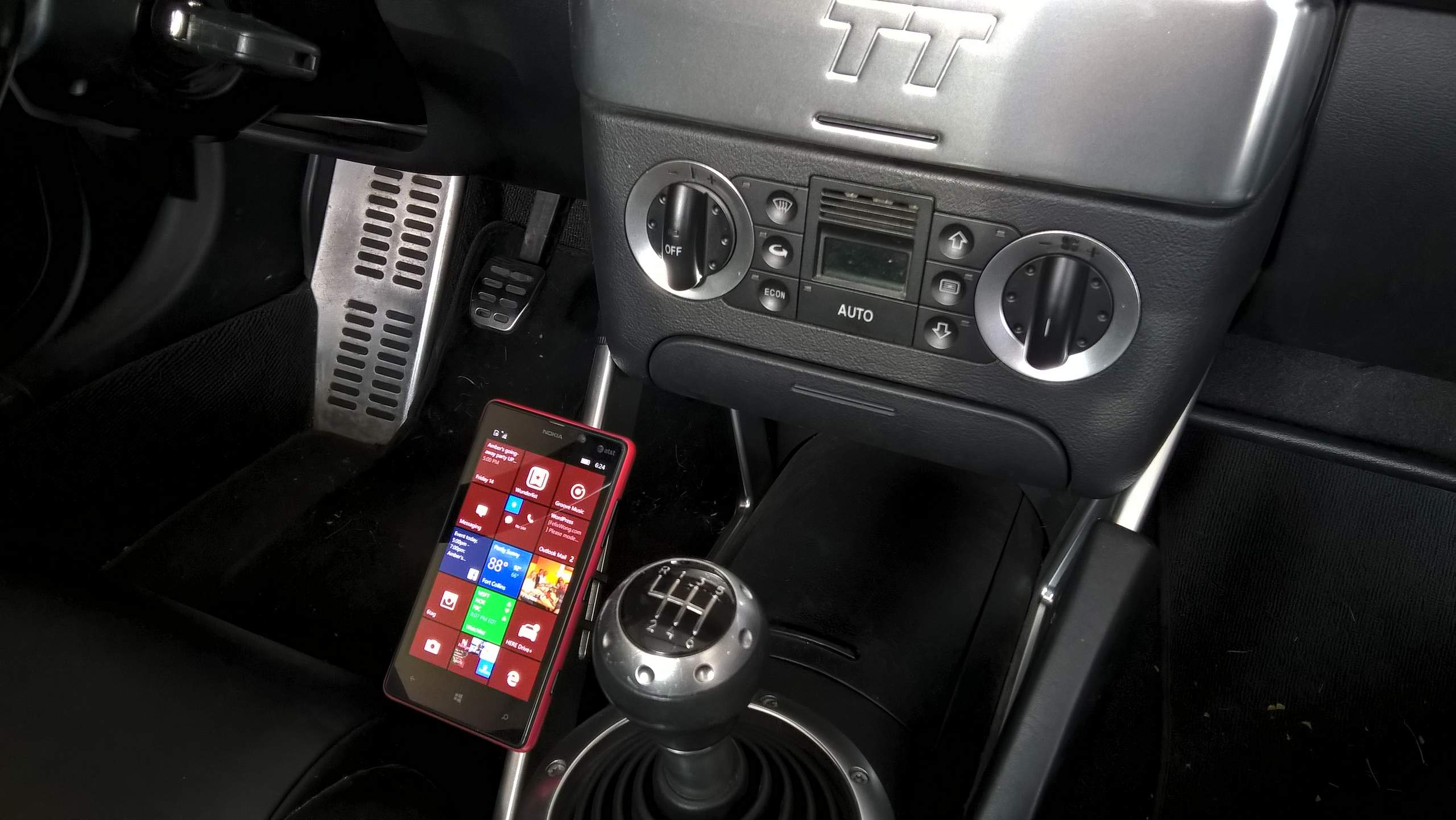 A few years ago I described how I mounted a smartphone in my car. It entailed zip-tying a modified $10 belt clip holster to the center console. It worked well—at least until I upgraded to phones that are different sizes.

Three years later, I have come across a much better method: magnetically attach the phone instead using a Cellet magnetic phone mount instead. This post describes how and depicts its installation on an Audi TT and Chrysler PT Cruiser as examples.

These are the advantages over the belt clip holster and other attachment methods:

There are magnetic phone mounts made by other companies, but I chose the Cellet one because to my eye, its round, black attachment “knob” was more inconspicuous and aesthetically pleasing. I did not like the silkscreened Cellet logo on it, but that was somewhat easily removable using medium-grit sandpaper and isopropyl alcohol. It probably would have been easier using acetone or lacquer thinner.

The phone mount can attach to your dash using the included 3M adhesive pads which, according to some reviewers, are pretty strong. I did not feel they were strong enough and thus removed the adhesive pads altogether. Then, for the Audi TT I ground some grooves in the base using a rotary Dremel tool so that zip-ties could be used. For the PT Cruiser, I attached the phone mount to a perfect location on the dash using silicone adhesive. (To keep the phone mount in place while the silicone dried, I used duct tape.)

The phone mounts have stayed on completely securely using these methods, and phones have never accidentally come off once.

How to Magnetize the Phone

Of course, for the phone to stick to the magnetic car phone mount, your phone needs to have enough iron for the mount to stick to.

Good thing, then, most magnetic car phone mounts come with a thin steel plate you can put underneath your phone’s battery cover (as in the case of my Nokia Lumia 820, Microsoft Lumia 640 XL, and Moto G4 phones, for example), or stick onto the back of your phone.

You can also easily make a plate by cutting the discarded top of a canned food item with scissors to size.

Photos were taken using Microsoft Lumia 640 XL and Nokia Lumia 820 Windows Phones. In fact, they are depicted in the photos themselves.