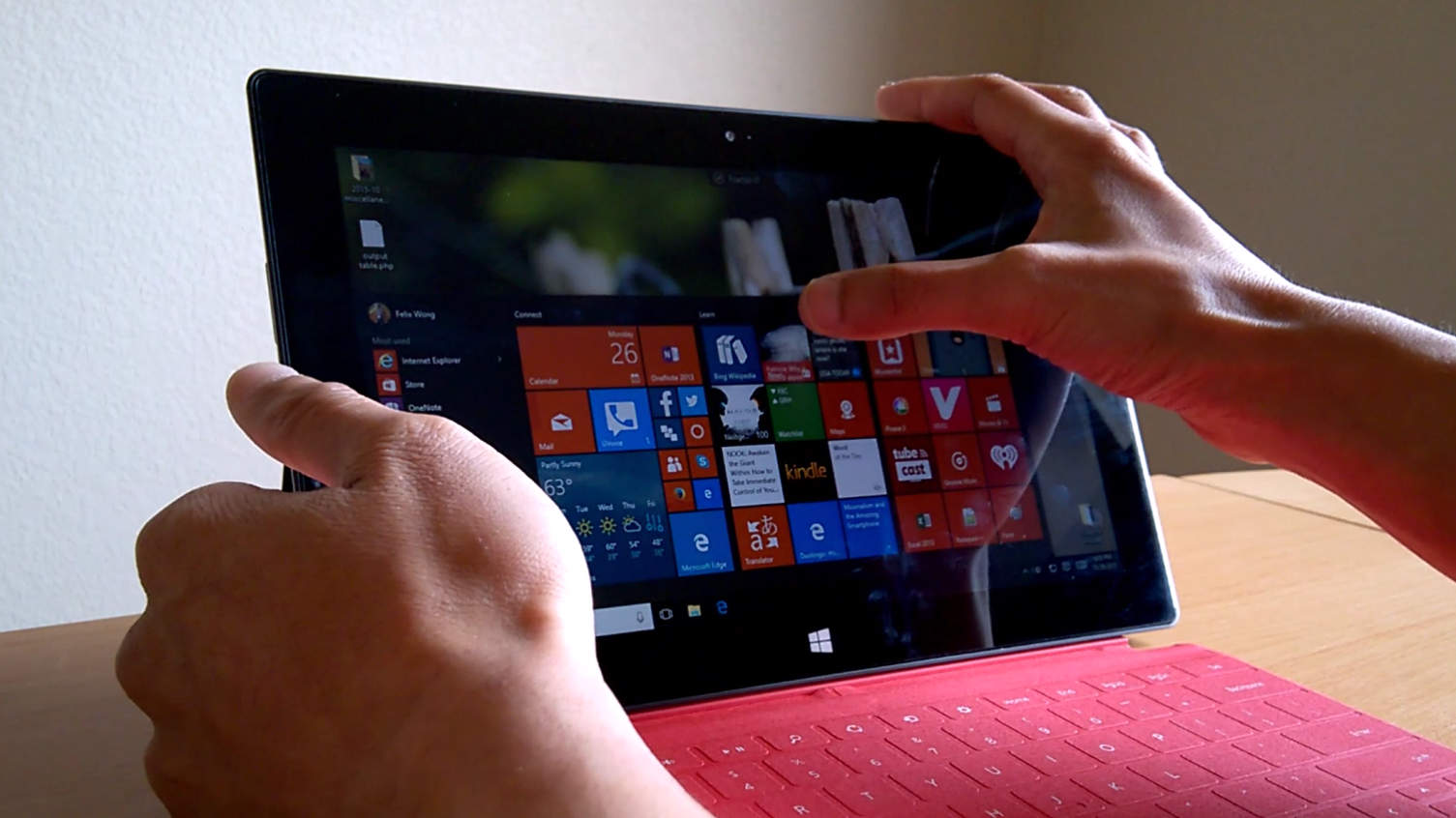 Microsoft really nailed it when they released Windows 10 to the delight of over 100 million PC users who have already installed it within the first three months. Unfortunately, tablets sporting ARM chips and Windows RT cannot get the upgrade. This includes the original Surface RT that I had been using for the last three years.

Fortunately, there is a workaround that works remarkably well if you have a PC running Windows 10 Pro, Enterprise, or Education on your home network. Just Remote Desktop into that computer with your Surface RT! It functions virtually lag free and as if Windows 10 was running natively on the tablet. Gestures, screen rotation, window resizing, sound and Desktop and Tablet modes all work well.

But why run Windows 10 when Windows 8.1 RT runs perfectly well on a Surface RT? There are a few reasons:

Below is a video demonstrating the above. I was using Desktop Mode for the first 1:22 of the video and Tablet Mode thereafter.

This workaround worked well for me—at least when I was at home and a good network connection to the Windows 10 Pro workstation. Now that I am on the road more, I traded in the Surface RT for the just-released Surface Pro 4. The SP4 is simply an incredible device. But I still have fond memories of using the Surface RT, such as taking meeting notes during Spanish Conversation or traveling for five weeks in Europe.

Note: I do not think this will work with a PC running Windows 10 Home (instead of Pro, Enterprise, or Education) because since that edition cannot function as a server for Remote Desktop.

Thank you. Finally I got the info i needed as to why my Surface RT won't fun IE anymore. So frustrating! Now, do I need to dump my Surface. I mostly use it for travel and pleasure. And, watching Netflix!