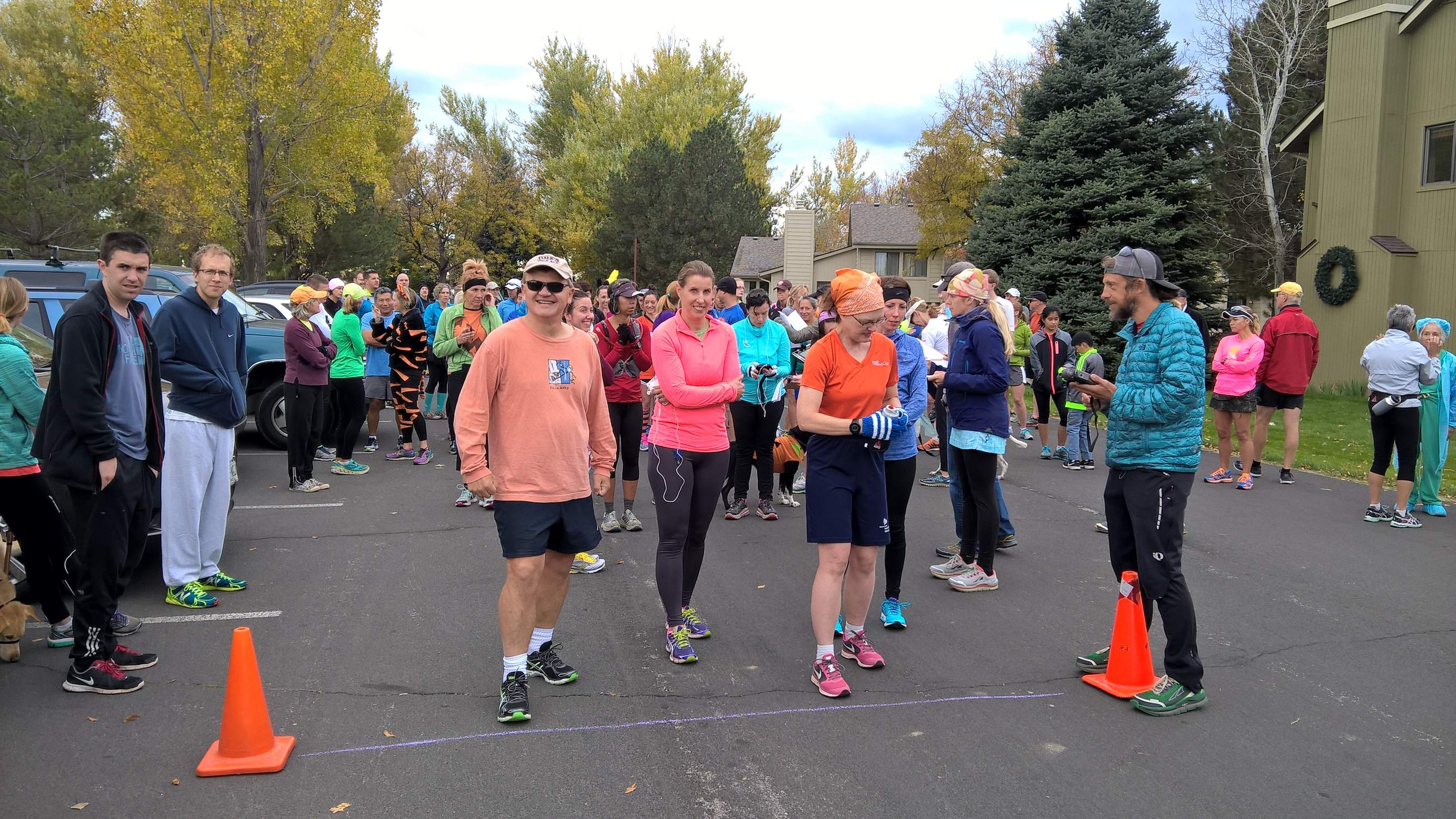 My friend Adam—who was doing his first official race for the first time since 9th grade—and I were talking about running 5Ks in our hometowns, coincidentally on the same morning. It was then that I noted that I had a annual sub-21-minute 5K streak going back to 2004 that was in danger of ending this year. While I later would find out this was not strictly true (I had in fact run a 5K Strava segment in 20:59 in April of this year), this gave me extra motivation to try to finish in 20:XX today. I knew it would not be easy because my speed simply is not quite where it was even compared to one year ago, plus I am no longer fully acclimated to the altitude of Fort Collins due to living in St. Louis for the last couple months.

The weather turned out to be perfect for a good effort: high forties Fahrenheit. I started the race 30 seconds behind Alex May—who noted that we met each other at this race nine years ago, when only about 10 people were participating in these Fort Collins Running Club Tortoise & Hare races—and alongside of Nate Huner. I started out feeling comfortable and got a few steps on Nate and even seemed to make up some time on Alex. The first mile went pretty well, I thought.

Then came a couple short and gradual hills and some turns through a residential neighborhood. I took the shortest lines around the corners and despite my breathing becoming harder kept pushing. By Mile 2 I felt like my breathing and legs were already at their limits but I tried forcing myself to push even harder in contrast to last year, when I lost focus and started slowing while catching up to other runners who started ahead of me.

With about half a mile to go Leora Garcia—one of the female speedsters of Tuesday Night Track whom I could actually keep up with a few years ago—blew by me. Her stride rate seemed to be quicker than mine, which makes me think my cadence has slowed during the last year which could explain the reduction in speed. It may be time to start running with a metronome again.

Anyhow, her passing me kept me on my toes and I managed to sprint into the finish. Well, almost. The finish line was actually backed up with other runners about 2 feet from the line. Since we had to maintain our finishing order, I could not just sprint through the finish like I would in another race. This might have cost me a second.

I turned off the app on my phone which I saw read 21:03. Since I started it about 1 second before starting and stopped it 1 second after stopping, I think my final time was 21:01. So close!

While that was a little deflating, I was happy with my effort as I felt I put it all out there. Surely, I should have been able to find two more seconds somewhere to finish sub-21 minutes—but where is not obvious to me right now.

Last month’s Tortoise & Hare race (which I could not attend) was so well participated in (163 members) that our usual staggered start—where runners got their own discreet start time per some new system where runners started out in 30 second waves. Runners’ handicapped times would be rounded to the nearest 30 seconds, and runners could also look up their start times in advance to eliminate check in.

This required some massive coding on my part during the last week but got it done. And thanks to the volunteers and this new system, the race went off without a hitch! That was a relief.

Thanks for all the work you do for the running club. The website site is great and I enjoyed your blog! I was one of the runners you passed at the Warren Park 5K TNH and you certainly looked strong to me! Thanks for all your work on the Lincoln Center movie and get together, too! Every time I see you, you are wearing a contagious smile1 ↩Reply

Aw, you are so nice, Cathy! Thanks for stepping up and joining the board. Great job running on Sunday too! See you later; probably the January T&H! ↩Reply