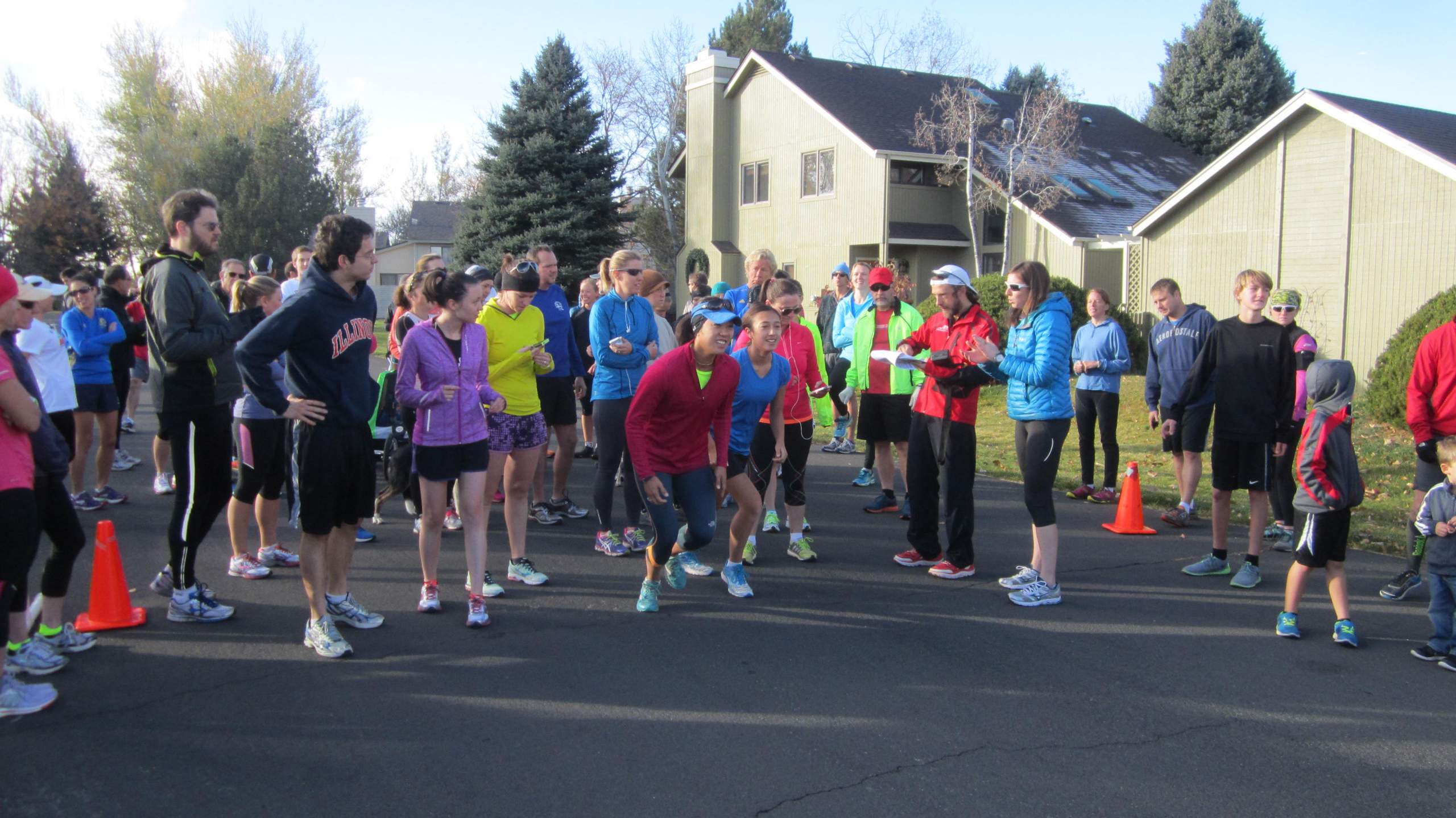 Forty degrees. If the previous years have been good indicators, today’s Warren Park 5k would be the last reasonably warm Tortoise & Hare race for a few months and this would be my last good effort for a little while.

The course was new: instead of being the FCRC’s traditional out-and-back route, it was a circuit. Nick, the T&H race director, made this change in deference to the neighborhood’s residents and drivers, who probably would not have been too thrilled that 122 runners were prancing up an down the streets.

Due to last month’s good race, I was sent out as one of the last in this staggered-start race. My starting position meant I got to chase the club’s fastest women—including Nicole and Amy—with Sarah starting 23 seconds behind me. After the first mile I caught Nicole and Amy while maintaining what felt like a comfortable 6:20/mile pace, but then the road turned upwards and started to wind through residential streets. As I rounded turns and other runners, I started to tire, lose focus, and see the Garmin flash 6:50/mile and then 6:55/mile. I was slowing.

Fortunately, with a quarter-mile to go I could hear loud footsteps and breathing not far behind—Nicole’s or Sarah’s, I was certain—which got me out of my funk. I sprinted in so as to not get caught, and when I crossed the line, 20:15 had elapsed. Not bad.

It was one last good effort before the frostier months. Just hoping that December’s T&H race will be warmer than five degrees, unlike last year’s.