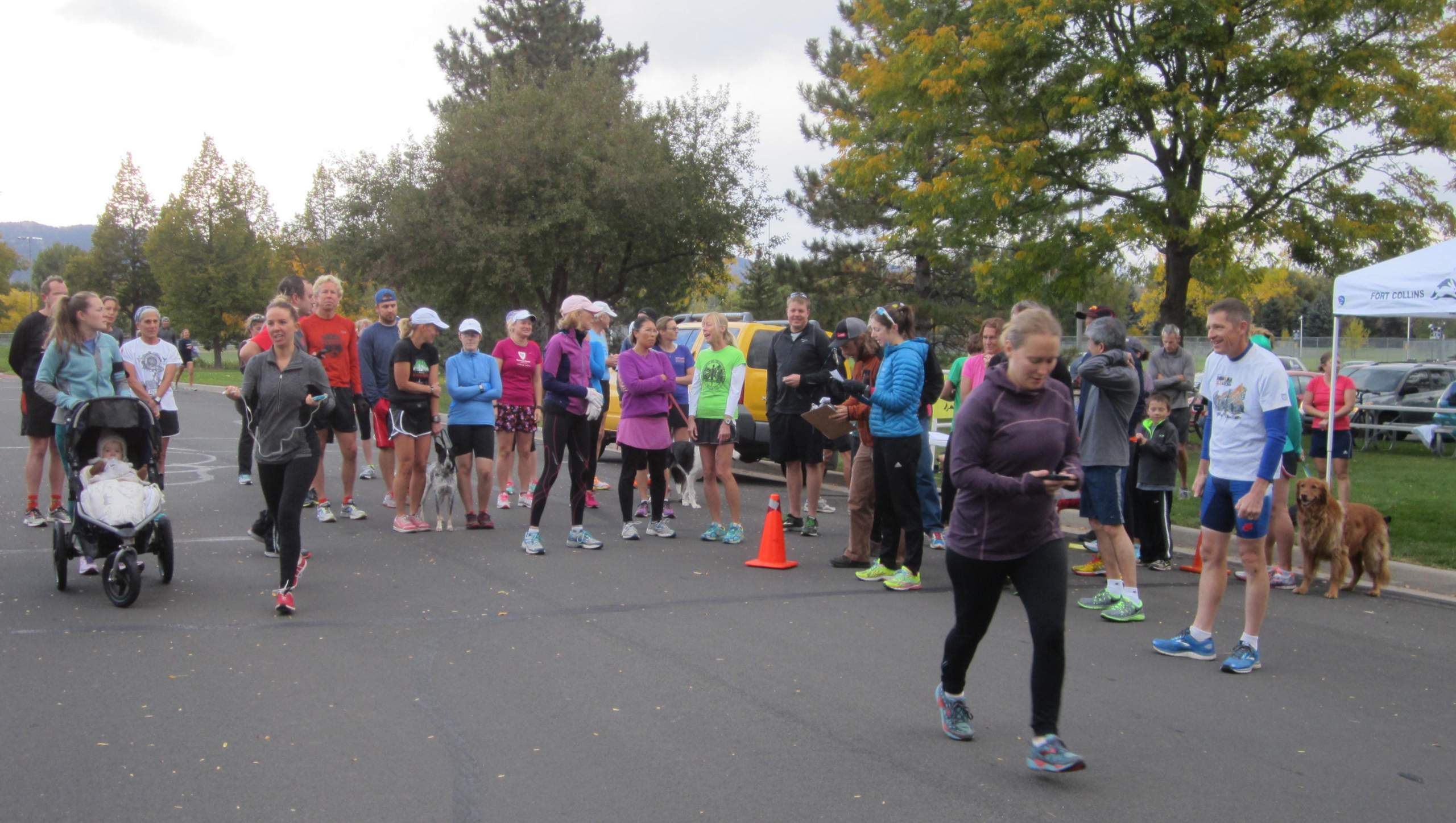 The last few years I entered even the shortest of the Fort Collins Running Club’s handicapped races, dubbed the Tortoise & Hare series, with a mild sense of trepidation due to lack of training. Not this year. After participating in Tuesday Night Track during the summer and doing various Strava segments, I actually came into this race thinking this distance was going to feel easy.

Never mind that Greg LeMond once pointed out, “It never gets easier, you just go faster.” As it turned out, the race did feel easier than in years past.

My final time bore this out: 15:50, or 6:22/mile pace. This is just the second time I finished the 4 kilometer distance under 16 minutes, and just 11 seconds off my personal best set in July 2007—which may have been a slightly shorter distance, since that measured 2.43 miles instead of 2.45 miles. So in fact, this may have been my best 4k effort ever.

There was a comical moment in the race. Somewhere during the first mile, I caught up to Alex and Slush who had a 20-second head start on me, so Alex turned to Slush and said, “Don’t let Felix get ahead!” So Slush started sprinting—twice in fact—which almost made me burst out laughing as it reminded me as to how my 12-year-old rivals run with their frequent surges. “I am going to fake him out!” exclaimed Slush, who somehow had all that energy despite running 10 miles the day before.

Fortunately I was focused enough to keep going a steady pace and as the Strava data showed, pretty consistent all the way to the end.

When I crossed the finish line in an all-out sprint, I was handed a popsicle stick with the number 54 on it. This meant that despite posting the second fastest time of the day and beating my computer-predicted time of 16:30 by 40 seconds, I still only finished in 54th place. (There were 112 runners in this race, which was record turnout for any Tortoise & Hare race.) That underscores the uniqueness of this handicapped race series, where those who finish first are not necessarily the fastest people, but those who beat their computer-predicted times the most and hence are improving the most.

So despite this distance feeling somewhat “easy,” it is quickly becoming apparent that placing highly in this race series is going to be anything but for me.