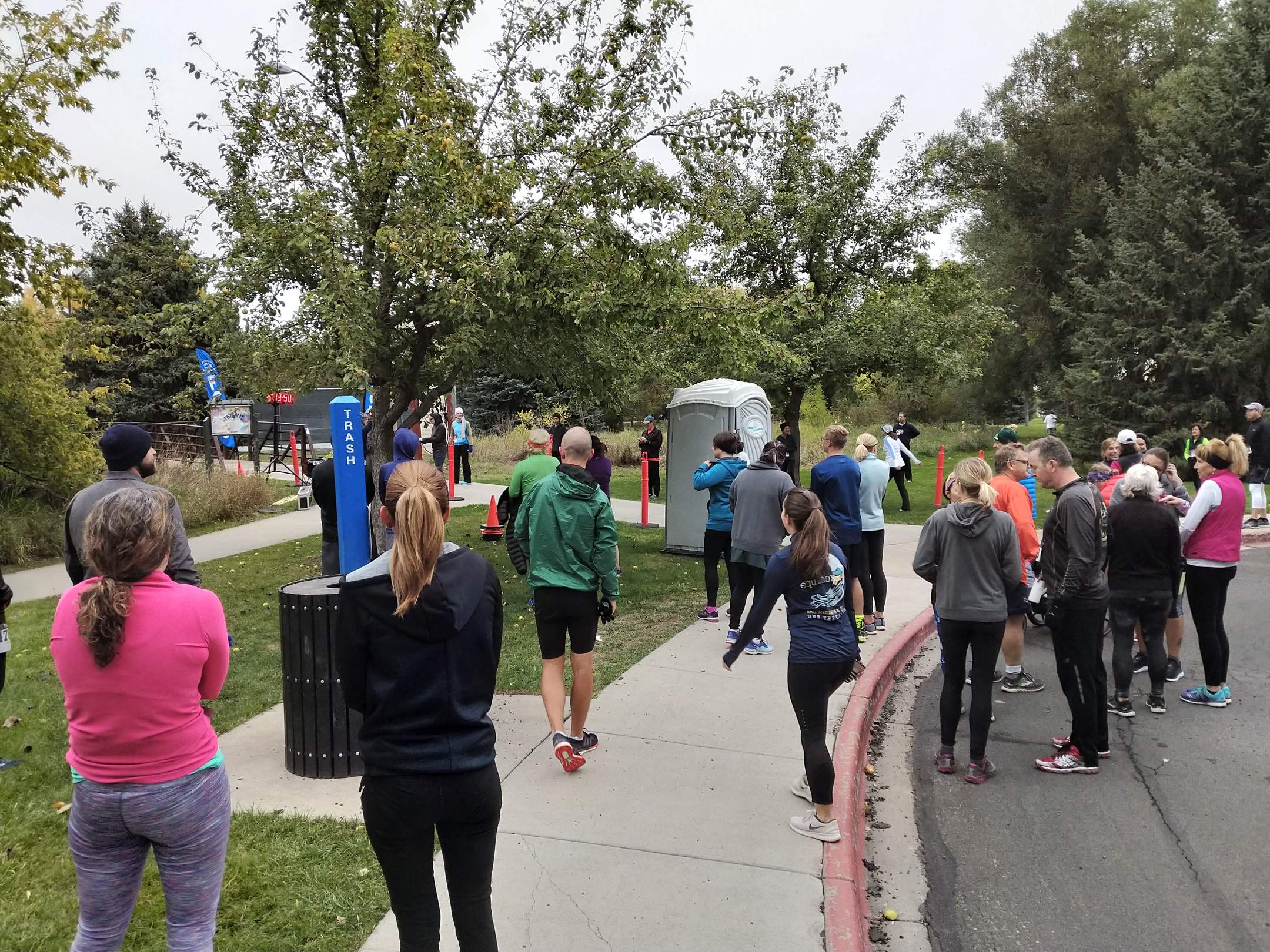 Five months. That’s how long it’s been since the discontinued—and hence now for races only—magic shoes were on my feet, and that was for a try-to-survive 50-mile mud-fest. In contrast, this race would be a test of how fast can you run in the amount of time it takes to bake a pizza, over half of which would undoubtedly require a lot of hard breathing. That is, if you are running hard enough.

I took off at my designated start time like a drag racer out of his chute, and for the first half of the race felt rather good. The Puma H-Streets felt noticeably quicker than the Lems Primal 2s that I use for all training runs. There was spring in my step and I felt like I even had something in reserve respiration-wise.

“You looked really focused,” another runner later said. Indeed, I was thinking more about form than looking at all the other runners who started before me and were coming back in the other direction. This aided in a first mile split of 6:24.

But then the one-and-a-quarter-mile turnaround snuck up on me. I seemingly lost all momentum at the orange cone. And then the Spring Creek Trail in reverse seemed to be almost a hill despite its measly 1 or 2% gradient.

On cue, I got a side stitch that developed underneath the right rib cage after the U-ey. That really put the brakes on the turbo and all I could muster was a 7:30/mile pace from that point on. Or, at least until around 400 meters to go when I felt some resolve and pretty much ignored the cramps.

I came to a complete stop a few meters from the finish line as there was a backup of finishers (in the Tortoise & Hare race series, it’s important to maintain actual finishing order for the results). Final time was 16:54, or 6:54/mile (6:48/mile official). A little slower than what I hoped but about what I was expecting. Nowadays, at an age where in any other race I’d be classified in the Masters division, I am content with anything under seven minutes per mile.

It will be a lot sooner than another five months before I don the magic shoes again, so here’s hoping my race fitness actually improves in the short term.