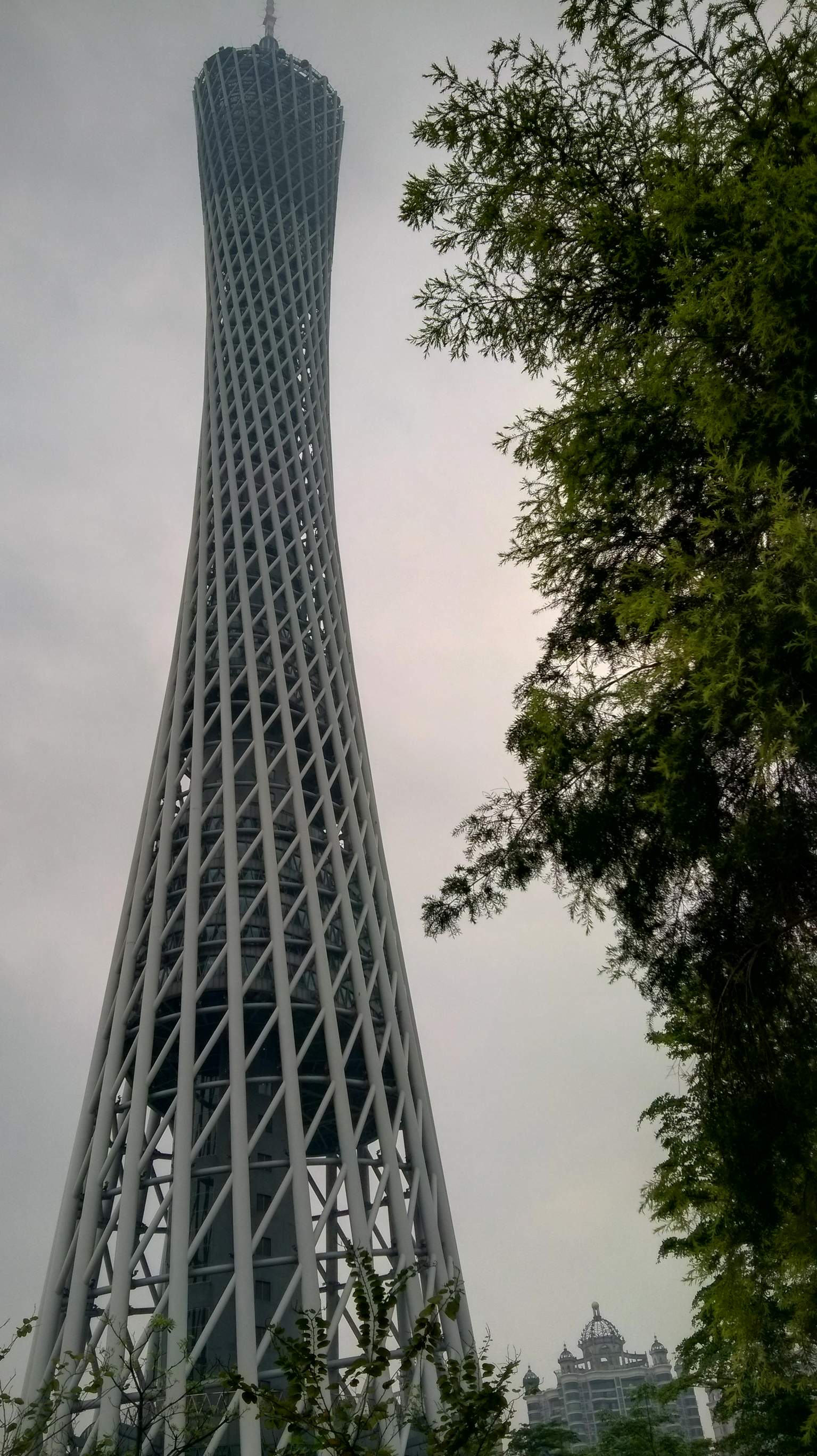 We spent four days in Guangzhou without a tour guide, meaning that we had to find our way around on our own. In fact, we arrived at the Guangzhou airport not really knowing how to navigate to our reserved hotel—the Holiday Inn Shifu—but thanks to Boingo airport internet service, Bing Maps and Guangzhou’s subway system, we found our way. On the metro, college-aged folks offered their seats to my parents, and upon exciting a subway station, one young lady even grabbed the handle of my dad’s suitcase to help lug it up a series of stairways. This was a touching gesture that, apparently, is par-for-the-course in a society where elders are automatically given deference.

So far so good. The next few days weren’t bad either, in which we walked the streets, endured being crammed into the metro like sardines, saw several of Guangzhou’s famous sites (see photos below), talked with some of the youngsters working at shops and restaurants, rode a nighttime cruise ship on the Pearl River, and even did a little shopping.

But the best part of our visit to Guangzhou was visiting places that had some significance in my parents’ lives as youths. It turns out both my mom and dad had memories of Guangzhou from about seven decades ago.

My dad lived in Guangzhou from ages 8-13 before emigrating to Montreal, Canada. He remembered some of the places important to him in his youth and was able to take us there. This included the site of his elementary school in addition to his home around the corner from it.

About 200 meters from the Holiday Inn was the Tao Tao Ju Restaurant, which my dad’s father once brought him to for breakfast as a kid. Seventy years later, my dad was able to take me (and my mom) to the same restaurant, which I thought was pretty neat. It had delicious dim sum too.

My dad also took us to the business district where his father ran a printing business. This was located near People’s Park—at that time called Central Park—which we took a stroll through.

The final kicker was taking a bus out of Guangzhou into the countryside 70 miles south to a small village called Chikanzhen, and finding and checking out the home and village my dad lived in from birth to 8 years old. This was so fascinating I dedicated a whole post to it.

My mom was born and lived in the then-British colony of Hong Kong until emigrating to Hamilton, Canada when she was 25. But there were a couple things she remembered about Guangzhou, which is about 80 miles northwest of the Hong Kong island.

First, she remembers her aunt asking my mom’s mother to buy a watch for the aunt’s daughter in Guangzhou. My mom’s family was not rich whereas her aunt’s family used to be relatively well-off since she had married a doctor. However, the aunt lived in mainland China and suddenly became not-so-rich when the Communist Party took over the country, and now my mom’s family was considered the better off due to living in Hong Kong. So my mom’s mother complied (even though my mom herself did not have a watch) and purchased the watch for the niece from a shop on Duobao Rd., which just so happened to a few blocks from our hotel.

Second, after my mom’s father passed away when she was very young, my mom and her family moved to Shawanzhen, a suburb south of Guangzhou, for about half a year. My mom was too young to remember anything from the town, but remembered the name of her elementary school. We went looking for it.

We hopped on the Line 3 metro, headed south to the Shiqiao station, and then hired an electric golf-cart driver. He had heard of the school and, in this three-wheeled covered vehicle that I could have outraced on my bicycle, managed to drive us there. Here’s a video of it.

We celebrated later that night by having dinner inside a restaurant in the now-industrialized town of Shawanzhen, a restaurant that was quite good but charged for every little thing including thin disposable tissues that Chinese use as napkins.

The following is a note from my dad that gives more information about the city.

My hometown of Guangzhou (Canton), which sits on the Pearl River—-the 3rd longest river in China, after the Yangtze and the Yellow River—is a several thousand year old city. It is only the sixth largest city [by administrative area] in China by population but the third richest after Beijing and Shanghai. Your mother’s hometown, Hong Kong, sits at the mouth of the Pearl River Delta in the South China Sea. The World Bank proclaimed that the cities from Guangzhou down to Hong Kong had become the world’s largest metropolitan area, both by population and area.

When I left home, Guangzhou had only one bridge and its tallest building was 12 floors high. Now it has 23 bridges and its tallest is among the world’s top ten. Now Hong Kong’s tallest has fallen off the top ten list to rank as the 11th, while the mighty Empire State Building is now the world’s 29th tallest.

In the link, please slide the blue buttons to see then and now. While our hometowns had changes, but they are dwarfed by the conversion of Shenzhen from a fishing village to a metropolis.