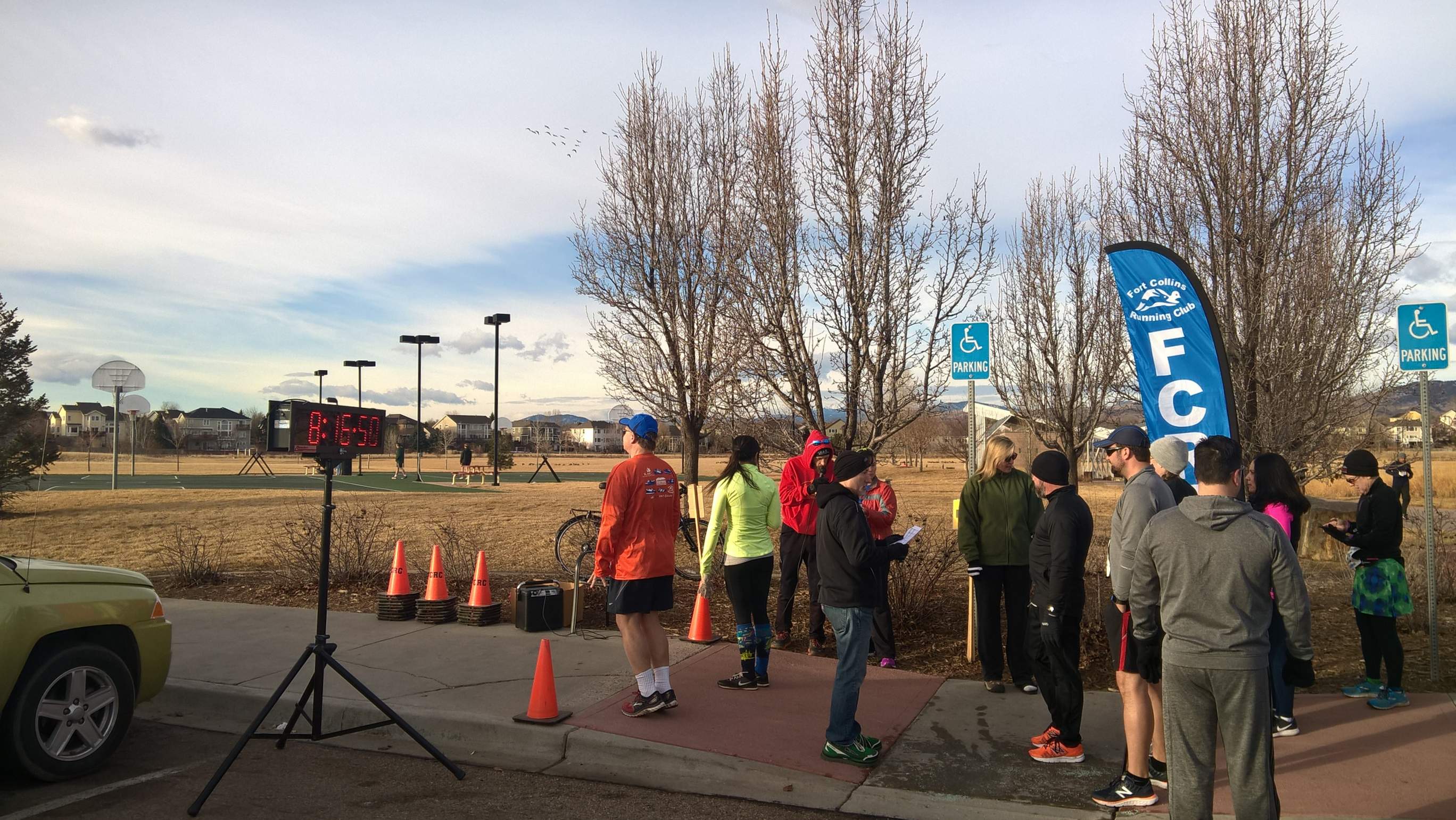 I was well aware of my February failures in running—particularly at the annual Fossil Creek Park 5k Tortoise & Hare race. For whatever the reason—such as “it’s too cold,” “I was feeling under the weather,” or “I am undertrained due to the holidays and traveling”—I never seem to be able to put together a good run on Super Bowl Sunday. My best time here was 20:46 (2012) and my worst was a red-faced 22:45 (2013). On only one occasion did I break 21 minutes—something I normally take for granted at any other time of year.

Despite knowing this history, I tried to put on a brave face. With the temperatures solidly in the thirties, the sun shining strongly and there not being a breeze strong enough to move even a feather, there would be no climate excuses today. When my friend Brad asked me if I was ready, I replied, “I am feeling pretty good.” I even pompously told Lisa that I would catch her (even though she usually has nearly similar speed and was going to have a five-minute head start)—and that, like my 0-6 Super Bowl streak when featuring the Patriots (the Patriots always won when I rooted against them and won when I supported them)—my losing ways were going to end today.

The FCRC’s computer algorithm seeded me in one of the final waves, and I leapt off the starting line with my friend Curtis. We ran side-by-side together for about 0.6 miles with my breathing seemingly more controlled than his, but nevertheless my body rebelled and he quickly had a few steps on me.

After Mile 1 my stomach muscles already seemed to be straining and my virtual hurt-o-meter was already in the red. While a 6:34 first mile gave me some hope that my final race time wasn’t going to be a complete disaster, I could already tell that a final time of sub-21 minutes was not going to be in the cards.

I then put my head down looking mostly only at pavement, interrupted by only a few head bobs to look at where exactly I was going. I tried not to be too bothered by all the clunky bridges we had to cross, the tight turns, the segmented sidewalk or a descent into an pedestrian underpass followed by a short-but-steep climb out of it (twice)—but in truth, all that took a toll. (Maybe in previous years too.)

Therefore how I ran the final two miles could be best describe as “survival striding”—as I was mainly trying not to blow up completely and make it to the end without having to stop. I managed to pick up the pace during the last 300 meters after the ultimate turn, finally catching a few runners (I only had caught about a half dozen of the 140 who started ahead of me by that point) although I needed to resort to running a little bit on grass to make the pass.

So add this to the list of February failures. Yet, I maintain that Atlanta—who I am rooting for over the Patriots in tonight’s Super Bowl—will break my cursed NFL World Championship record. We shall see and I will put down the results of that game here later.

The Falcons blew a 25-point lead and lost to the Patriots in overtime. They had so many opportunities to put the game away. Unbelievable! I’m 0-7 for Brady/Belichick Super Bowls now.