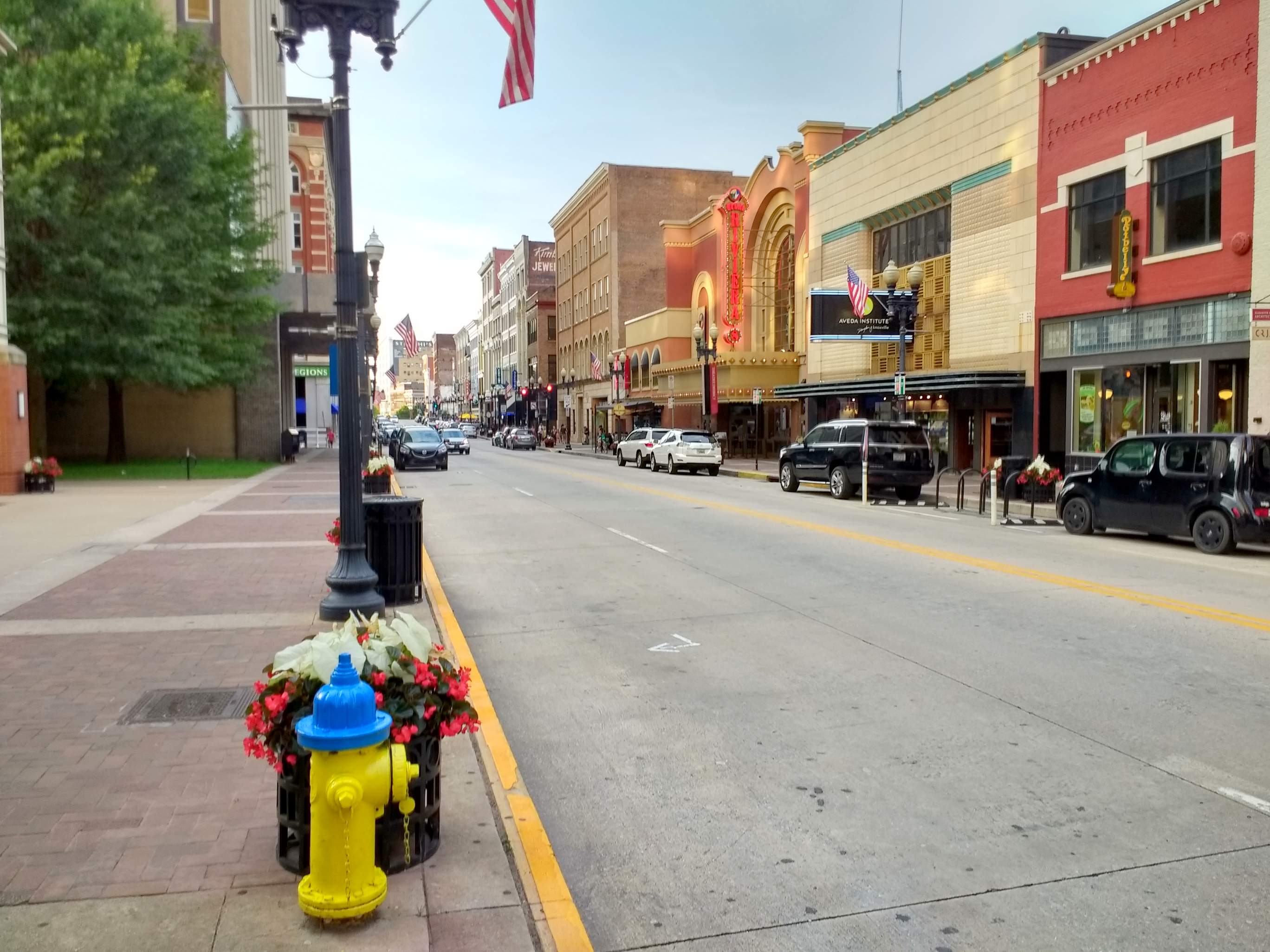 I had been to Knoxville once before, in 2005, including running around town like a bandit during a marathon. Back then I came away feeling that Knoxville was a sleepy little town with a very low cost of living in an topographically advantageous area near the Great Smoky Mountains. I also felt it was a bit segregated and conservative, without much vibrancy downtown. A place with a lot of potential, but not exactly my cup of tea.

Twelve years later, I got to spend only an evening in this eastern Tennessee city, but my perceptions changed. It looked like a very cool town.

Obviously, it’s hard to form more than superficial impressions about an entire municipality after only a few hours, but at least the part I went to—near Market Square, between Gay and Central Street—seemed to have the qualities of the great small-town downtowns across America. There were clean streets and sidewalks, a plethora of restaurants and outdoor dining, colorful buildings and landscaping, cozy boutiques and a lot of folks out and about for good people watching. It reminded me energetic downtown Asheville—a place I adore. There’s even a Tupelo Honey Café in both places.

Two years ago, my friend Bev moved from the San Francisco Bay Area with her husband to retire in Knoxville. They are currently doing a bicycle tour across the United States (see their blog) so I didn’t get to visit them, but did ask Bev for restaurant recommendations while I was in her new hometown.

“Stock and Barrel, Tomato Head, Tupelo Honey, Babalu’s—all on or near Market Square,” she replied. “Five is supposed to be good but I haven’t tried it yet.”

I felt like tacos tonight so I went to Babalu Tapas & Tacos. Good choice. It was a hip place with a central bar and chefs that seemed passionate about the food, if you believe the barista (I did). Their menu featured unusual ingredients for tacos, including redfish, shrimp, and duck. I ordered all three types. They had many more options too.

Then I ambled around the nearby blocks, and like in Asheville, encountered a group playing the African drums. Lots of people were congregating around Market Square, too. Apparently, there are a lot of live music events in Market Square most nights of the week, but not while I was there on Monday night.

Again, the place was reminiscent of the great American downtowns I have been to—just with everyone speaking with a distinctive Southern American drawl. Nothing wrong with that. I think the southern accent is charming.

I would love to return to Knoxville for a third time to form deeper impressions—and hopefully, sometime sooner than another 12 years.